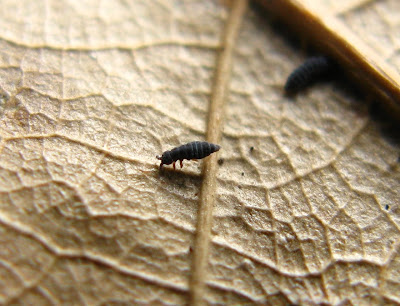 What a lazy day for me! My only outdoor experience today was the quarter-mile walk across Congress Park to St. Peter's Church and back. Since today is my husband's and my 47th wedding anniversary and we're going out to dinner tonight, I didn't feel like changing out of my Sunday-go-to-meeting clothes to put on my snowpants and longjohns for just a couple of hours. Instead, I curled on the couch with my cats and caught up with my favorite magazine, Northern Woodlands. Intended to promote forest stewardship, this quarterly magazine published in Vermont is chock full of articles that would interest all kinds of nature lovers, not just those in the timber industry.
One of my favorite features is a three-month nature calendar, called "A Look at the Season's Main Events," detailing what might be happening each week in the natural world. For example, here's what to look for outdoors in the coming first week of February:

Hawthorn fruits are nobody's favorite, but they stay on the tree and are valuable emergency food/ With body temperatures now near 40 degrees, woodchucks awaken in their burrows every few days, raise their temperature to over 94 degrees and urinate/ Beginning of the nesting season for great horned owls, our earliest nesters/ The viburnums, such as nannyberry and hobblebush, have naked buds, with no bud scales. You can see their miniature leaves all winter

And that's just one of 12 entries included for the winter season. What an incredible amount of information, and a handy guide for those of us who build our days around what's happening out in the woods!
In another section called "Knots and Bolts," I learned some fascinating facts about the sex lives of springtails, those tiny bugs (also called snowfleas) we find crawling over the snow on sunny days in February. (My photo above was taken as they crawled on dry leaves in December.) Springtails have no external genitalia and employ "a fastidiously impersonal method" of reproduction, according to Alan Pistorius, author of the article. He describes how they go about it:

A male secretes a viscous material which, by raising his posterior, is drawn up into a stalk, on top of which he deposits a spherical packet of sperm . . . called a spermatophore. . . . If a receptive female happens by, she takes the sperm packet up through her genital slit. Liquids inside her body cause the packet tissue to swell and burst, releasing the sperm for egg-fertilization duty.
If this system for combining precious genetic material seems to us haphazard, it apparently strikes a few springtails that way as well. Males of certain species build a fence of spermatophores around a likely female, a strategy presumably designed to ensure reproductive success by prompting the "eenie-meenie-miney-moe" response.

And that's not all. Lots and lots of articles about birds and bugs, critters and plants, beautiful photos and thoughtful essays, with an emphasis on caring for the environment. If you'd like a subscription, click on their website to sign up for one. You can also sign up there for a free weekly newsletter, even if you don't subscribe to the magazine. Check it out.
Posted by Jacqueline Donnelly at 5:14 PM

Happy Anniversary! I'm glad you got to spend it doing something you enjoyed. Since we ate in for our anniversary, we did suit up in our "snow clothes" and head out.

HM...sounds like a VERY good publication. I'll have to check it out! Thanks for sharing. :)

I LOVE that snowflea photo. and I checked out the magazine on their web page. Interesting articles. Thanks.