Between drenching downpours yesterday, I slipped over to Moreau Lake to check on the patch of rare Whorled Mount Mint (Pycnanthemum verticillatum var. verticillatum) I found there last fall. Well, I'm happy to report that this plant, one of the rarest in New York with only five other locations documented statewide,  is truly thriving on the sandy shore of a quiet bay.  I counted 112 specimens in fat bud, and there might have been more still hiding in the shrubby habitat. 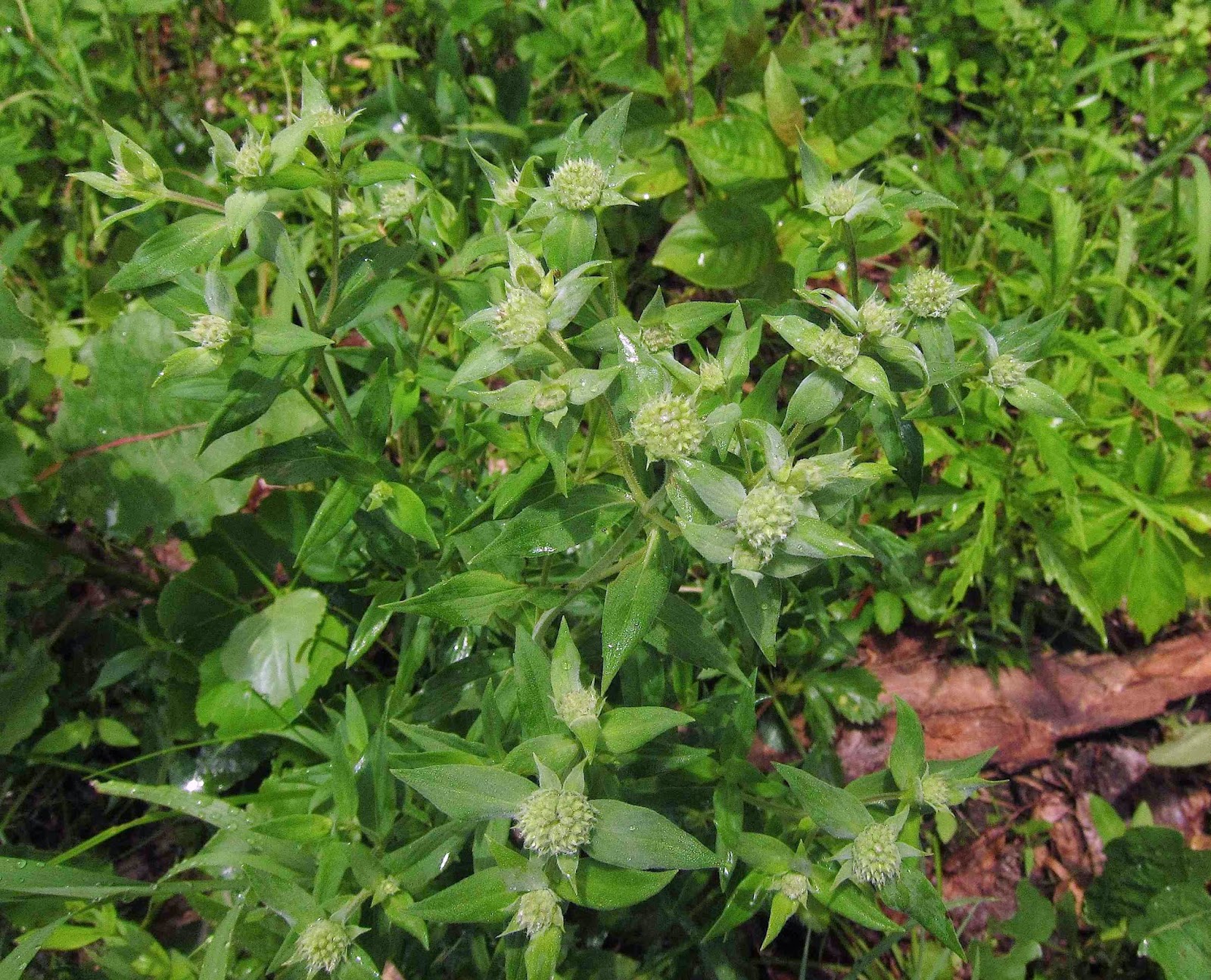 This species of Mountain Mint can be distinguished at a glance from the much more common Narrow-leaved Mountain Mint by its leaves, which are distinctly broader.  An even closer look would reveal another distinguishing feature, the hairiness of its stems and leaves.  Like all mints, its flowers are a favorite of pollinators, and I wondered it that little patch of white on one bud cluster might be a visiting moth.


No, not a moth, but rather the tiny purple-spotted white florets that will eventually turn that bud cluster into a crown of flowers.


There were other flowers blooming along the sandy shore, including this Deptford Pink (Dianthus armeria), an introduced species that is as common as the Whorled Mountain Mint is rare. Common as it may be, its little flowers (related to Carnations) are uncommonly pretty and deserve a closer look. 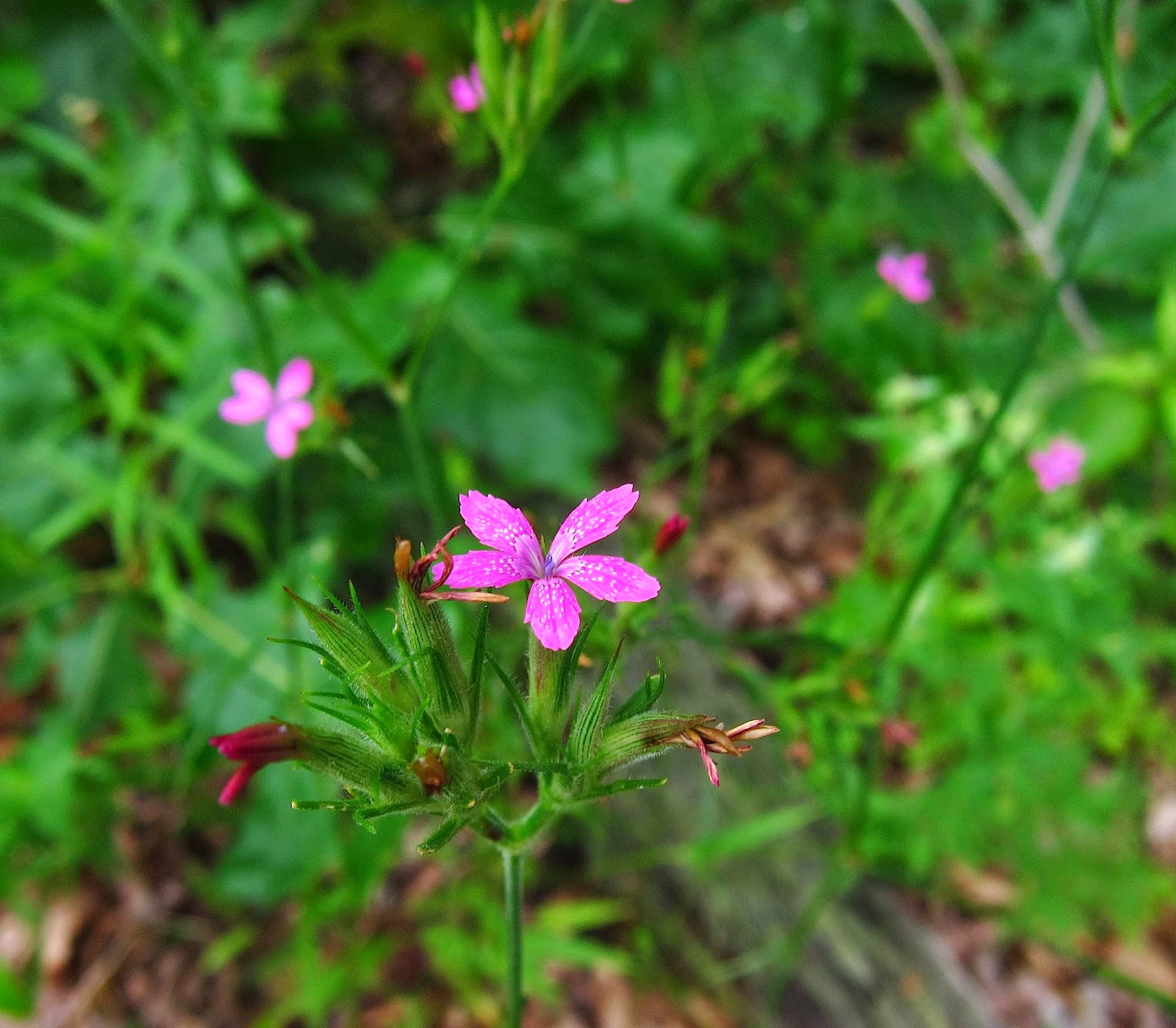 Posted by Jacqueline Donnelly at 9:38 PM