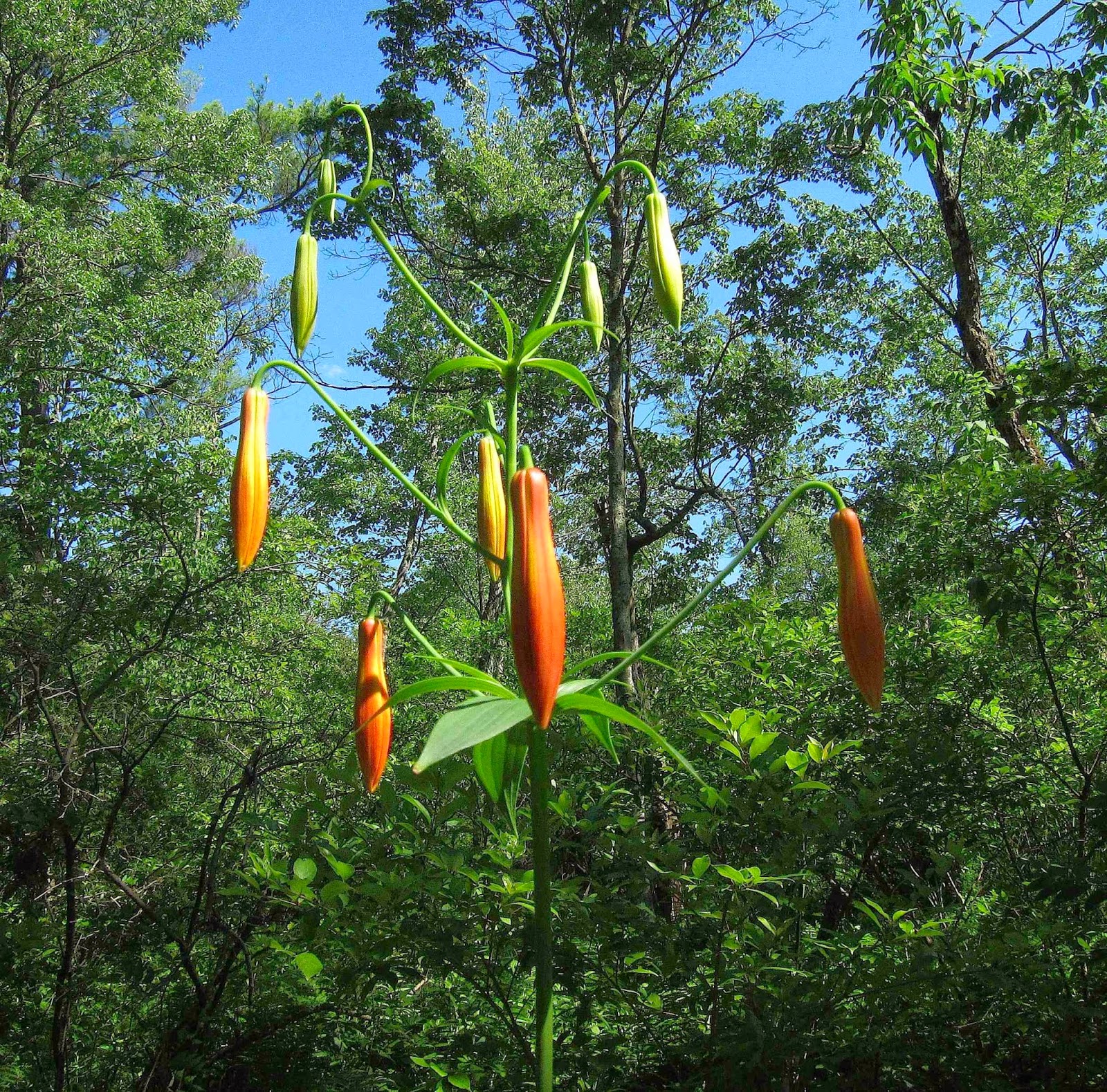 I've been stopping by the Bog Meadow Nature Trail almost every day for the past 10 days, hoping to find the Canada Lilies (Lilium canadense) in bloom.  A friend who's a wildflower photographer is willing to drive all the way up to Saratoga from Westchester County to photograph them, but that's a long way to come for nothing but buds.  When I stopped by the trail yesterday afternoon, I almost turned around and went home, for I saw that the lily plant right by the trailhead was still in tight bud, even though it had started to turn color.  But then, as I moved to return to my car, a flash of orange shone out like a beacon from back in the deep green swamp.  A sunbeam had found a way through the wind-tossed trees and picked out these brilliant blooms as they swung like bells on their stalks.

A few yards further along the trail, and everywhere I looked I saw more lilies in bloom. 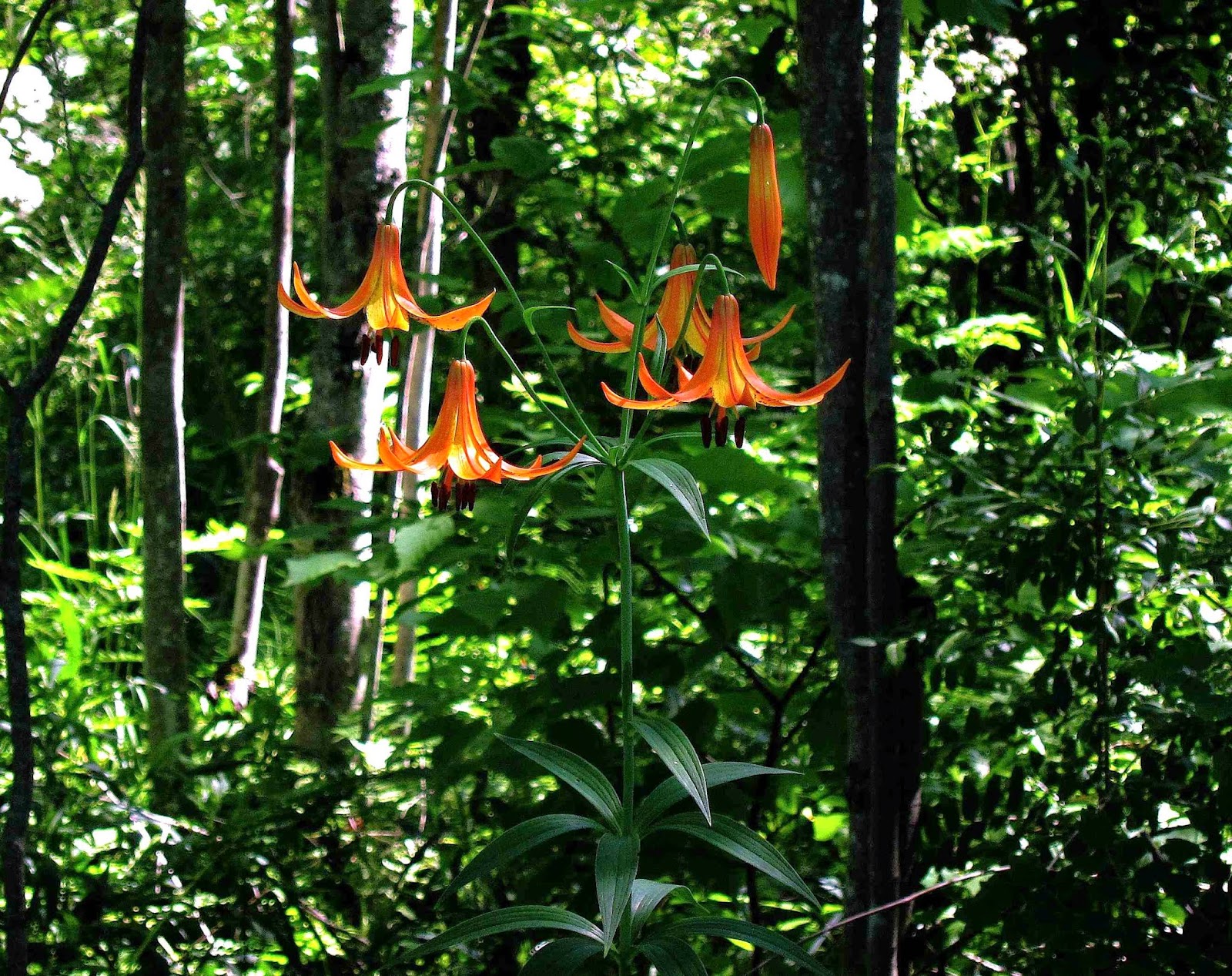 Most of the plants were well off the trail, with difficult marshy, hummocky footing between me and them, but a few were close enough to the trail that I could admire their elegant beauty from close up.


Most of the lilies I saw were the typical orange, but here and there I spied some that appeared to be a golden yellow.


Because the flowers dangle down, they hide their interior beauty from view, unless we gently turn them up to see their speckled throats and pollen-laden anthers.

Although I saw many plants yesterday, they didn't seem quite as vigorous, or as varied in color, as those I had found along this trail in past years.  This spectacular specimen with seven bright-yellow blooms was one I photographed in 2009.  Glowing like embers in the hedge behind them was another lily plant with abundant flowers so deeply orange they appeared almost red.


This is another spectacular specimen I photographed in 2012, and these are indeed a true rich red, but with a yellow underlay.


I doubt I will be able to show my photographer friend the red-flowered lilies this year, because when I went to the place where I had found them two years ago, I found only lily stems that had been bitten off by deer.  Alas!  Ah well, we can always hope the red ones will return to us in years to come.  I can attest that many lily seeds have been sown, since even now, tall stalks of the lily's empty seed ponds can be seen throughout the marsh. 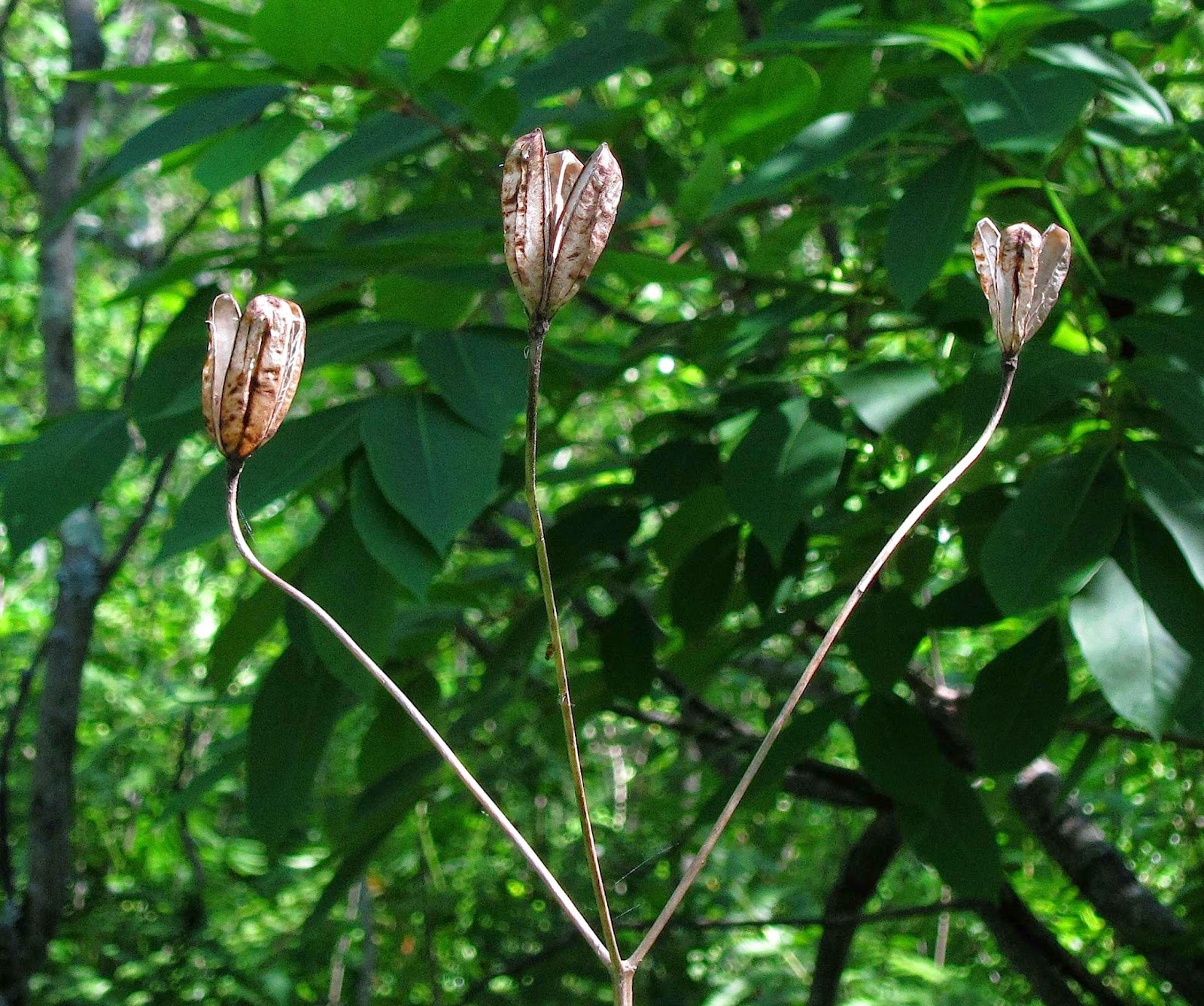 Just for the record, there were some other lovely flowers in bloom this week at Bog Meadow. Swamp Rose (Rosa palustris) was decorating the shores of (where else?) the swamp, and it was as fragrant as it was beautiful. 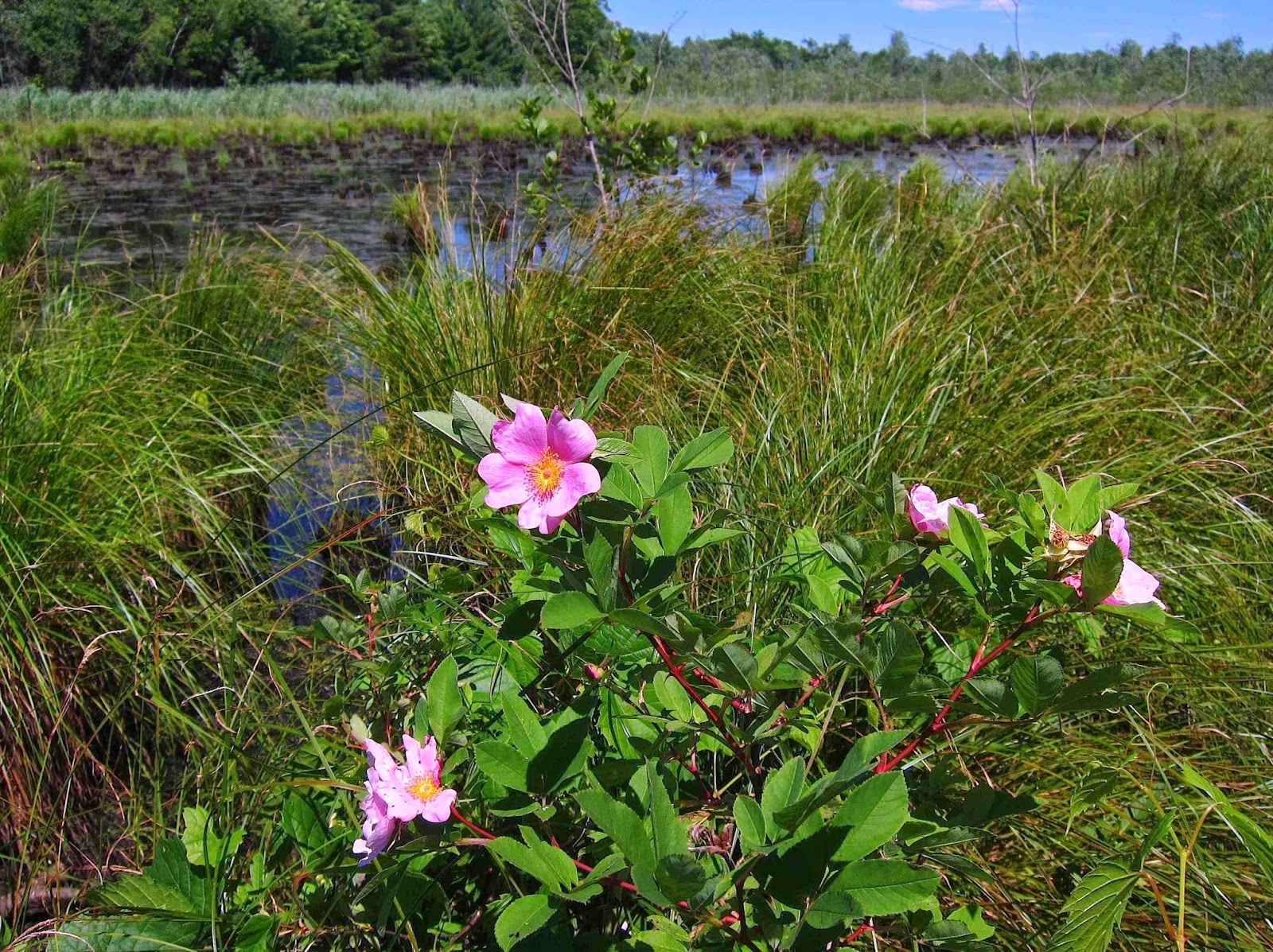 Posted by Jacqueline Donnelly at 10:54 PM

Interesting to see the difference between that and Lilium michiganense, which we have. I don't think it has as much color variation, either.

Oh, that Michigan Lily is gorgeous, with its upcurling petals and bright orange color. I was disappointed to find less color variation among the Canadas this year, and many single blooms, too, rather than the carousels of bloom so typical of this lily. Maybe they will come as the season proceeds.