Really warm today! My porch thermometer read 70 degrees by late afternoon.  Driving around the countryside, I could see that the snow was ALL gone from the roadsides and open fields and even from many wooded areas.  So what is it with the Orra Phelps Nature Preserve? Does some kind of mini-boreal climate persist there? I went there today on the chance that Snow Trillium might be blooming already, but the trails were still slippery with hard-packed ice and the woods still lay deep in snow. 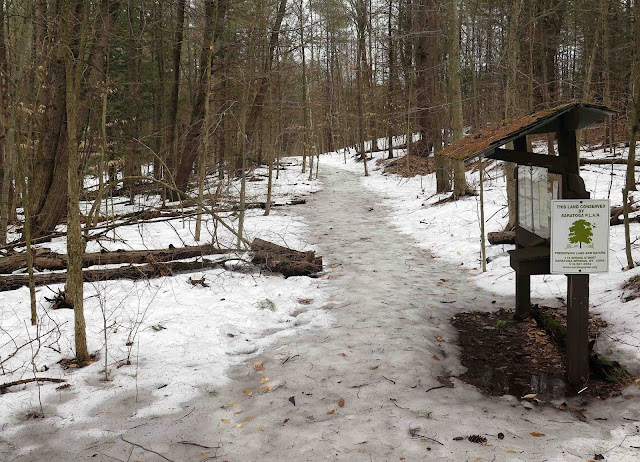 Determined to check on those wee little trilliums, I slipped and slid on the icy trails or slogged through shin-deep snow until I reached the ridge where I know the plants to grow.  Even though their particular site was snow free, I found not a sign of the trilliums as yet.  Some years they surprise me, bursting into bloom well before the snow has melted in the hollows and nighttime temps still fall well below freezing. But not quite yet, this year.

Reluctant to retrace my steps on the steep and icy trails, I headed instead directly through the woods to Parkhurst Road and walked the roadside back toward the parking area.  Glancing into the woods, I was startled to see this extensive patch of yellow blooms spreading across the forest floor. 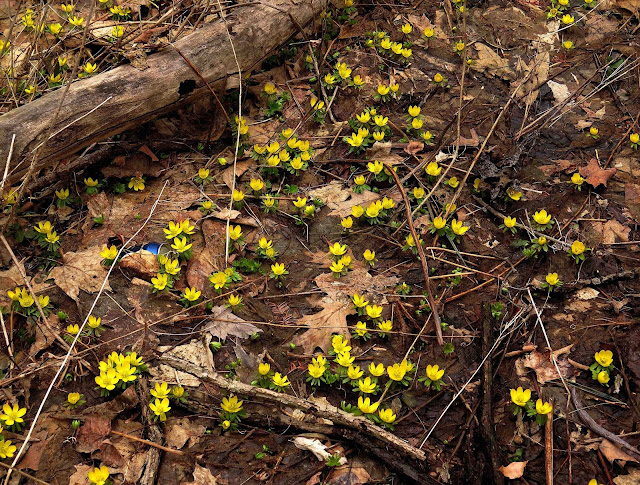 My first response on seeing these flowers was Oh no! Could this be a patch of that horribly invasive Lesser Celandine?  But a closer look revealed that these bright-yellow blooms belonged to the very- early-blooming garden flower called Winter Aconite (Eranthis hyemalis).  This Buttercup-family plant is not a native wildflower, but it's not considered to be invasive, either, as far as I know, even though it is known to naturalize in wooded areas.  Such a pretty patch of posies!  This must have been somebody's garden, long ago. 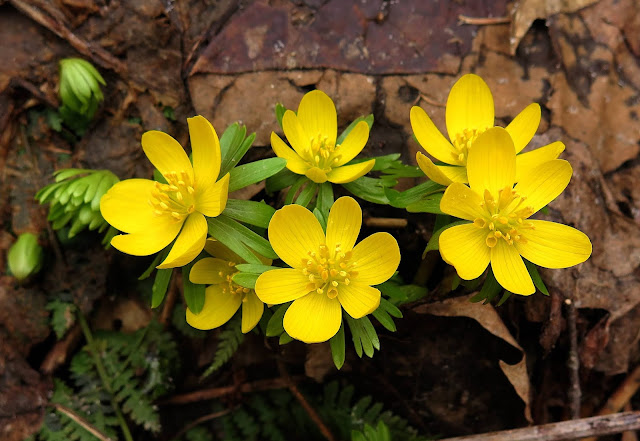 And here was further proof of a former garden persisting in the woods, a large patch of another early- blooming garden flower called Snow Drops (Galanthus nivales) nodding its pretty white blooms adjacent to the patch of Winter Aconite. 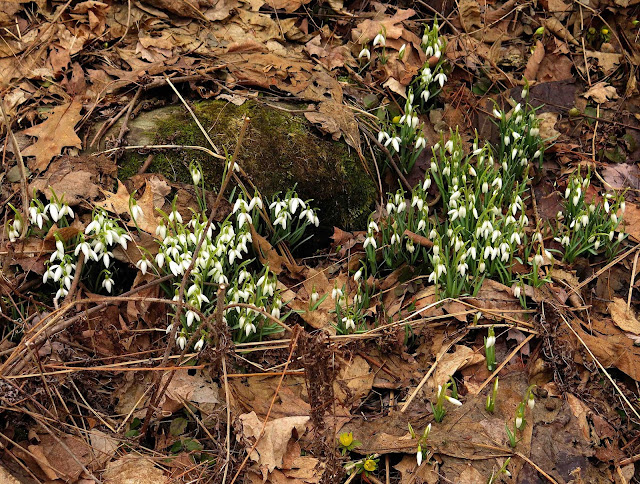 Ah yes! I also found the remains of a low stone wall and a few moss-covered steps, further signs that humans had once cultivated a garden here.  The woods and the roadside shrubbery had grown up to nearly hide it, but those masses of bright-yellow blooms sure gave its secret away! A nice surprise on an otherwise disappointing day. 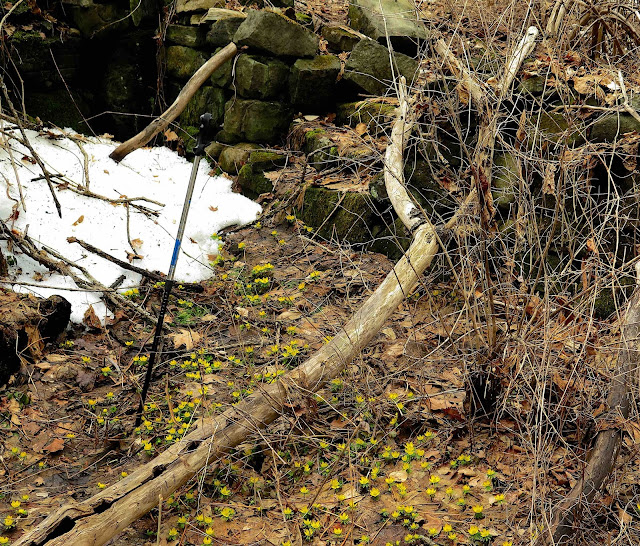 Posted by Jacqueline Donnelly at 11:21 PM

Amazing to see anything in bloom, even garden flowers. We haven't had so much as a crocus yet, although there are a few green leaves peeking out in the garden and the currant bushes have small grey buds.

It's interesting to see the plants around old cellar holes: myrtle, iris, lilac, cultivated columbine, snowdrops like you found, phlox, even some oddball shrubs like Japanese holly.