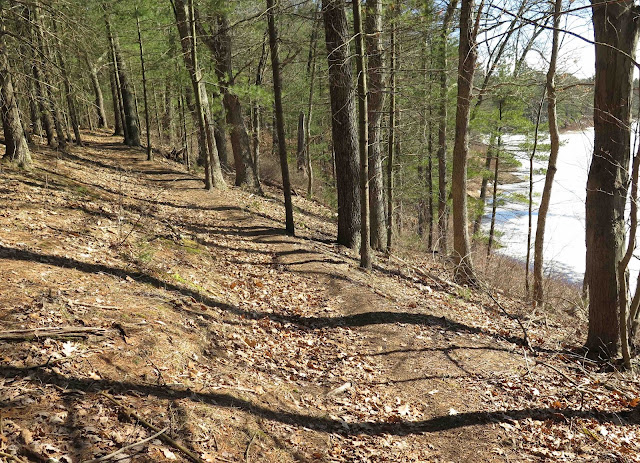 Oh happy day!  I found a woodland trail completely free of snow and ice today!  Well, parts of it were anyway, whole sections of the trail that circles Mud Pond at Moreau Lake State Park, the parts that get the full force of the afternoon sun.  What a treat it was, to feel softening earth cushion my steps as I strode along, kicking through crispy dry leaves that crackled beneath my feet for the first time this spring.

It felt so balmy today, I let myself enjoy the illusion that all the green things sprouting up from the forest floor were more signs of spring, even though I knew that plants like this Fan Clubmoss (Diphasiastrum digitatum) were really evergreen plants that had wintered over under the snow. 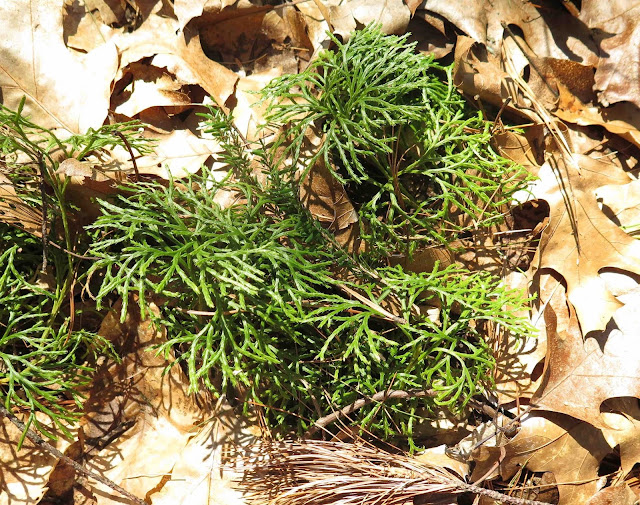 Pincushion Moss (Leucobryum glaucum) also looked remarkably fresh and green, having only just emerged from under its winter blanket. 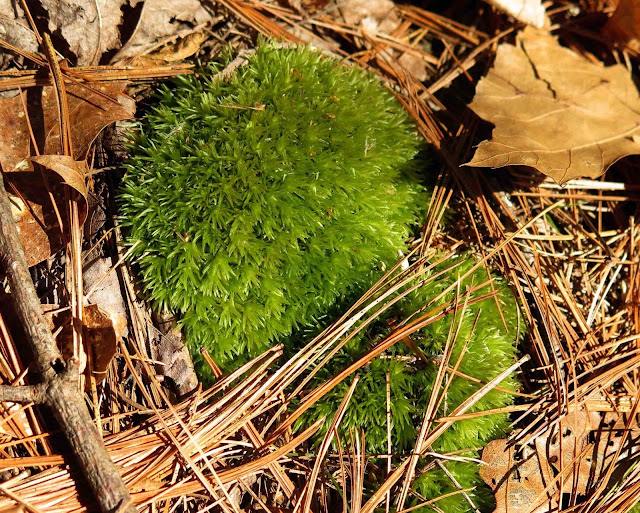 Large patches of Partridgeberry (Mitchella repens) did look a bit winter-weary, having been pressed flat by the weight of snow until just this week.  But the leaves were as green as ever.  I could imagine them greedily photosynthesizing, stoking up on the strengthening sunlight as this lovely groundcover prepares for a new season of growth and flowering. 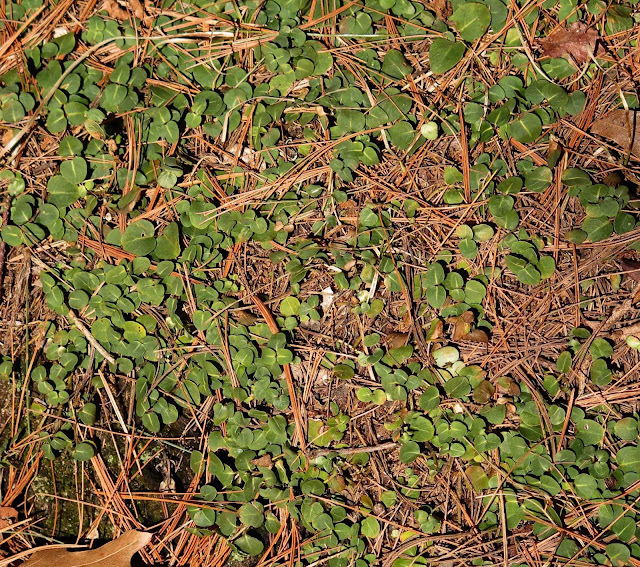 And then I found THIS!  This wee little wispy bunch of lipstick-red pistils sprouting out from a cone-like bud is the female flower of American Hazelnut (Corylus americana), among the earliest of our flowers to bloom in spring. First comes Skunk Cabbage, then Coltsfoot, and now, at last, American Hazelnut.  The floral floodgates have opened! 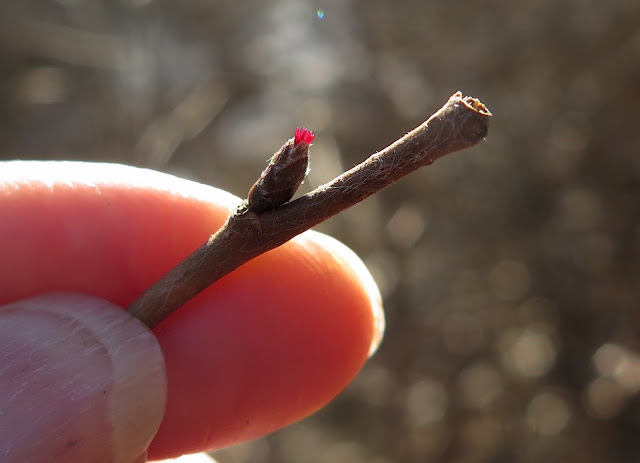 When I first passed this patch of Hazelnut shrubs an hour before, my diligent searching had found not a single flower.  Was it the one more hour of sunlight's warmth that had teased them into sprouting?  Or had the changed angle of sunlight caused these vivid little blooms to glow like rubies and thus catch my eye?  Whatever the reason, I now found many little sprouts among the twigs.  Even a few that were doubles! 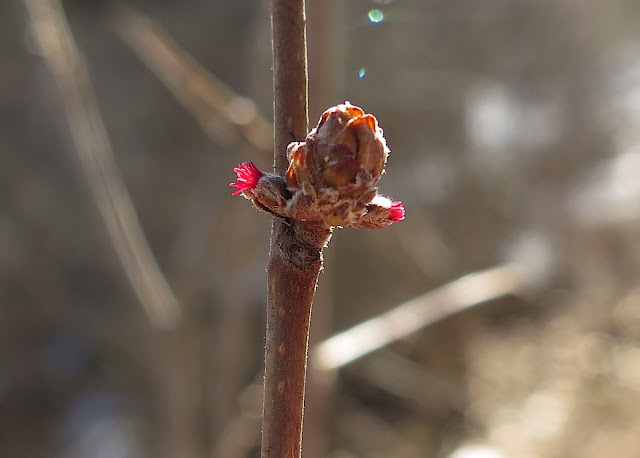