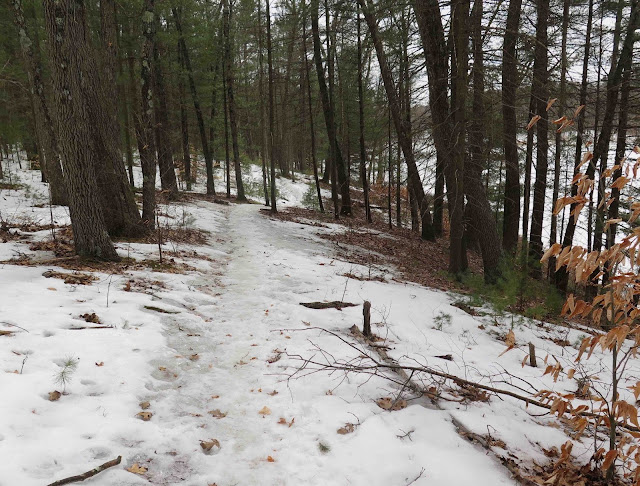 OK, we had one warm day.  And Spring is officially due to arrive tomorrow.  But Winter is saying "Not so fast," and keeping us in its grip still, with temps down into the teens at night and warming only a bit above freezing during the day.  As a result, the packed-down trail around Mud Pond was still covered with slippery hard ice, so I had to don my ice-grippers when I walked there yesterday.

But I did see the ice at the edge of the pond was retreating a bit.  I had chosen to walk on the pond's frozen surface to avoid deep snow in the woods, and now I was searching for where I could climb back onto land without plunging up to my hips in icy water. 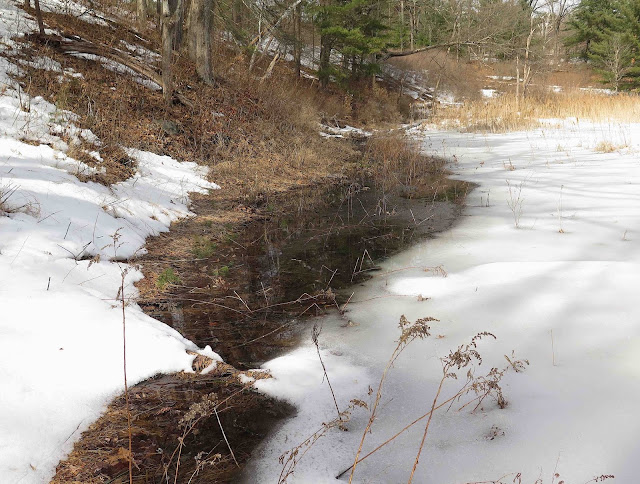 Eventually, I managed to climb safely back onto the bank and up a hill to a big patch of American Hazelnut shrubs (Corylus americana). Ooh, those catkins were definitely longer than I had seen them a few weeks before!  Were they shedding pollen now?  Would I find any tiny red sprouts of the female flowers studding the branches? 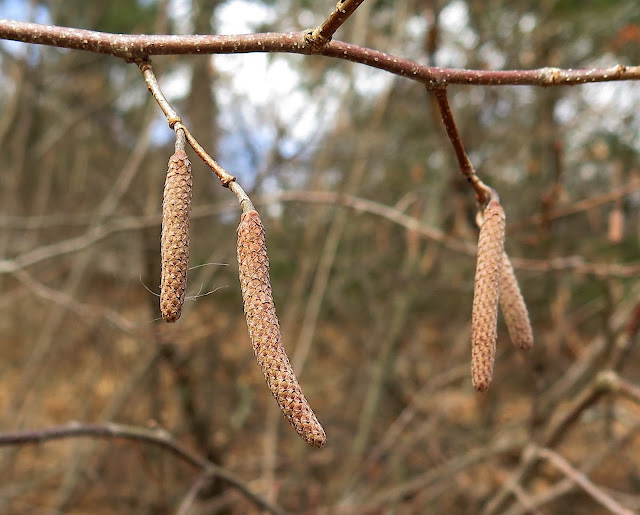 No.  No pollen wafted as yet from the still-closed catkins, and no tiny red female flowers appeared among the branches. But I did find this fascinating stuff called Glue Crust Fungus (Hymenochaete corrugata) coating some of the hazelnut twigs.  See how this fungus appears to glue some twigs together?  That is the fungus's strategy to hoard dead hazelnut twigs for itself, gluing the dead twigs to some living ones high in the shrub so they wouldn't fall to the ground, where other, rival fungi could compete to consume them.  Sometimes, Nature absolutely astounds me!  Who knew that a fungus could strategize like this? 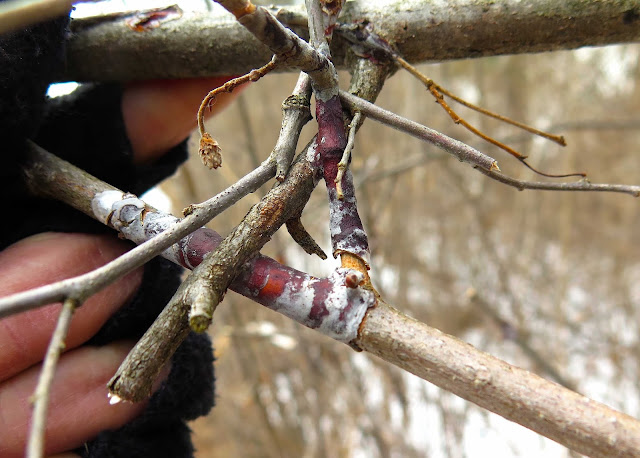 Posted by Jacqueline Donnelly at 1:01 PM

Still a little chilly here too.

We've had a lot of warm days lately, but aome mornings down in the teens as well.