Since I've been keeping this blog for almost 11 years, it interests me to look back over former posts  to compare how seasons progress from year to year. Just one year ago, I was walking sun-warmed shores at Moreau Lake, finding an aster or two still in bloom and having to unzip my light jacket before I had walked even half-way around the lake.  This week, bundled up in a down coat and with wind-chilled ears wrapped in a scarf, I found the snow-covered shore too icy to navigate, even though the lake itself remained mostly open.  By mid-afternoon, the sun had dropped behind the western ridge, leaving the landscape bathed in a wintry gray.

Despite a couple of single-digit nights, the water remained unfrozen out on the main part of the lake, providing a resting place for hundreds of migrating Canada Geese, whose constant muttering and hooting echoed from the surrounding mountains. 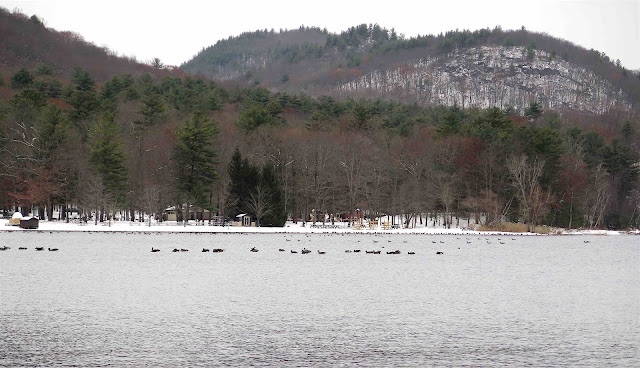 I took the two photos above last Thursday, and when I returned to Moreau Lake on Sunday, I found the lake's quiet coves now partly covered with thin ice. Hordes of geese still remained, with as many perched on the ice as were swimming about in the water. 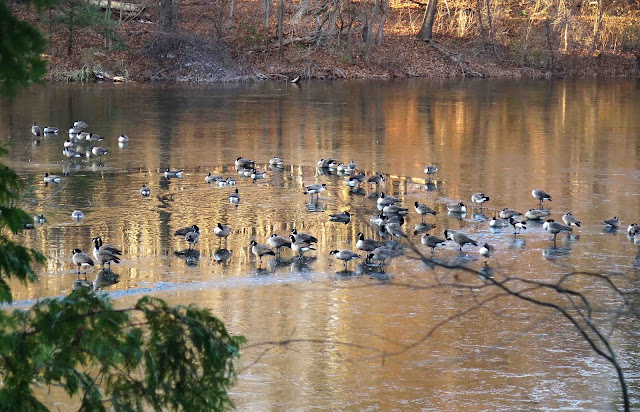 A solitary Hooded Merganser drake found a patch of open water all his own. 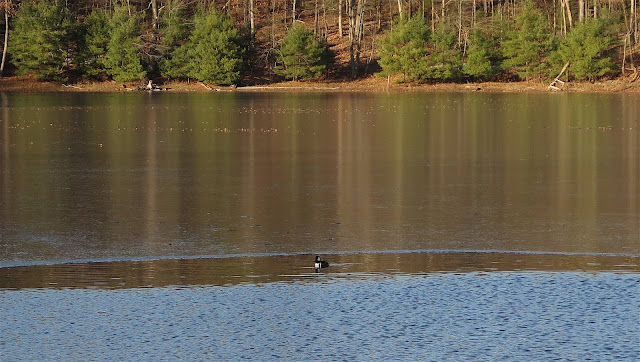 Posted by Jacqueline Donnelly at 4:25 PM

Ooh, I'd love to peruse those geese! I have been looking for years for a Cackling Goose and I check every single flock we see. Lovely photos!

Although we've had some cold days down here, it's mostly been pretty warm -- climate change stinks!