With all the news of terrible fires out in California, widespread flooding in Nebraska this past summer, Category 5 hurricanes on the coast, and super-tornadoes in the midwest, I had been thinking that we in northeastern New York sure had escaped unscathed by the effects of climate change.  But then came the Halloween night storm, dropping up to 5 inches of rain in a few hours, and with winds approaching 60 miles per hour tearing through the forests of several Adirondack counties, including parts of my home county, Saratoga. We in downtown Saratoga Springs did not suffer much damage, aside from a few toppled trees, but just a few miles north of us roads and bridges were destroyed, homes were flooded, power outages were widespread, and an 80-year-old priest was swept away and drowned when he tried to exit his flooded car.

I knew that priest, his name was Tom Connery and he used to visit the same retreat center I often frequented. So that made the severity of this storm come home to me in a very real way. And so did the storm-ravaged scene pictured here, of a portion of Lake Desolation Road destroyed by a raging flooded creek, not much more than 10 or 15 miles from my home, and a road I often travel to reach some favorite paddling waters. 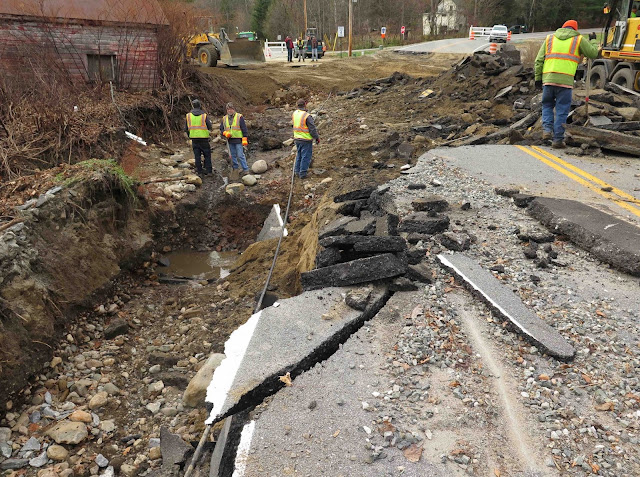 Just down the road from that devastation, the creek that caused it all looked so innocent today, babbling quietly along, and keeping well within its banks. This was the scene looking downstream. 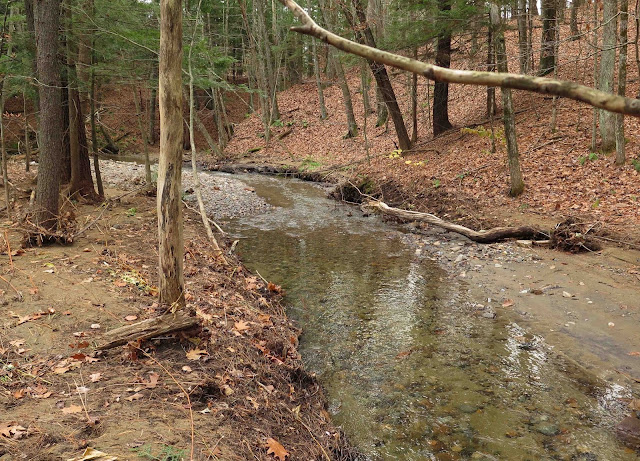 But when I turned to look upstream, evidence of the creek's massive destructive power lay all about, in gouged-out banks and toppled trees. 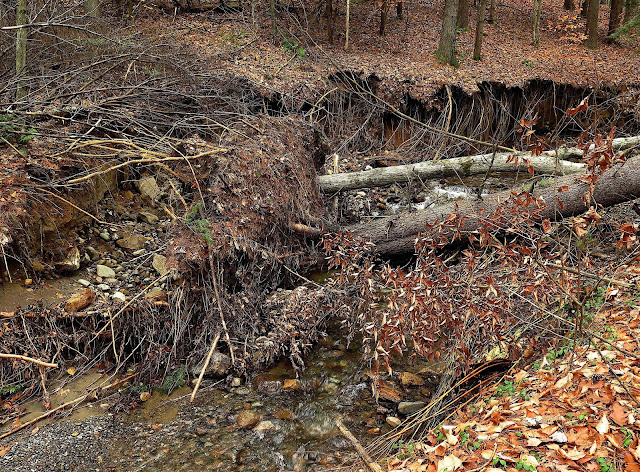 These broken trunks indicate that wind as well as water might have contributed to their destruction.  Or maybe the impact of that big uprooted White Pine as it crashed through the woods was enough to snap off other trees that stood near it. 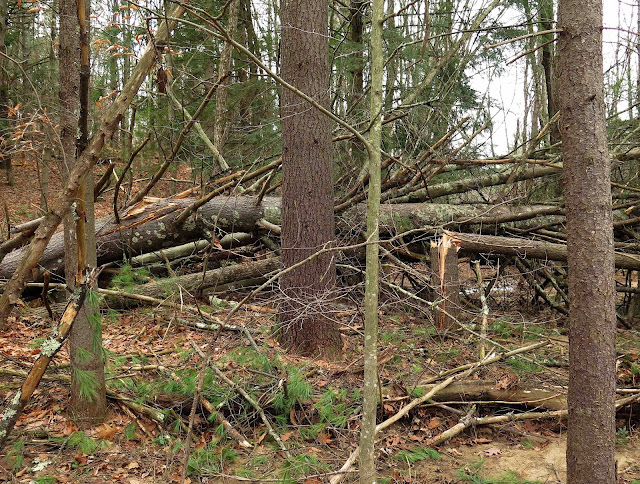 The crown of the pine lay close to the road.  It appeared that branches had been trimmed to clear the road, so that road crews could drive their heavy equipment to the washout site just up the hill. 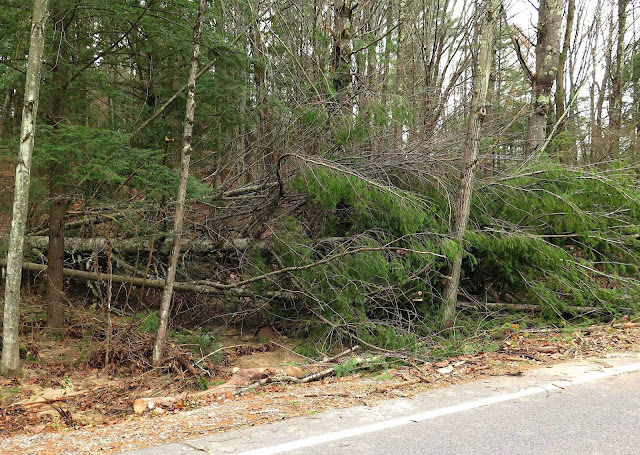 I think it will be some time before this road is repaired. And from reports that I've seen from around the region, of many other roads and bridges destroyed, there will be lots of work for road-repair crews for quite a while to come. 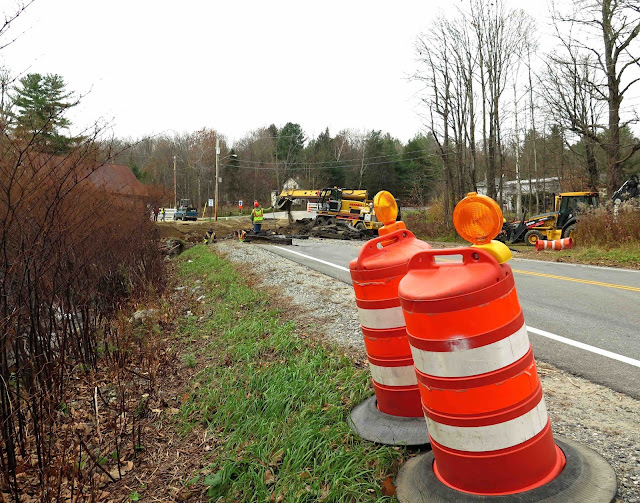 Posted by Jacqueline Donnelly at 10:17 PM

WOW! water is powerful and we are coming into winter

I have been awed by the repair efforts. I heard this morning that the road north from Northville is already open!

That's pretty severe damage! Here I'd say it's the "gales of November", hitting a little early.

All too many people underestimate the power of water and how quickly it can move. The recent torrential downpours are what the climatologists predicted would be one of the results of climate change.