I know they're around, the Bald Eagles, because all my friends have been seeing them. But not me, despite my diligent efforts.  So I didn't really have my hopes up when I snowshoed around Moreau Lake yesterday, having heard reports that an eagle was feeding on a deer carcass laid out on the ice along the back bay.  I would just enjoy the expansive view of forested mountains ringing the lake, the low sun like a round golden pearl,  its soft glow barely penetrating the veil of clouds that were wafting a fine mist of snow.  I did let my eyes survey the row of trees along the shore, but at first glance, I could not see any eagle perching there.

But wait!  Is that a bit of snow up high in that tree?  Or is that an eagle's white head? 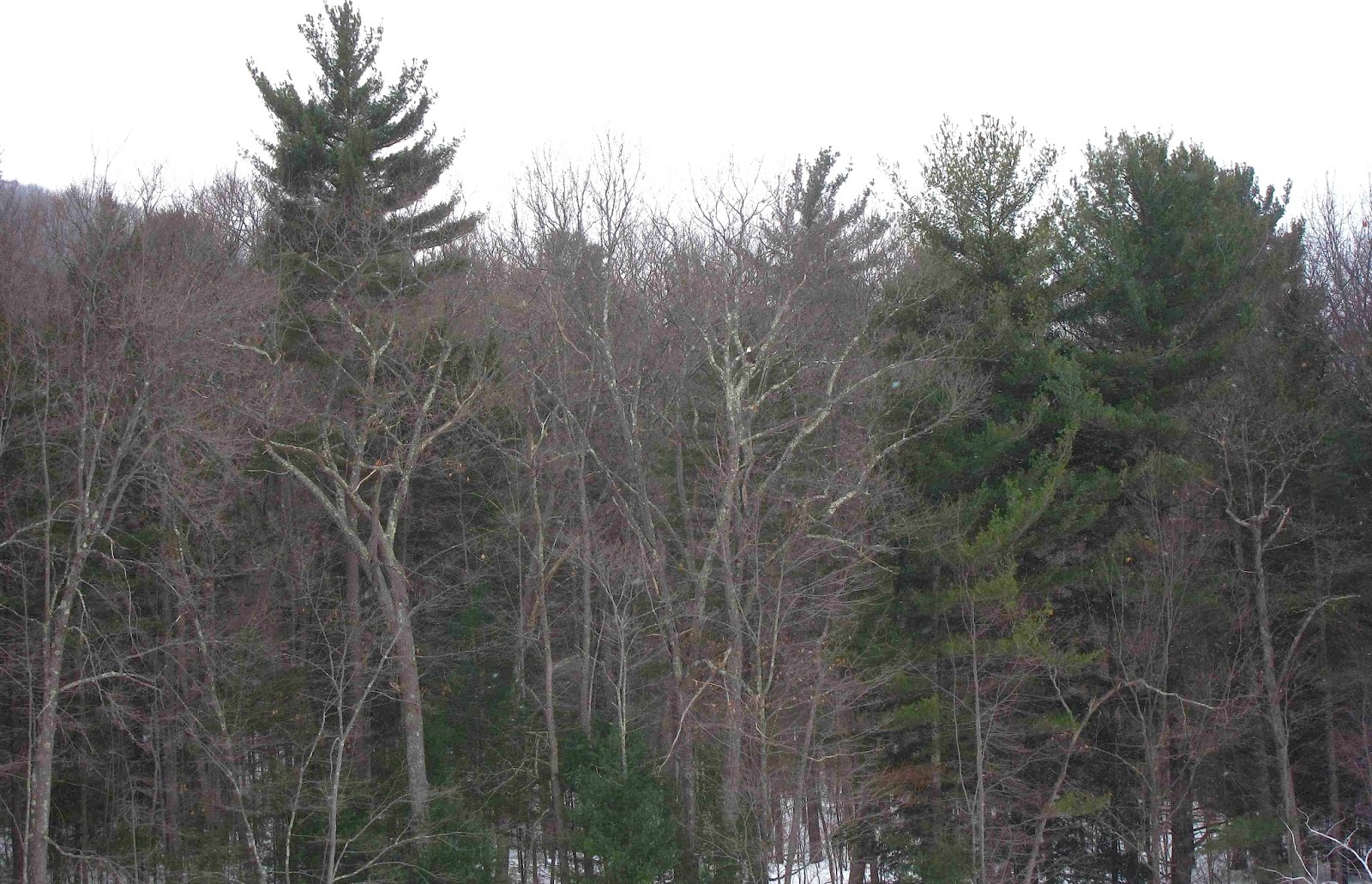 My camera's zoom lens could see better than my eyes.  So I saw my Bald Eagle at last! 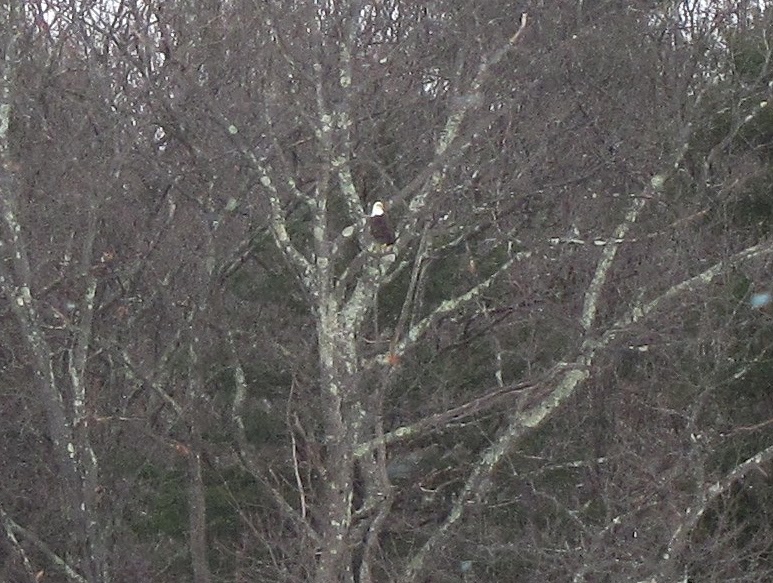 As I tried to creep closer to obtain a better view, I began to see remnants of the deer carcass scattered across the ice. 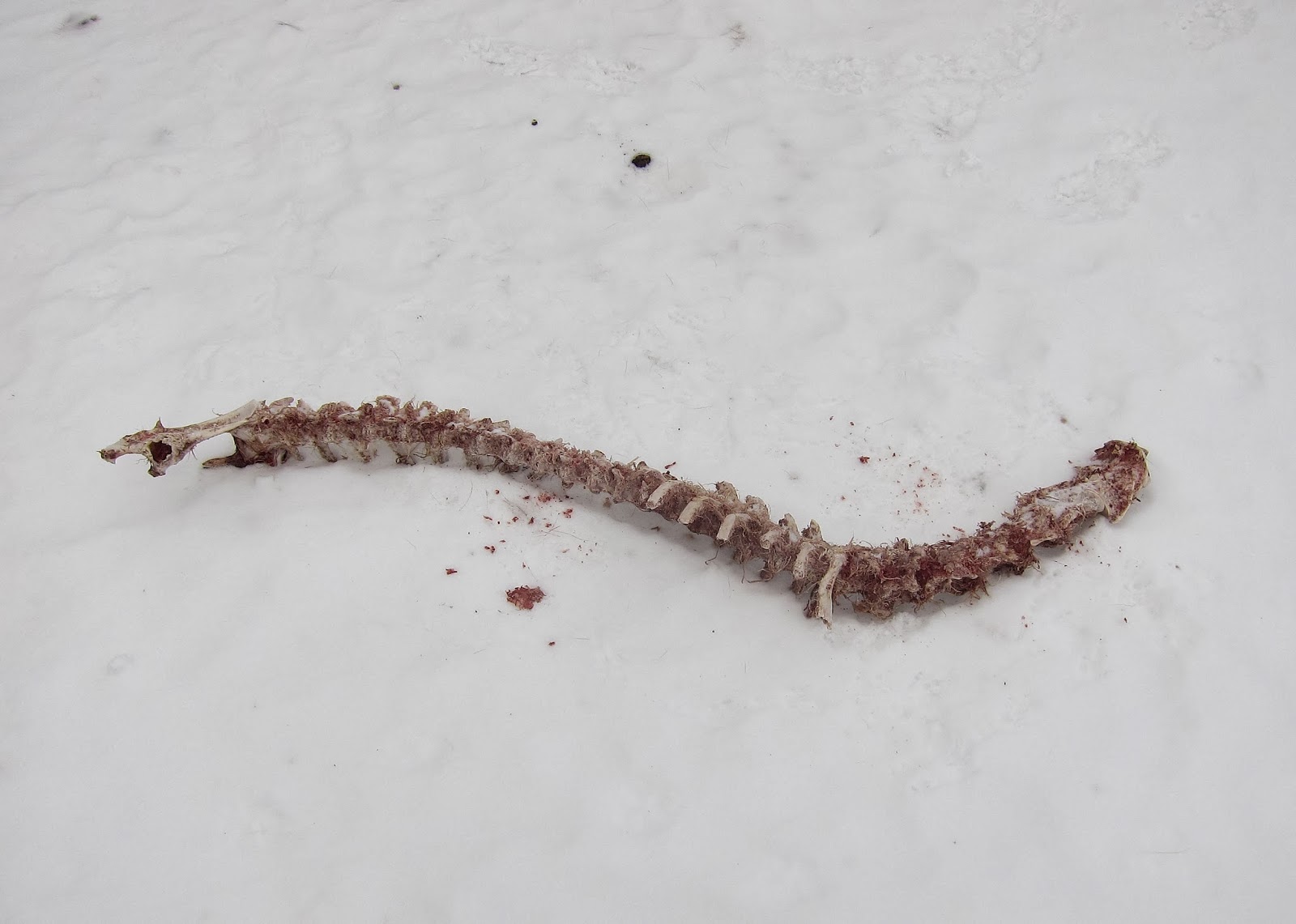 There was still quite a bit of dead deer remaining below the eagle's perch, but it was such a bloody mess I won't post its photo here.  At my approach, the eagle flew off, swooping over my head and winging across the lake to disappear beyond the far shore.


Surrounding the carcass were prints from the many animals who had moved in to share the feast: coyotes, mostly, but also ravens and crows.  Most of the prints were muddled by all the commotion, but I did see this series of crow prints tracing a rather elegant pattern on the snow-covered ice.  It made me think of a Greek frieze or a wallpaper border print.  Pretty.

Here's where a crow landed, its spreading tail feathers leaving an imprint that looks like a Thunderbird.  Very cool! 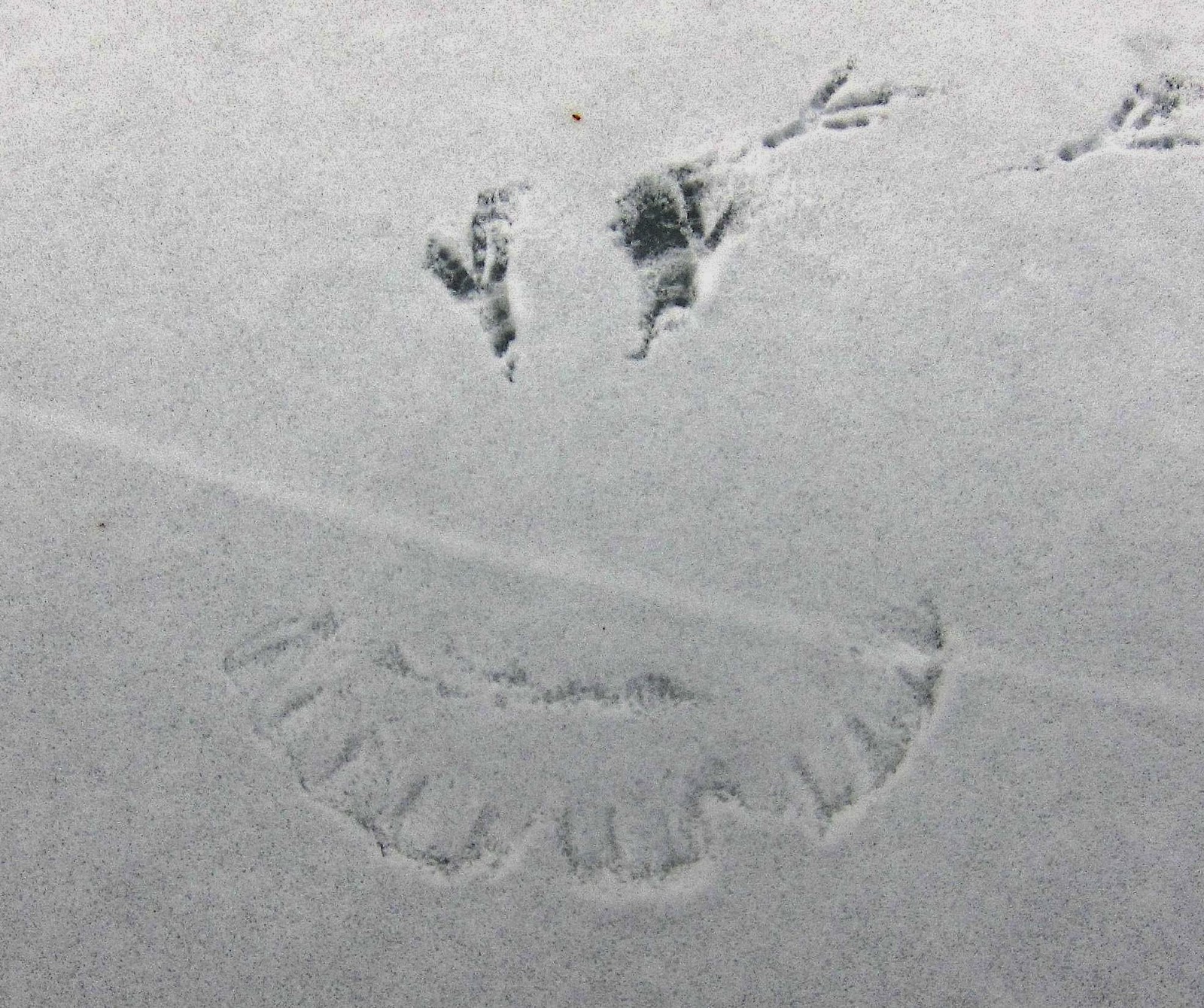 Posted by Jacqueline Donnelly at 10:07 PM

Wow, what wonderful photos! I love the traceries the birds leave in the tender new snow, but that crow print is simply spectacular. Congrats on your eagle.

Great spotting, and fascinating tracks in the snow. I've never seen the mark made by tail feathers, just the wing marks left by grouse taking off.

Hi Jacqueline. I just found your blog when I looked for some work by the artist Anne Diggory and saw your story from a few years ago about seeing her work during a studio tour. I love the way you look at the world! I just subscribed to your blog and look forward to seeing more.

Jackie
Our son Chris tells us of the Bald Eagles by the bridge in Stillwater, and we have gone over there twice to try to see them, with no luck.
So we share your excitement at finally seeing your own eagle. Very surprised that the eagle was not near open water, but they do enjoy a feast when it is there for the taking.
Keep up the good work, we enjoy your blog immensely.
John and Mary O'Connor