Slogging Through Mud for Mermaid Weed

Just a week ago, while paddling the Hudson River at Moreau, I found the feathery-leafed plant in the photo above, and didn't have a clue what it could be.  It had neither flowers nor fruit that might lead me toward its identity, but thanks to my more knowledgeable friends in the Thursday Naturalists, I now know that this is Mermaid Weed (Proserpinaca palustris).  After looking at plant distribution maps, I found that there was no record of this plant existing in Saratoga County, so today I went back to where I had found it, hoping to obtain a specimen to document its existence here.


It was certainly a lovely day for a paddle on the river, with a bright sun feeling pleasantly warm on an otherwise cool and breezy day.   As I approached the site where I'd beached my canoe last week to explore the shoreline, I could see that the water level had fallen considerably since last I was here.  I had difficulty getting close to the shore because of the shallow water and protruding rocks. 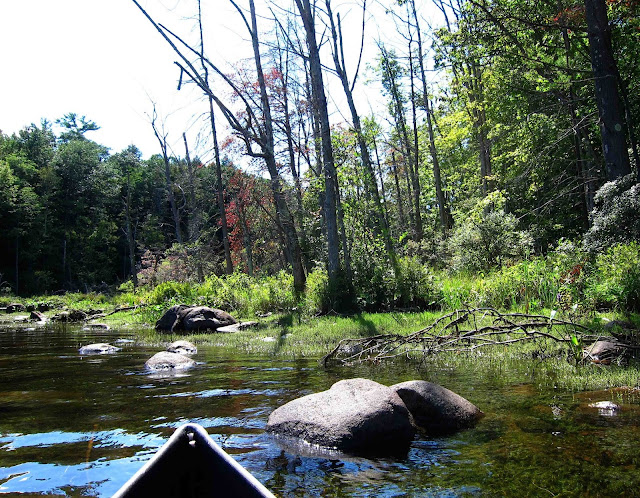 Up and down the shore I paddled, scraping along over underwater rocks and hitching my way across muddy shallows, finally choosing a spot I decided offered the most promising access to the firmer ground onshore.  I plotted my route from canoe to shore by hopping from rock to rock, but I still had to slog through ankle-deep mud at times.  I was careful to tighten my shoes before setting out. 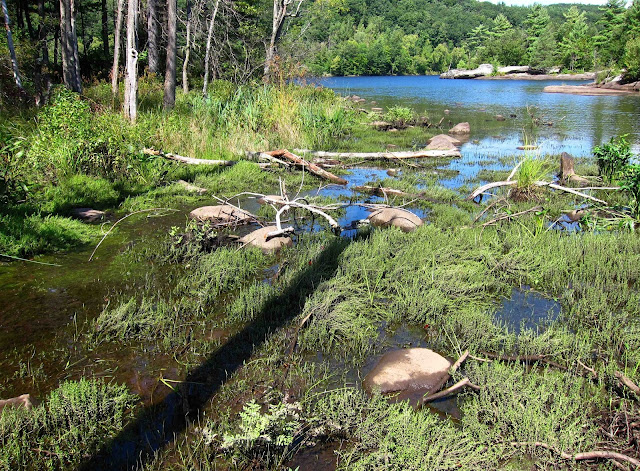 I thought I knew exactly where I had found this plant a week ago, a big patch of it spreading across the shoreline it shared with Water Purslane and Golden Pert.  But today it eluded me.  Back and forth I went, scouring the area, pushing aside the Sneezeweed and Cardinal Flower, starting to think I must be going nuts when lo!  there it was!  Not the same patch I'd found last week, but this one was even better.  These plants were full of fruits!  All the better for collecting a specimen for herbarium inclusion, especially since there exist two varieties of this species, distinguished one from the other by their fruits.  I'm pretty sure that this variety is P. palustris var. crebra. 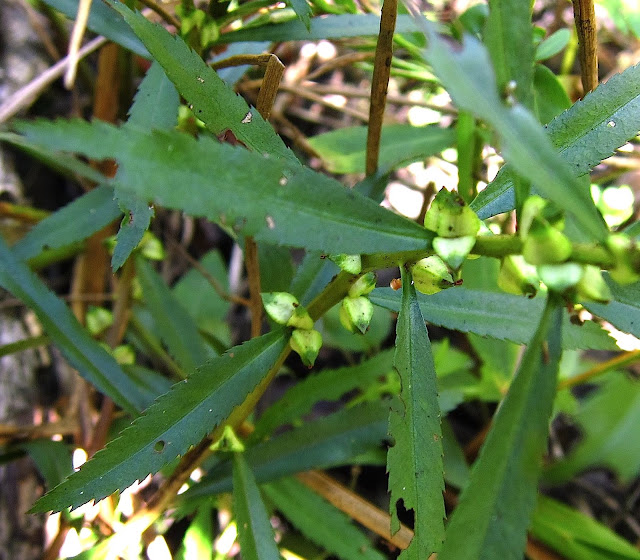 This time I recorded its GPS coordinates, so I'll always be able to find this site again.  I'll want to return next summer to obtain a photograph of its flowers. 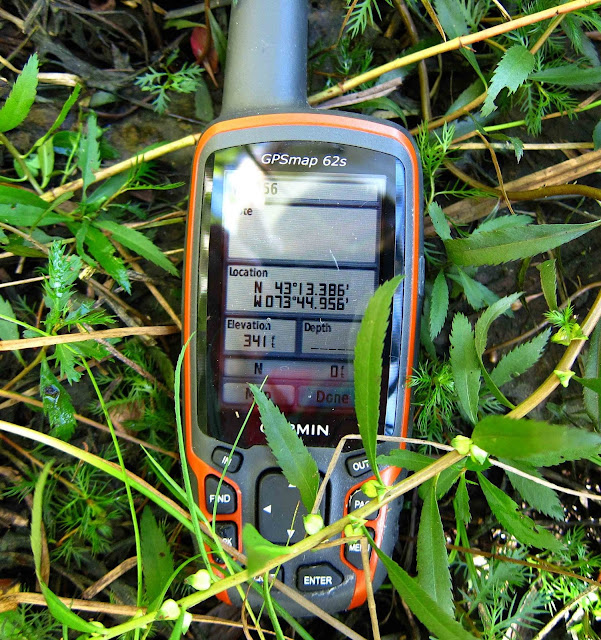 My mission accomplished, I looked around to see what else might be of interest.  There were lots of fascinating things, of course, but one of the prettiest to behold was this cluster of Marsh St. Johnswort seed pods, colored a deep ruby red. 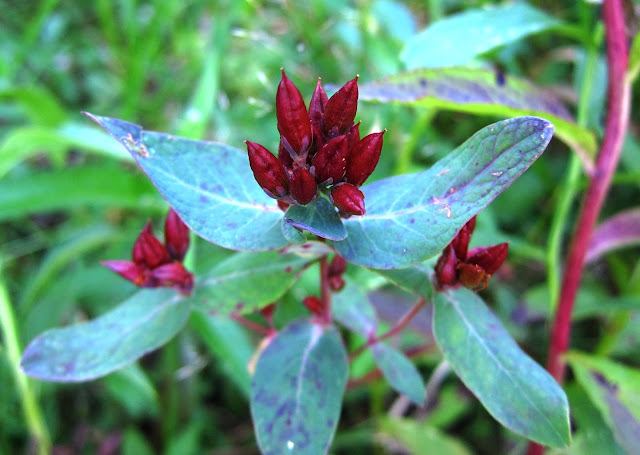 Even more brilliantly red was this male White-faced Meadowhawk , who actually stayed put long enough for me to take his picture.  Thank you, you handsome dragonfly. 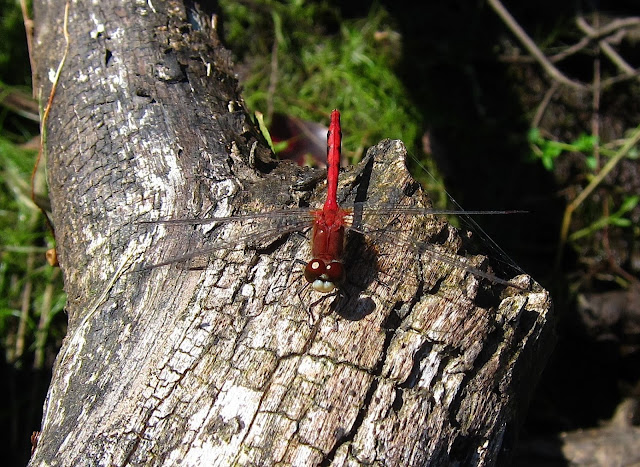 Posted by Jacqueline Donnelly at 8:42 PM

That's certainly a plant I'm not familiar with, and I'm beginning to wish we had a Thurs Naturalists group here. GPS are good for hat sort of use; I use one a lot in my trail volunteer work.

Thank you for slogging so that might enjoy this discovery with my morning coffee, dry, and postponing my Saturday appointment with a paint brush and can.