A grey day, not very cold.  No particular outdoor adventures beckoned, but I wanted to walk for exercise, so I decided I might as well walk along the river as anywhere else.   The wooded banks along Spier Falls Road always offer a pleasant prospect, and there's always the chance of spotting eagles or wintering waterfowl. 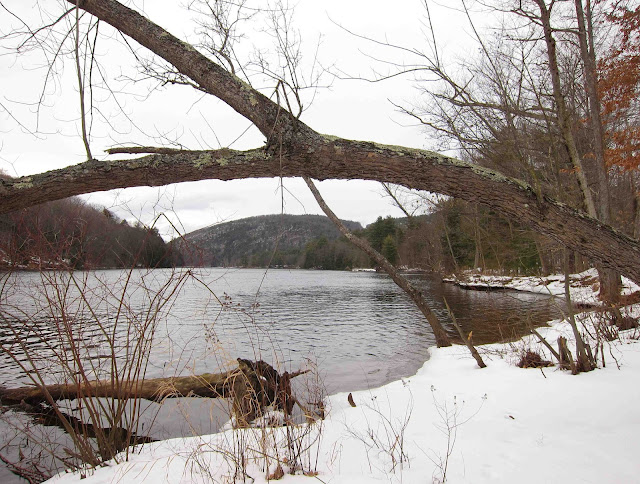 Although the snow is now crusted over, it's not very deep, hardly reaching the top of my boots, so the walking was easy.  Below Spier Falls Dam, the river was running wide open.  The wooded area between the river and the road was criss-crossed with many animal tracks, but the prints were too degraded for me to make out any crisp outlines.  I would guess, though, that this trail, with its side-by-side prints, was made by a Fisher. 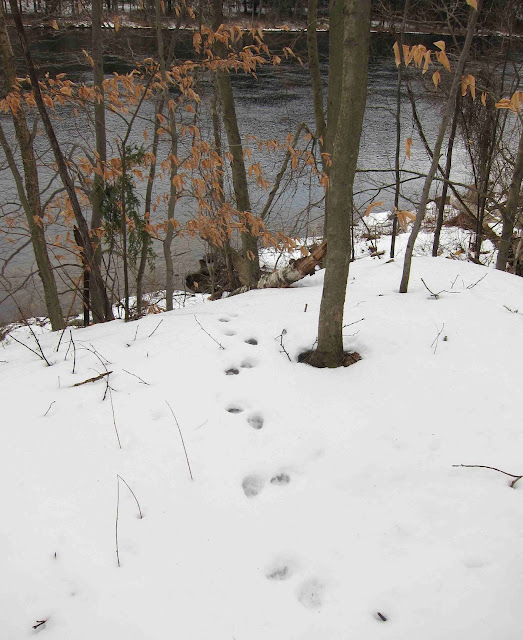 After walking a mile or so close to the river's edge, I made my return by crossing the road and climbing up a hill to reach the powerline access road that runs along the side of the mountain.  This is also a pleasant place to walk, with a view of the river through the trees below, and a deep forest climbing to ledges high above. 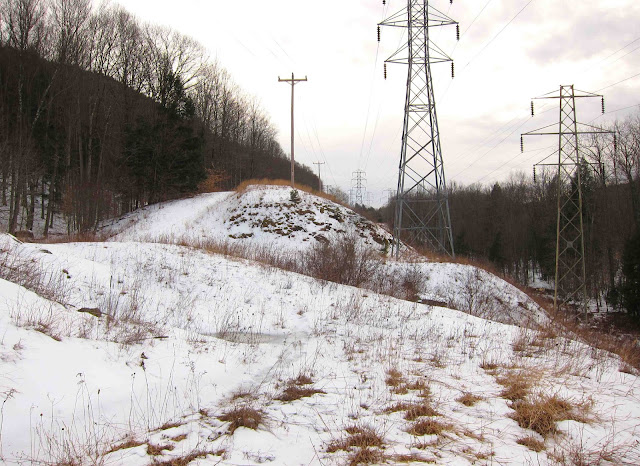 There were many well-worn deer trails up here, especially around the many Hawthorn trees that line the road.  I did not see any fruit left in any of the Hawthorns, but I did find this bird's nest tucked in among the thorny branches that were entwined with  Oriental Bittersweet vines containing some leftover berries.  Looks like a nice safe place to rear a brood of baby birds.  Anyone know which bird made this nest? 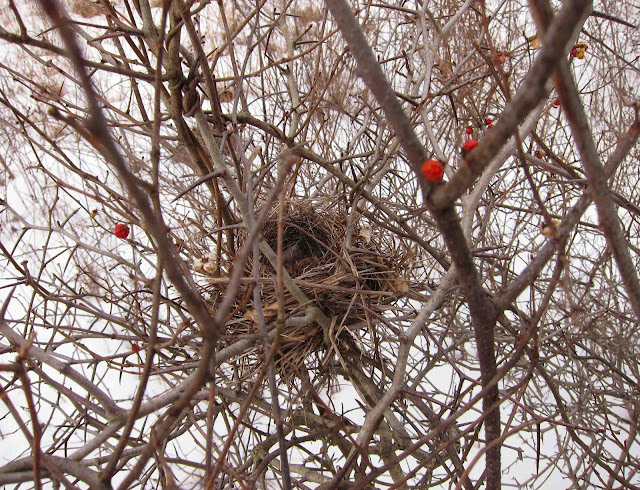 That's a snowshoer's trail on the left of this shot, but the one on the right sure looks like a Porcupine trail to me.  I can almost see its waddling gait, with its tail swinging arcs as it goes.  This trail wasn't as well-trodden or dirtied as many Porcupine trails I have seen.  I wonder if this particular creature was setting out to seek out new territory.  I followed the trail until it descended steeply through brushy thickets toward the road. 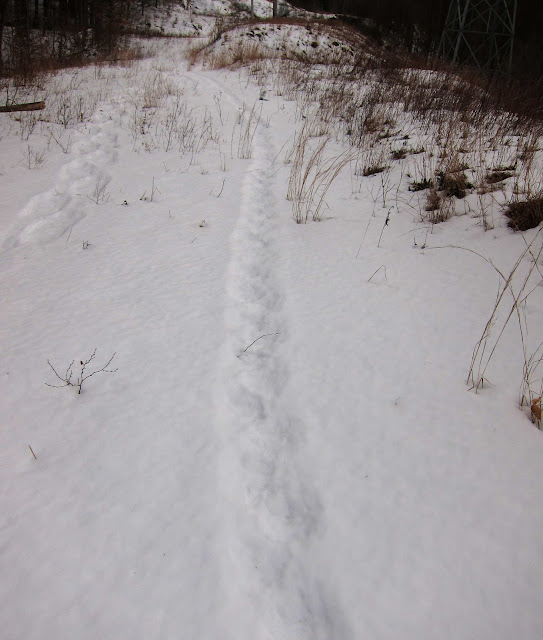 Oh no!  Poor Porky didn't get very far!  Porcupines feel no need to run quickly away from predators, trusting that their quills will serve to defend them.  But those sharp quills can't stop a speeding car. 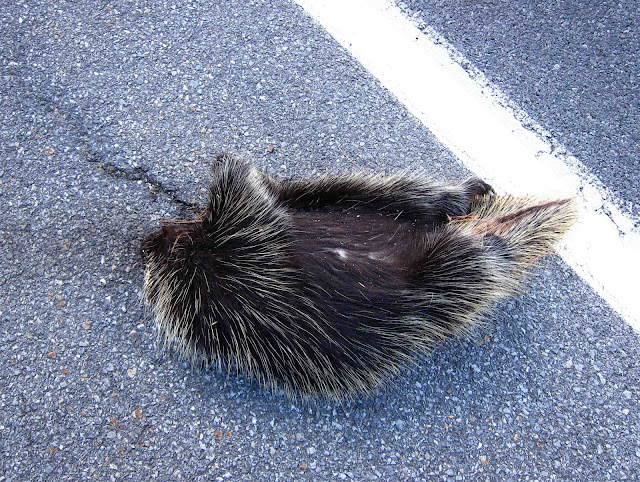 Posted by Jacqueline Donnelly at 11:05 PM

That makes me sad and ashamed. The animals were here first. It seems as if they ought to have right of way.

Did you get a good look at its pebbly foot pads? Its iron-stained teeth? What a great opportunity to harvest quills for a project!

Yes, it's always sad to see an animal that has been taken out by traffic, but on the other hand, it also gives us the opportunity to see many a critter much closer than it would've allowed when alive.

Hi June and Ellen, thanks for your comments. Yes, sad indeed! Although I did take the opportunity to peer more closely at this porcupine, and that was interesting. Sorry, Ellen, I didn't think to harvest the quills. I think I'll leave that to someone with thicker gloves.