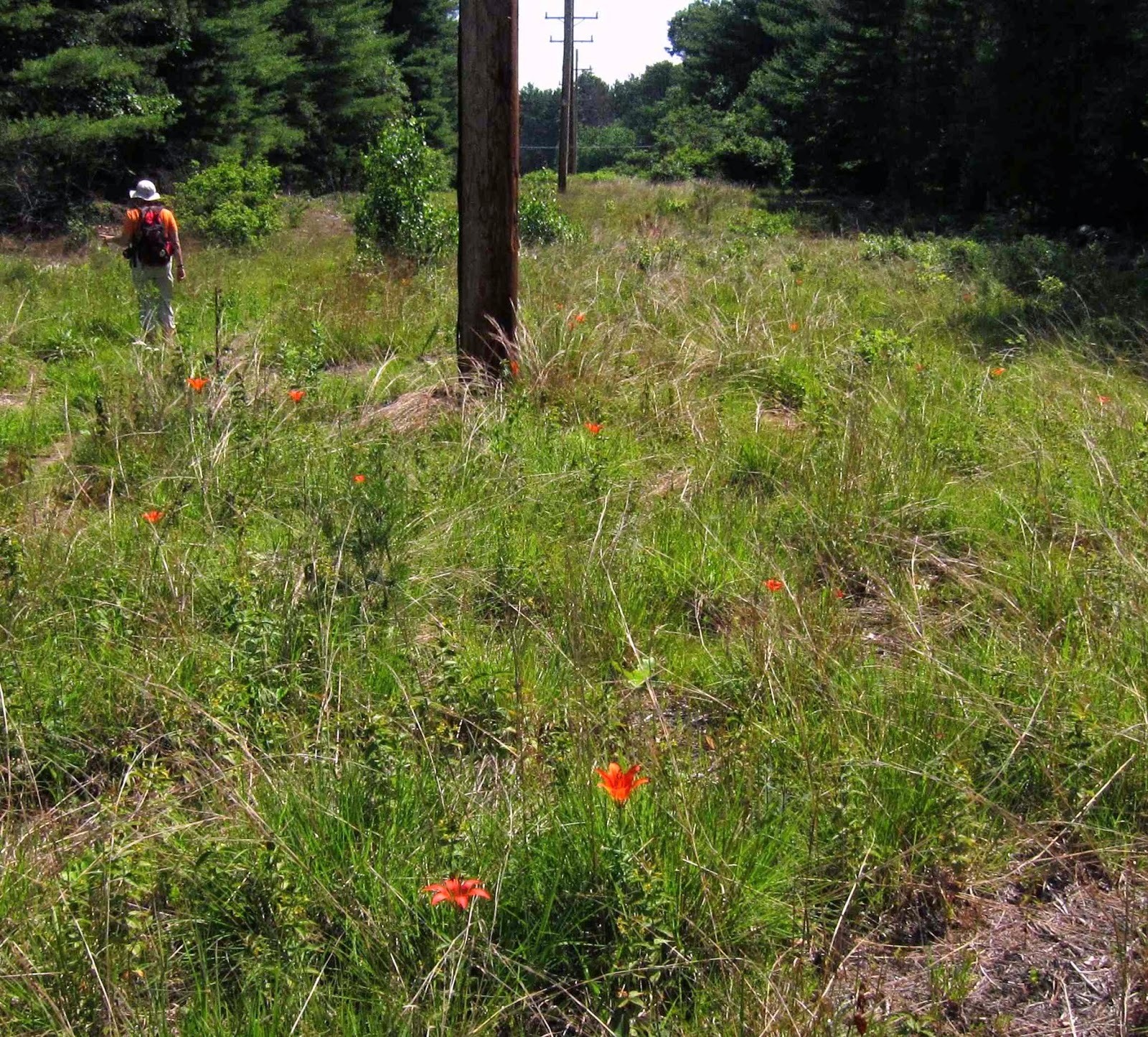 I'm happy to report that my despair for the future of Wood Lilies was premature.  Ever since the power company sprayed herbicide under the lines in 2012, this beautiful denizen of such open areas had showed severe decline.  Over the past two years, in places we used to find dozens and dozens of large healthy specimens, we began to see only one or two, and these rather spindly and small.  My friend Sue and I went looking again on the first day of summer this year, and again found very few.  We began to doubt that one of our favorite native wildflowers would ever recover from being doused with poison.  But when we went back to re-explore their powerline habitat this past Sunday, oh my, were we happily surprised! There they were, in all their brilliant orange splendor, and in numbers almost approaching the numbers we used to find.  In the stretch included in the above photograph, we counted nearly 60! 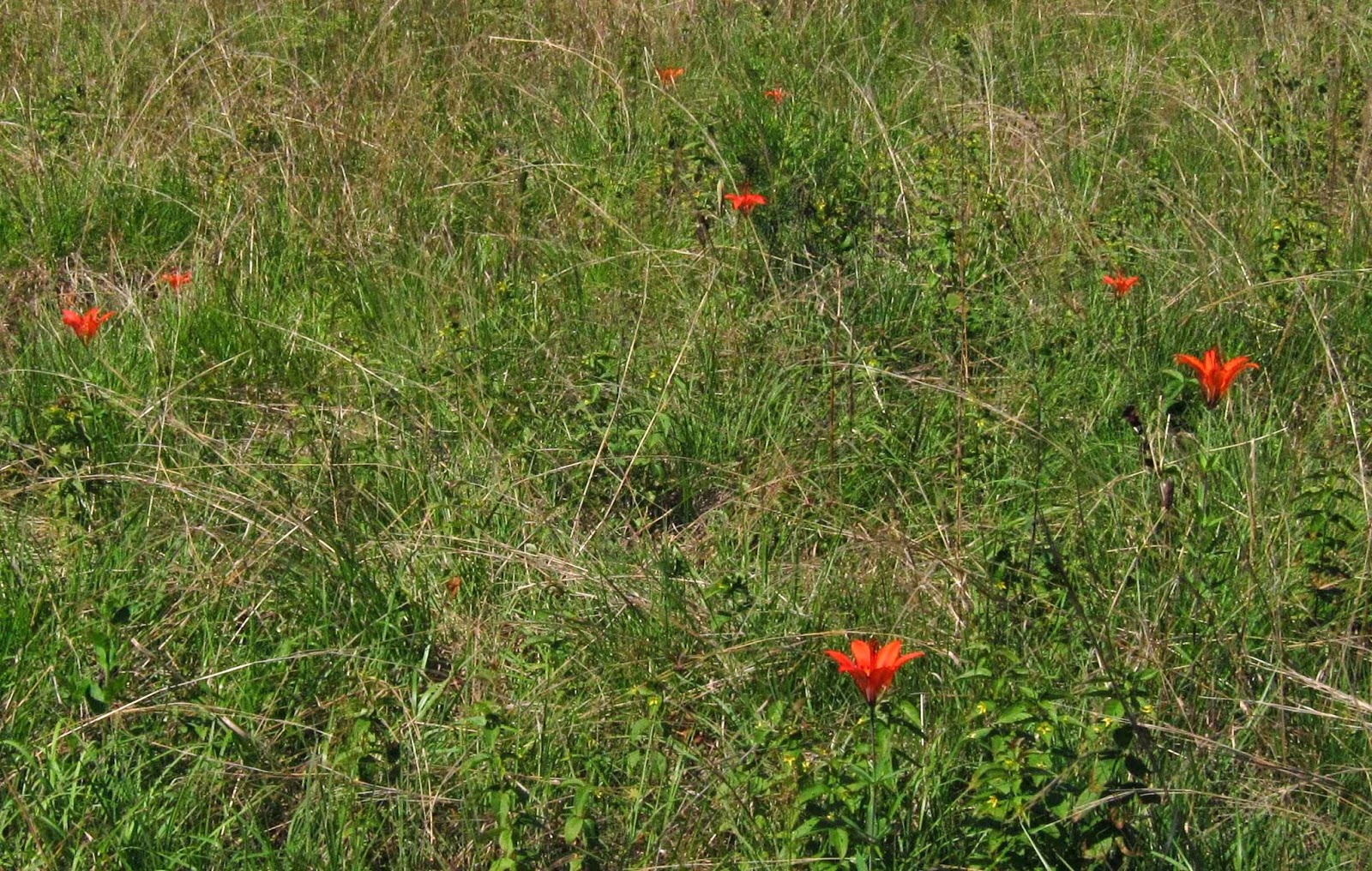 Their recovery appears to be assured!


The Wood Lily (Lilium philadelphicum) is one of our most spectacular native wildflowers, and what a loss it would be to have them permanently destroyed in the very habitat where they used to thrive.  Very few forest fires are allowed to burn long enough to create the open sunlit areas they require, but the clearcuts under powerlines have suited them quite happily, until herbicides began to be used to keep down woody growth beneath the lines.  I sure wish there were some other method to achieve the same results.  Wouldn't it be great to see herds of goats brought in to browse woody plants after frost, after the herbaceous ones have completed their lifecycles?

After exploring the powerline stretch at the top of Mud Pond at Moreau, Sue and I crossed Spier Falls Road to continue our search on the powerline that headed east from there.  Perhaps our chances would be improved by the fact that Sue was wearing her lucky orange T-shirt.


Sure enough, there were more to be found along this stretch, including a double-flowered pair protruding from a vivid green patch of Hay-scented Fern that provided a perfect foil for these spectacular blooms.


The Wood Lilies were not as abundant along this section, but both of the specimens we found here had double-flowered stalks. 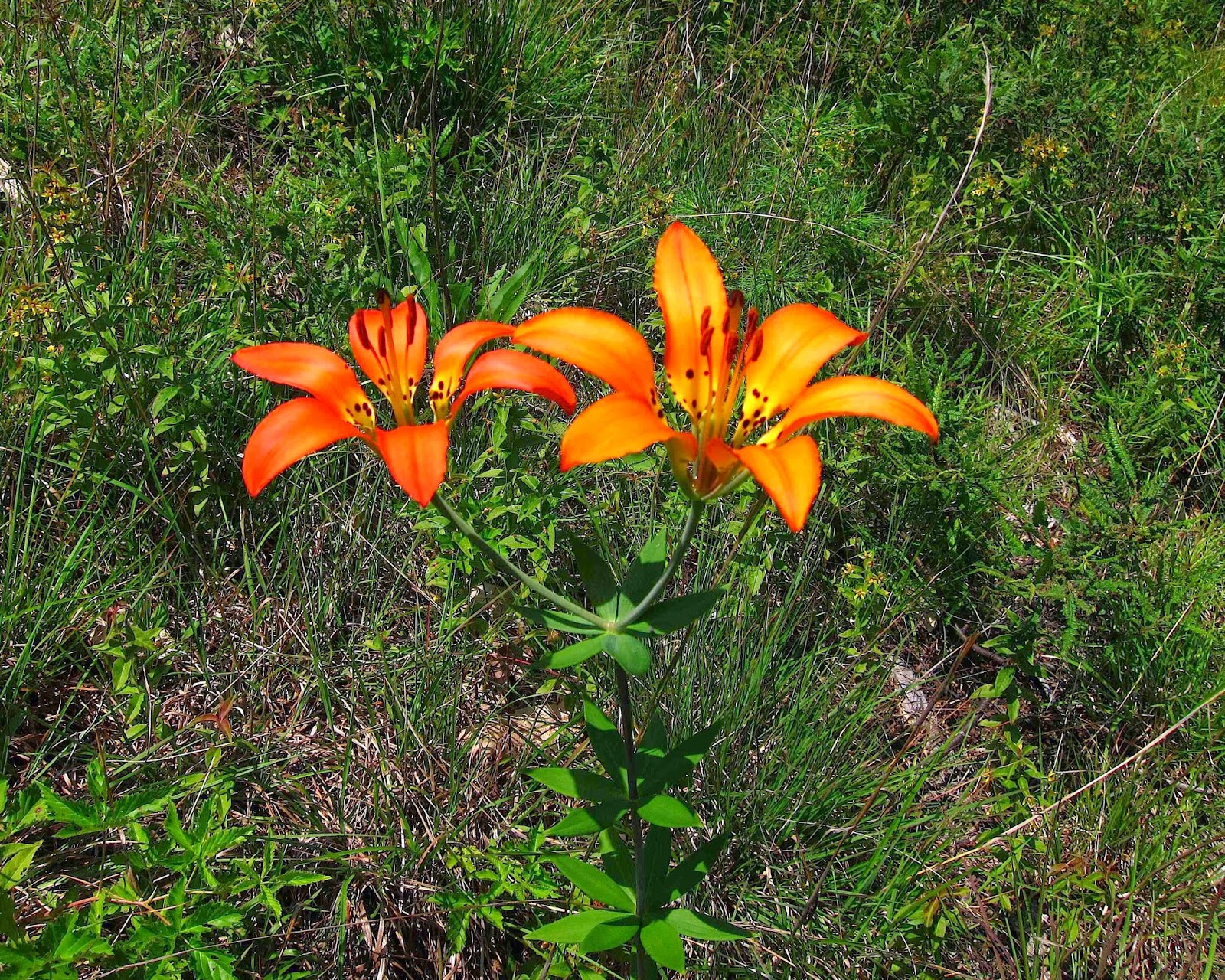 Posted by Jacqueline Donnelly at 12:42 PM

I used to know a man, whose business was herding goats on power lines with his border collies for weed control. Alas, in California....

Huzzah! Awesome to read and see that the wood lilies made it. Thanks for a feel-good story to start my week with :)

I am glad that the awful Lily Leaf Beetle has not visited your area yet. Glad you enjoy these beautiful flowers.

One of my favs. First saw them in North Dakota. There are some in Michigan too.

So glad you found them. So sad that they were wantonly put in peril! I saw my first one last year, in a wildlife refuge. If only they didn't need refuge from us...

Now, if only you can assure they don't get squirted again!