So Much For Our Winter Wonderland! 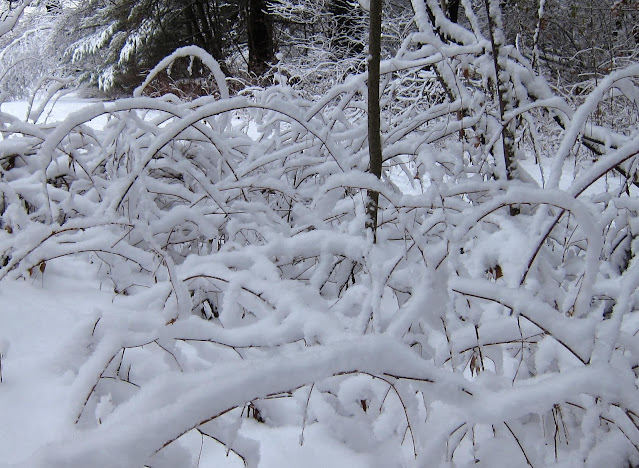 Woke up today to that Winter Wonderland we've been waiting for!  Hurray!  About 5 inches of soft fluffy snow, easy to shovel and clear from my car, and it wasn't very cold out, either.  I hurried through breakfast and jumped in my car to head out to Saratoga Spa State Park.  There's a long allee of tall pines there that hold the snow most picturesquely, and I hoped to capture that loveliness in a photo.

Sadly, though, the temperature was now above freezing, and much of the snow had dropped from the limbs of the trees. 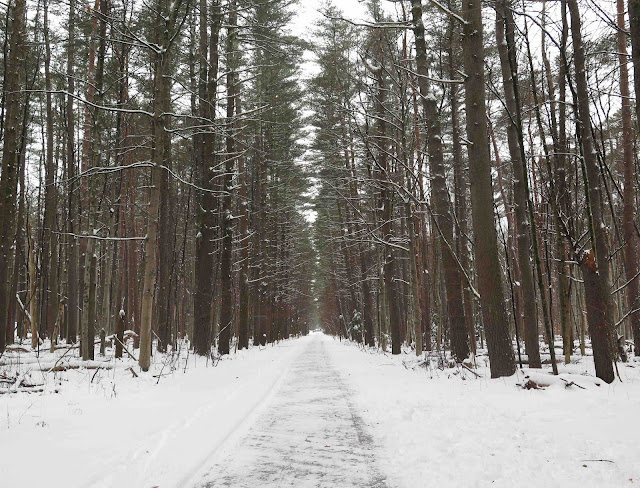 Even worse, the air now was filled with droplets of rain instead of big fluffy snowflakes.  I noticed the sledders were still reluctant to leave their hill, after waiting so long to use their sleds this winter.  But I bet they were soaking wet when they got home. 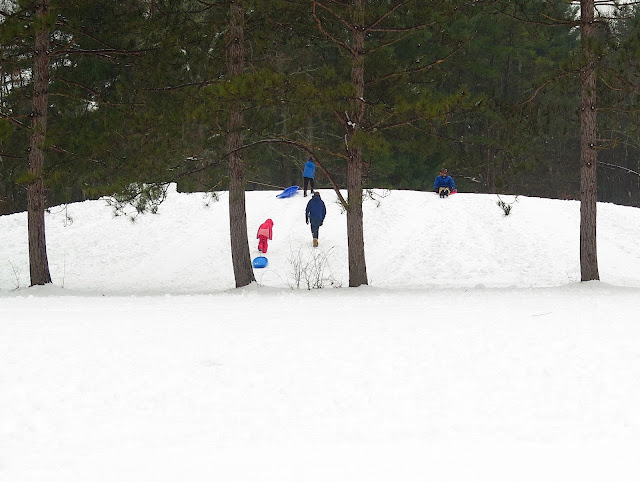 I sat in my car, feeling glum. Here's all that snow I'd been hoping for, now soaking up rain like a sponge.  I didn't cry or anything as dramatic as that.  But the view through my windshield looked as if it had been dimmed by tears. 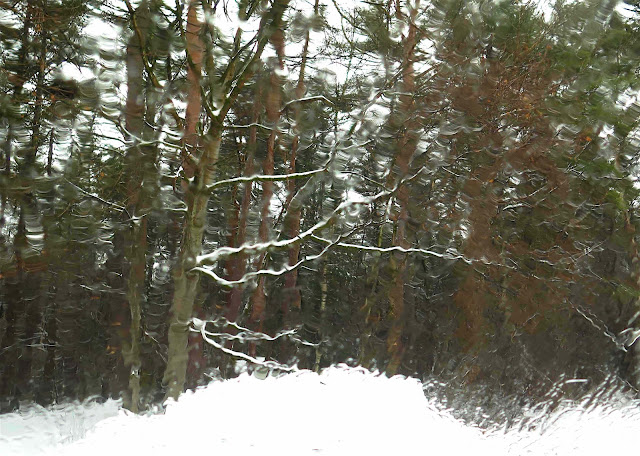 Posted by Jacqueline Donnelly at 8:44 PM

So sorry that you lost your snow. What a weird winter we are having.