A Two-Orchid Afternoon on the River

For fear that the Hudson might have been mobbed with boaters last Sunday, I almost decided not to paddle there, despite the day being perfect for doing so. But I'm awfully glad I changed my mind.  There WERE many boaters on the river, to be sure, but all were other paddlers, not power-boaters whipping up wakes, and all of them were quietly paddling out in the middle of the river, not ambling along close to the shady banks as I was. 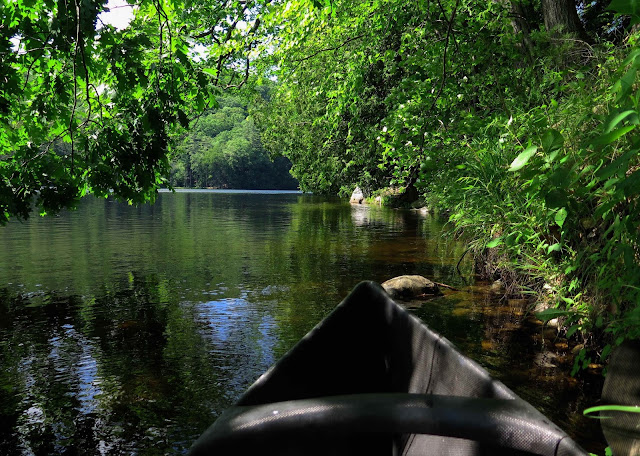 I always amble along close to shore, for that's how I find the marvelous number of wildflowers that crowd the riverbanks, here in this catchment between the Sherman Island and Spier Falls hydroelectric dams.  And I was on a quest today, to find a particular flower.   A few years ago, I had found the little native orchid called Shining Ladies' Tresses (Spiranthes lucida) along this shore,  and I hoped to find it again.

The Shining Ladies' Tresses is our earliest Ladies' Tresses species to bloom in this region,  and it can be distinguished from all other members of its genus by the yellow lower lips of the flowers of its spikes.  And there it was! There was only this solitary plant, which is all I have ever found at this location,  growing so close to the water's edge, I always fear it might get washed away when the river floods. Some years I don't find it.  But happily, this year, I did! 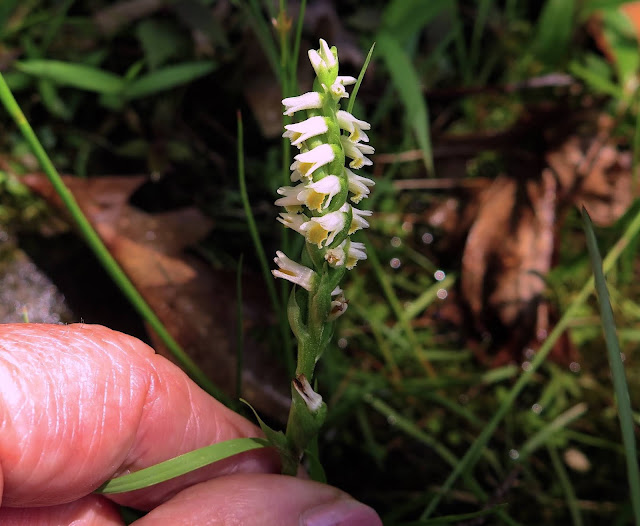 My next destination was a group of small islands not far off-shore, and my next quest was for one more native orchid, the Tubercled Orchid (Platanthera flava) that I had found on one of these islands in years past. 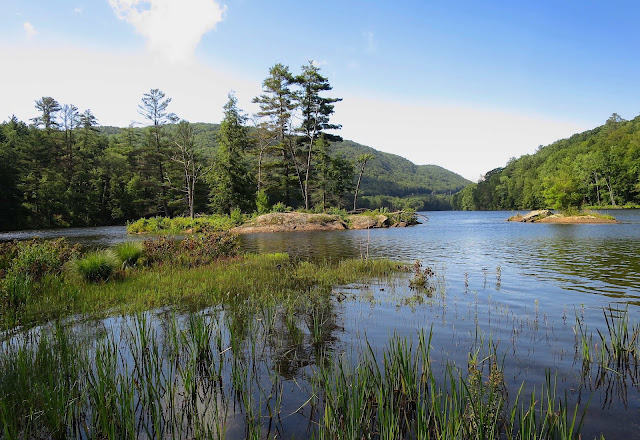 And again, my quest was met with success.  But only partly so.  In other years, I have found as many as 20 of these small yellow-flowered orchids growing in just one spot, close to the water's edge on only one of these islands. But this time, I found only two.   I'm hoping the others are just resting up to return another year. 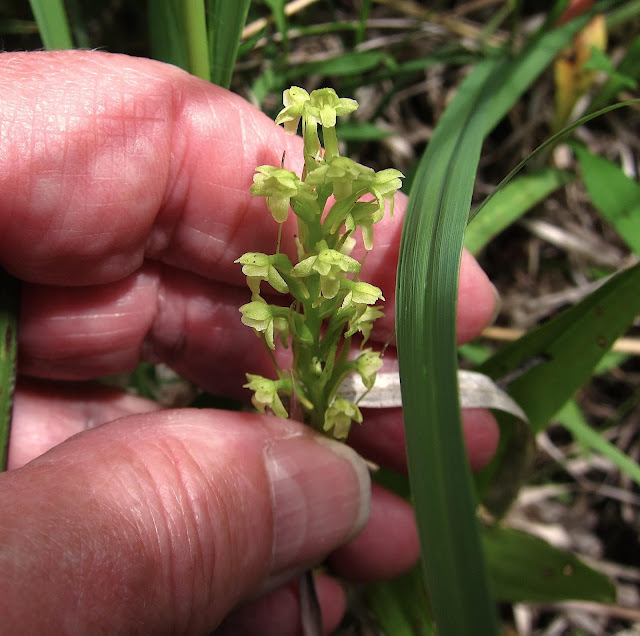 I'm happy to report, though, that another plant that shares this small island with the Tubercled Orchids was doing just fine. There must have been hundreds of the native wildflower called Blue-eyed Grass (Sisyrinchium sp.) sprinkling the ground with their vivid blue flowers.  I did not examine the green parts of these plants closely enough to be able to distinguish which species they were, dazzled as I was by their blue prettiness. This flower is related to our native Wild Blue Flag. 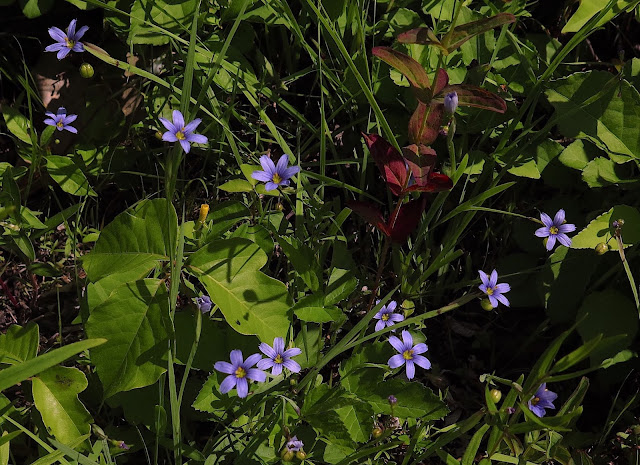 Another flower I was happy to find today was this one called Small Sundrops (Oenothera perennis). Low to the ground beneath taller plants, these bright-yellow blooms live up to their name by shining out from their shade like little suns. I love that a tiny Bluet joined the group to add a dash of complementary color. 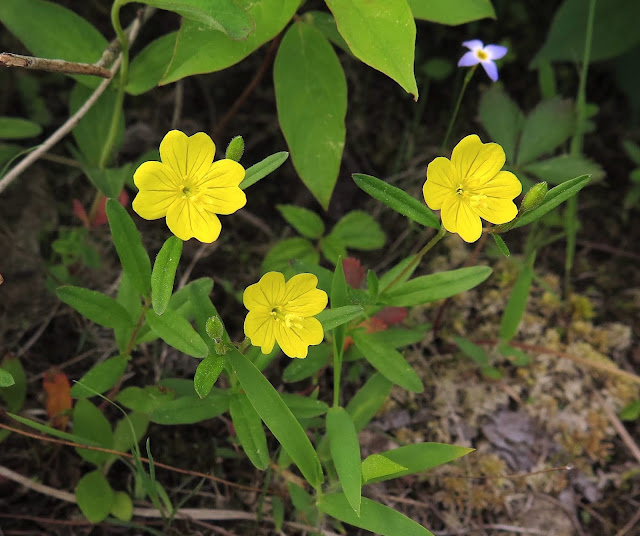 Posted by Jacqueline Donnelly at 4:23 PM

Nice finds! And I hope it was a nice paddle!

That ladies' tresses is a beautiful orchid.