Insect Food in the Park

While walking through Congress Park in downtown Saratoga Springs today, I happened upon this bright-orange and black little beetle chowing down on a Common Milkweed leaf.  I had never seen it before, but I figured if I googled its distinctive color and its milkweed-leaf diet  I would quickly learn its name.  And so I did.  This is the Milkweed Leaf Beetle (Labidomera clivicollis). 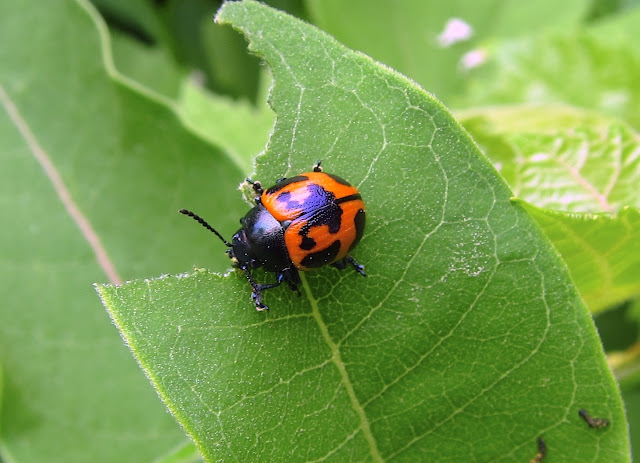 This beetle usually prefers Swamp Milkweed, but it seemed perfectly happy partaking of this Common Milkweed leaf.  I know we need to protect our native milkweed species in order to promote the recovery of the Monarch Butterflies, but it seems this little beetle doesn't usually decimate a milkweed population, leaving many leaves intact for the Monarch caterpillars.


Speaking of larval food, I also came upon a whole bunch of potential food for the larvae of the Giant Swallowtail Butterfly,  and that was a group of three shrubs of Wafer Ash (Ptelea trifoliata), also in Congress Park. 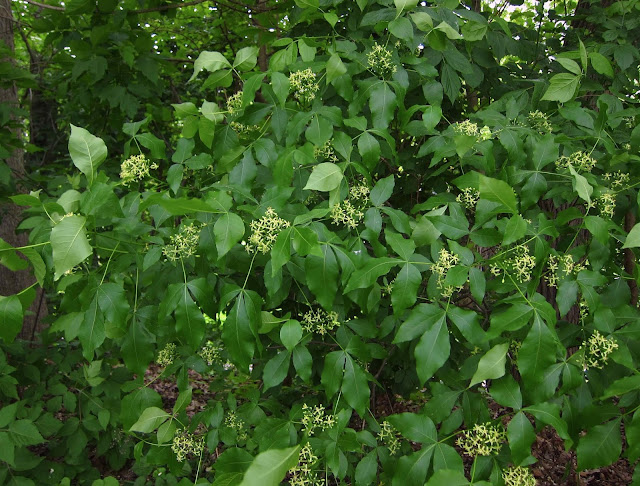 The Giant Swallowtail Butterfly is more often found in the southern states, since its larvae must have citrus leaves to survive.  Up here in the north, we don't have citrus trees like oranges or lemons, but we do have two shrubs that are considered citrus species, and the Wafer Ash is one of them.  This is a pretty rare species in New York, however, with the only truly native populations occurring on or near the Lake Erie shore.  Here and there, we do find a few specimens scattered throughout the state, but they are considered garden escapees when we find them this far from Lake Erie.  I'm not sure how they arrived in Saratoga's Congress Park, but here they are.  I found three shrubs of them at the top of a bluff, hidden among Box Elder and Mulberry saplings, and two of the shrubs were covered with clusters of yellow-green flowers today. 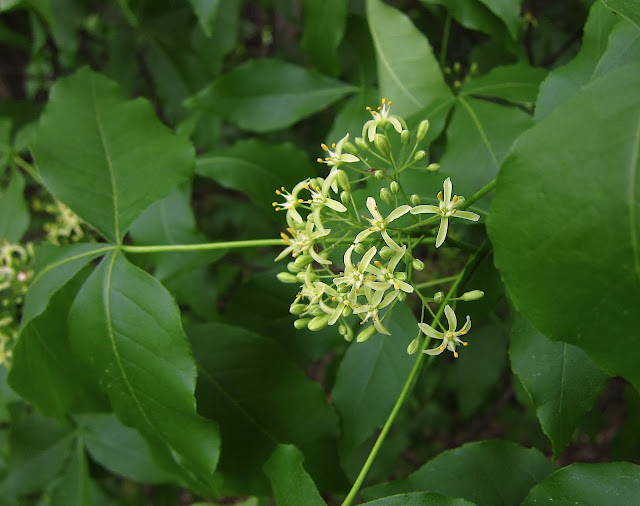 I first discovered the presence of these shrubs last fall, when they were hung with lots of flat, winged, wafer-like seedpods. These seedpods are the inspiration for the shrub's common name of Wafer Ash.  (They are not related at all to Ash trees, though.) 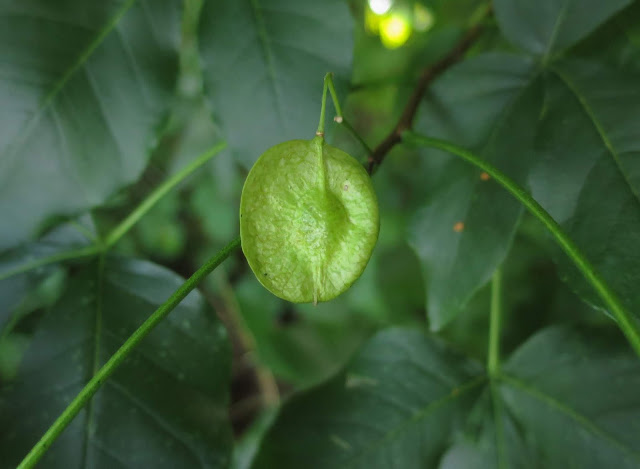 Here's a photo of the Giant Swallowtail Butterfly (Papilio cresphontes), and believe me, it is BIG! I think my open hand was just big enough to have covered its outstretched wingspan. 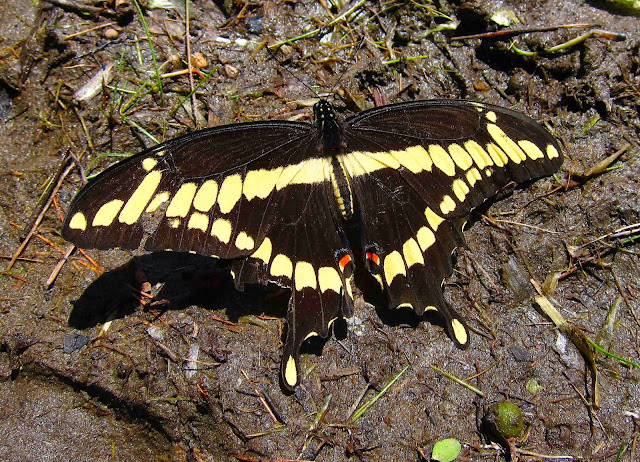 I remember on another occasion seeing several of these beautiful butterflies wafting over a thicket of these red-berried shrubs, our other citrus species native to northern New York, called Northern Prickly Ash (Zanthoxylum americanum). This shrub is far more common, with healthy populations occurring throughout the region. 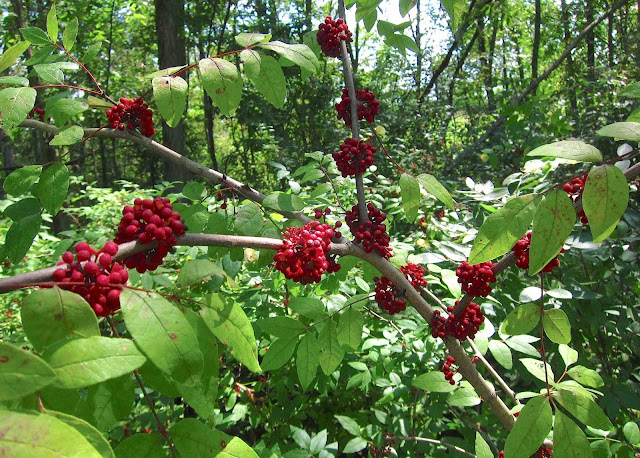 Unfortunately, the Northern Prickly Ash, while not uncommon in the wild, is often loathed by groundskeepers, who frequently remove it from well-manicured landscapes.  Although its fruit clusters are vividly colorful, its flowers are nondescript and and its branches are studded with very sharp thorns.  I know of several places where the Prickly Ash has been cut down, leaving the remaining more-attractive-but-invasive Tartarian Honeysuckles and Burning Bushes to take over their territory.  For the Giant Swallowtail Butterfly's sake, I am grateful this shrub is abundant in the wild --  especially since that other local citrus, the Wafer Ash, certainly is not.
Posted by Jacqueline Donnelly at 10:08 PM

I will think of you now, on the oh-so-rare occasions when I encounter a Giant Swallowtail! I did not know about their predilection for citrus.