After I reported finding a single specimen of the endangered Large-leaved Avens (Geum macrophyllum var. macrophyllum) along a trail in Moreau Lake State Park, the push was on to see if we could find more of them.  And oh boy, DID we, thanks to the help of the crew pictured below: Rich Ring, rare-plant monitor for New York State's Department of Environmental Conservation;  Maranda Welch, assistant environmental educator with Moreau Lake State Park; and Peter Iskenderian, manager of the park.  What a great search party they turned out to be! Together, we found more specimens of this rare plant than we could count. 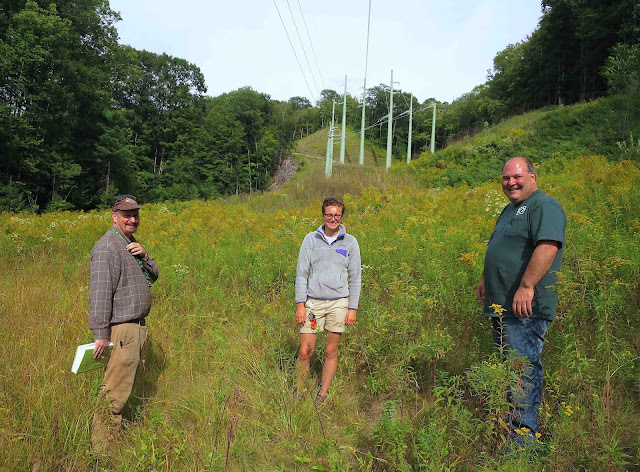 Even though the flowers of Large-leaved Avens had stopped blooming some weeks ago, we could still identify the plant from its bristly burs. 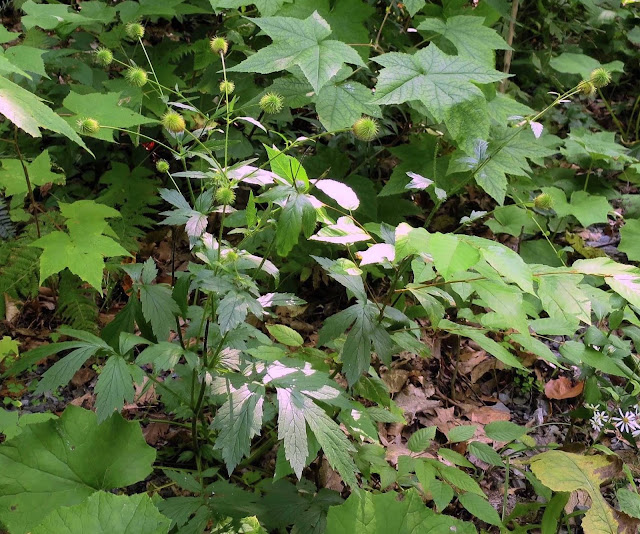 We could identify the plants even if they bore no bur-topped flowering stems, thanks to the distinctive three-lobed terminal leaflets of its compound basal leaves, which we often had to push taller plants aside to find. But there was no mistaking those big round leaves, hidden though they may have been. 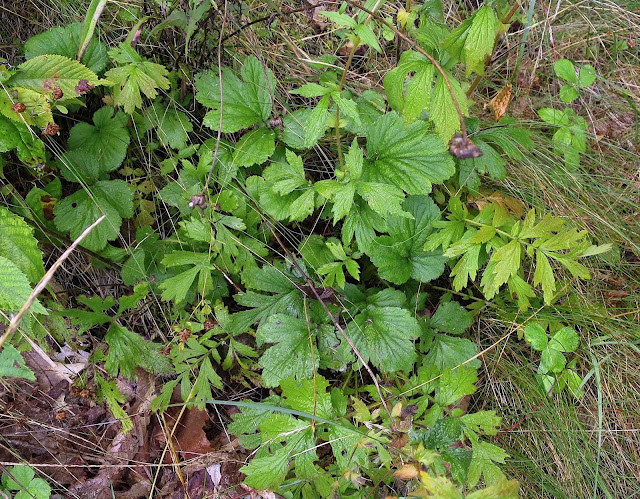 Rich and I had a chance to comb the site before Peter and Maranda arrived, locating around 20 plants that grew alongside the Western Ridge Trail near its Spring Trailhead.  We were satisfied that we had located most of the plant's population in the partially shaded banks that lined the first hundred yards of the trail, but Peter urged us to widen our search to include the sunny open meadow that lies between the trail and the river, an area cleared by the power company whose lines run through this same area.  We mused that perhaps it was the very creation of this powerline, with its overturning of the soil, that had revived a dormant seedbank of this plant, now found in no more than five locations in all the state. 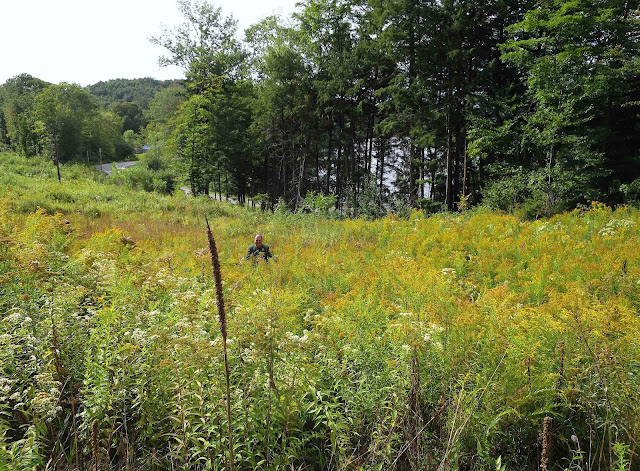 Peter led the way among the Tall Goldenrods and White Snakeroot, pushing aside the taller plants to search the ground beneath.  And he hadn't gone 10 yards before he called out he'd found some.  And then he found more!  The three of us, Rich, Maranda, and I, promptly joined him, with each of us calling out again and again that we had found more. And more!  And more!  I stopped counting, but we must have found several dozen more.  What a bonanza for a plant that is designated as Endangered!  And what a prize for our already wonderful state park, home to so many natural wonders already, including other rare plants among its variety of habitats.

Closed Gentian (Gentiana clausa) is not considered a rare plant in New York, but it certainly is one of the state's more beautiful ones, and we were delighted to find it.  The area under the powerline we were searching had patches of spring-dampened ground, exactly the kind of habitat this lovely native wildflower prefers. 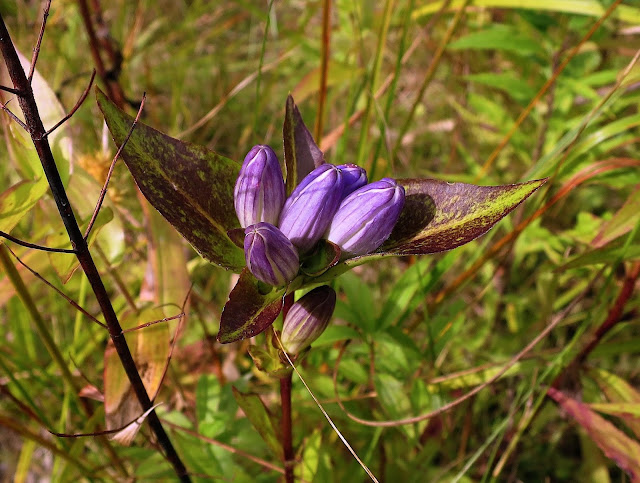 Well, we could have continued searching for hours more, and no doubt we would have continued to find more of the Large-leaved Avens.  But after we had found such abundant numbers already, we were convinced that this was a healthy and secure population.  Rich and Peter will confer with the power company to ensure that the plants do not suffer damage from such powerline maintenance as mowing and herbicide application.  It certainly seems they have not suffered as yet.  As we walked to the trailhead parking area, we casually pushed aside some of the gigantic Coltsfoot leaves filling the disturbed soil around the edge of the parking lot.  Guess what we found?! 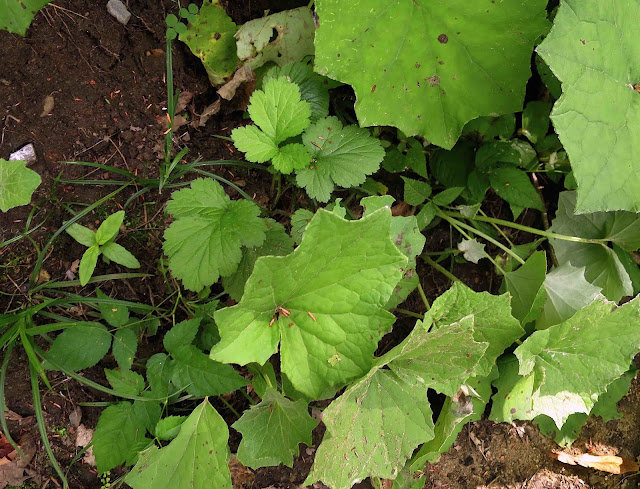 Posted by Jacqueline Donnelly at 4:02 PM

Good work! Nice to know the species is so abundant on the site, even if it is due human intervention. It's a reminder that humans are not separate from nature. We sometimes forget that humans have been a part of the environment for thousands of years. Power line corridors may be replacements for openings formerly created by Native Americans. (Oversimplified, but it makes you think.)