Just a Couple of Cool Things

I've been here and there these past few days:  up on a mountainside powerline, around the back bay of a lake, walking an old railway line that runs through suburban neighborhoods, among other jaunts.  Of course, I've taken hundreds of photos, most of which I've not even looked at yet.  But two of my observations stand out from the rest, so I'm going to share them here and now,  before they get lost among the rest of my photo files. 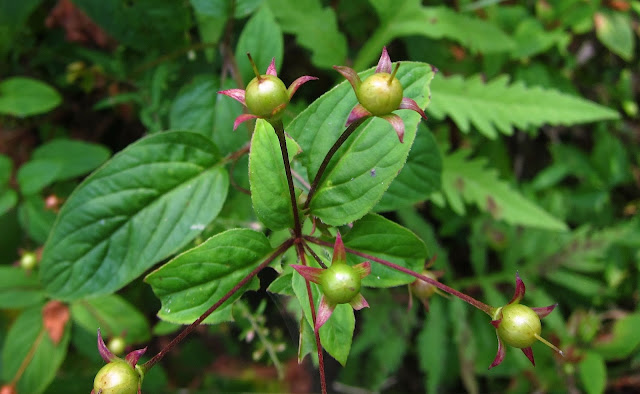 I was struck by the resemblance of these Loosestrife seedpods to those of the Starflowers I had seen a few weeks ago. And it came to me:  Aha! Now I can see one reason why Starflower was recently placed in the same genus as the loosestrife. Starflower used to be Trientalis borealis , but it is now called Lysimachia borealis. Those seedpods certainly look very similar, even though their starry bracts bear different numbers of points. Both plants are so beautiful, even when gone to seed! 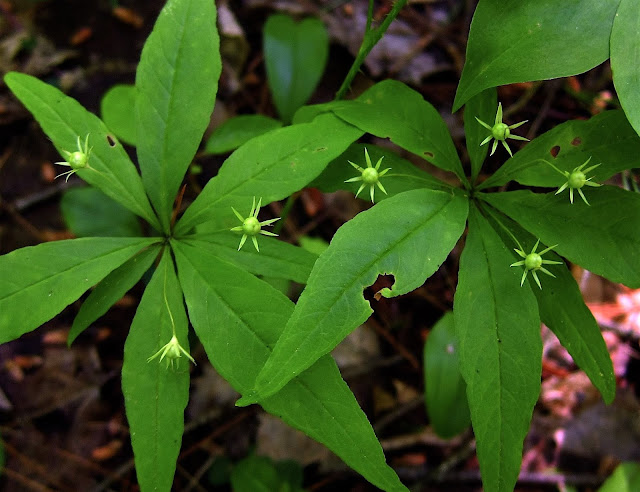 My second observation also took place at Moreau Lake, although on a different day along a different bay.  At first, I thought these yellow wings were the petals of some flower.  But a closer look revealed the feathery antennae and tiger-striped legs of a moth clinging to the stem of a waterside plant. 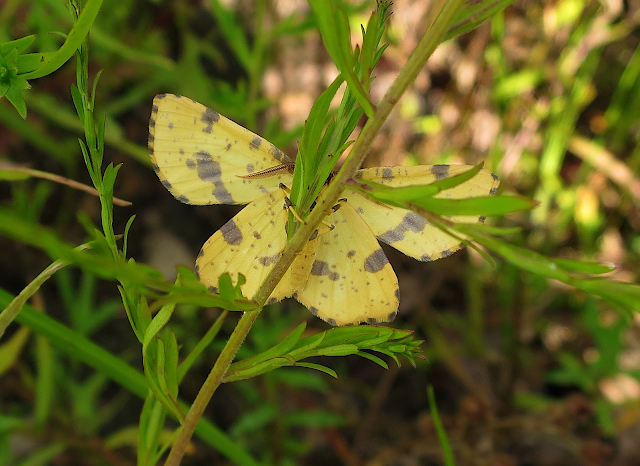 I twisted that stem around to get a look at the top of the moth, and the moth was kind enough not to fly away.  The top looked just the same as the underside, with the addition of those furry shoulder puffs.  What a pretty moth! And such a distinctive color!  This should be easy to identify, I thought. I googled "yellow moth with brown spots" and immediately found a perfect match among Google Images. I clicked on the image, which took me to BugGuide.net, my go-to guide for all things insect-related.  And here's what they said: "A moth in the genus Xanthotype."  Yay! I found the genus.   But what about the species?  Here's what else they said: "Species identification is not possible with certainty, except by genitalic examination."

That is pretty neat. The insect world tends to stump me terribly.