We don't usually think of Avens flowers (Geum species) as worthy of much attention.  Sure, they're all native wildflowers, but most are kind of weedy looking, and they sprout up uninvited, often, in places we don't want them.  I was kind of surprised to discover that a couple of them -- Yellow Avens (G. aleppicum) and Large-leaved Avens (G. macrophyllum var. macrophyllum) -- were on a list of plants that had not been documented to exist in Saratoga County, so I set out to find them this summer.  And I did.  The Yellow Avens grew at the edge of a drive-in's parking lot, and the Large-leaved Avens grew along a trail in Moreau Lake State Park.  I collected the specimens and pressed and dried them and sent them off to Steve Young, chief botanist with the New York Flora Association. Steve would do what needed to be done to document these plants as present in the county.

I was gone for the past week attending a family funeral in Michigan, and just got home today.  When I checked my email I noticed a message from Steve.  Could I find any more of the Large-leaved Avens, he asked.  And he then informed me that this is an Endangered species in New York State.  That's the rarest category, meaning the plant has been found in no more than five locations across the state.  Wow!  Who knew? I thought Large-leaved Avens was just another weedy plant with a rather undistinguished flower.  Here's what it looks like: 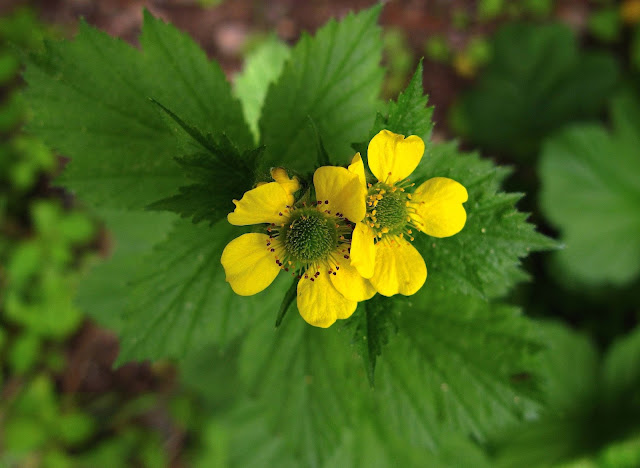 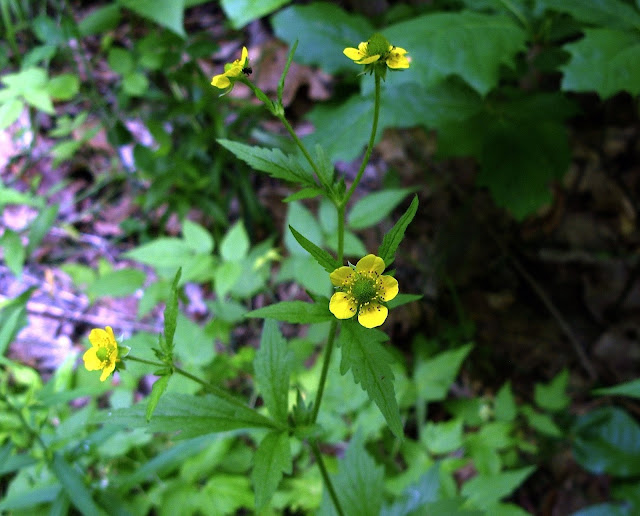 It is definitely the size and shape of the leaves that distinguish G. macrophyllum var. macrophyllum, a very aptly-named plant (macrophyllum means large-leaved).  This is a photo I took of another patch of Large-leaved Avens I know about in Essex County, taken in late May before the flowers opened but the basal leaves were well developed.  That distinctive broad orbic or kidney-shape of the terminal leaflet of those compound basal leaves is the clincher for this species, and obvious even at this early stage of emergence. 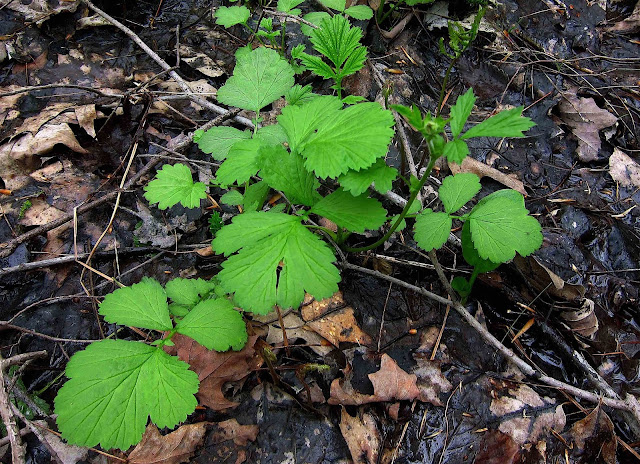 It's that distinctive leaf shape that will help me find additional specimens of Large-leaved Avens, if there are any,  when I go looking for them this weekend along that trail in Moreau Lake State Park.  The flowers will probably be spent, having doubtless produced by now the burry seed-head all Avens species produce.  This next photo shows the typical Avens seed head, this one from the Yellow Avens: 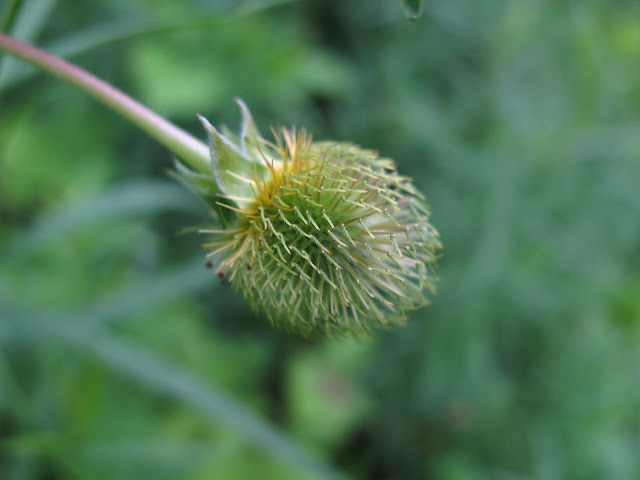 So wish me luck.  The last time I found an Endangered species of wildflower at Moreau Lake State Park (that one was Whorled Mountain Mint, Pycnanthemum verticillatum var. verticillatum), it turned out to be the largest and healthiest population in the state.  Let's hope that might also be the case for Geum macrophyllum var. macrophyllum, the aptly-named Large-leaved Avens.


UPDATE:  My eagle-eyed pal Sue Pierce and I returned to where I first found this G. macrophyllum and by diligent searching found 13 more plants, in addition to the one I first found (which continues to thrive).  This particular species of Avens appears to prefer an edge habitat, one that is neither in deep shade nor full sun.  Of the 14 plants, 5 were mature plants with flowering stems (now gone to seed), while 9 of them possessed basal leaves only.  There was no mistaking those big round basal leaves!  So at least we know we have a population of this Endangered plant, and not just a single anomaly.  Here's what the mature plant looks like now, with those distinctive burry seed heads: 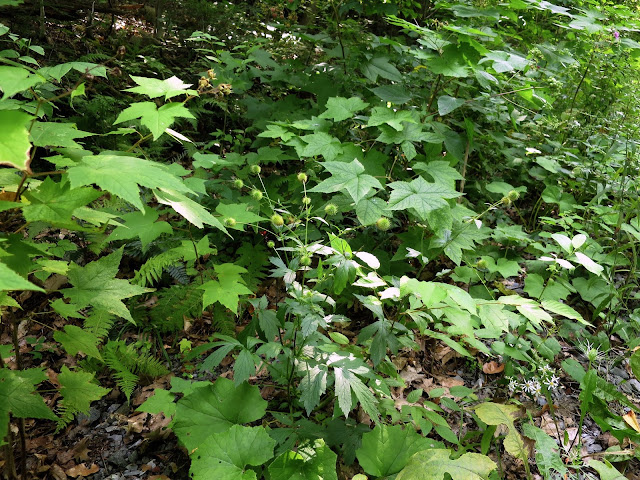 Posted by Jacqueline Donnelly at 11:55 PM

You picked that? Seriously, it's good to have another confirmed record of a rare plant. Hopefully there are additional plants in the general area so the population can continue.

Don't worry, Woody. I took only a single stem of a multi-stemmed plant, plus one of its distinctive basal leaves, and the plant continues to thrive. I had a commission from the New York Flora Association to obtain specimens of plants that should be found in my home county (Saratoga) but haven't been vouchered so as to be included in the county's plant atlas. It's true I did not know of the Large-leaved Avens's Endangered status at the time I collected the specimen, but I am always careful not to destroy any plant I collect specimens from. Unless it be Dandelions or Queen Anne's Lace or some other ubiquitous weed. Believe it or not, there is no record of Dandelions or Queen Anne's Lace or many other common weeds as being present in Saratoga County. Simply because no serious botanist has bothered to collect them. By the way, I returned today to where I found the first plant of Large-leaved Avens, and located 13 additional plants in the same approximate area.

We've got lots of Avens right here at home. I'll have to take a closer look!