I Love My Park, But Not the Phragmites 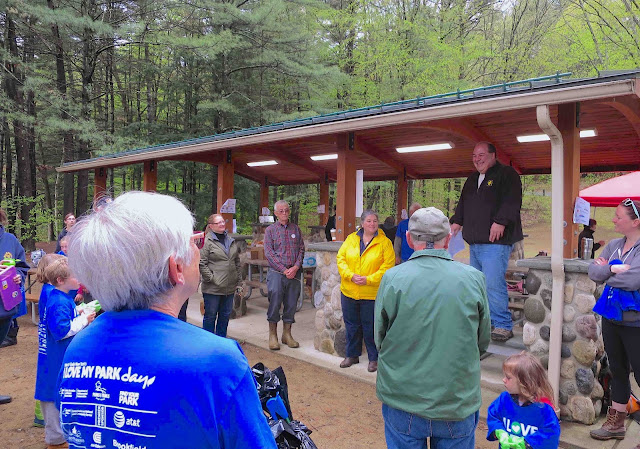 Lots of willing and able folks turned out on "I Love My Park Day" at Moreau Lake State Park this Saturday, ready to help spruce up our beloved state park for the coming summer season.  Even our state asseblywoman Carrie Woerner (yellow jacket) showed up to add her support.  Park Manager Peter Iskenderian (above) greeted and thanked us before we teamed up to set to various tasks.  Some folks headed up the mountains to cut some new trails, others planted pretty flowers around the parking areas, or spread wood chips in the children's playground, or walked and paddled the shore of the lake picking up trash.  My team split up two-by-two to encircle Moreau Lake, carrying nippers and thick plastic bags to cut and contain the seed-heads of Phragmites, the invasive Common Reed that has colonized too many parts of the shoreline, threatening the native plants that offer far more value to wildlife.

Although we experienced a few brief sprinkles, the generally overcast cool day was quite pleasant for those of us exerting ourselves.  A hot sun beating down on these shores would have made our tasks much more uncomfortable. 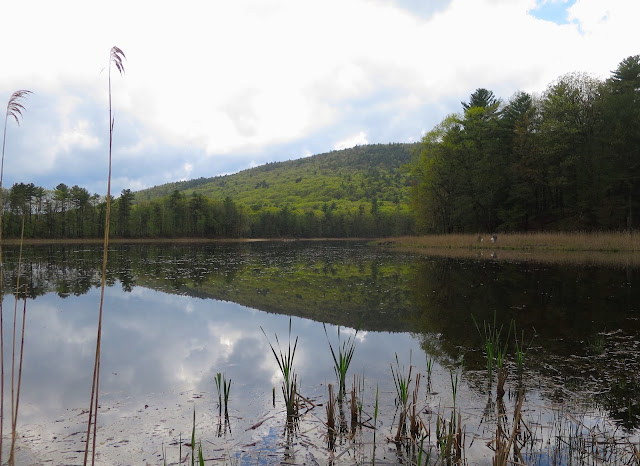 Here's my teammate Karen reaching up to decapitate a Phragmites stalk.  When we first observed the masses of it dominating parts of the shore, it sure seemed like a daunting task.  And it was.  It will take quite a few more days to attack this invasion, but working steadily for over three hours, we sure made a good dent in the population.  The existing reeds will rise again from their roots, but by removing the seeds, we will help prevent their spread to parts of the shore that still remain pristine. 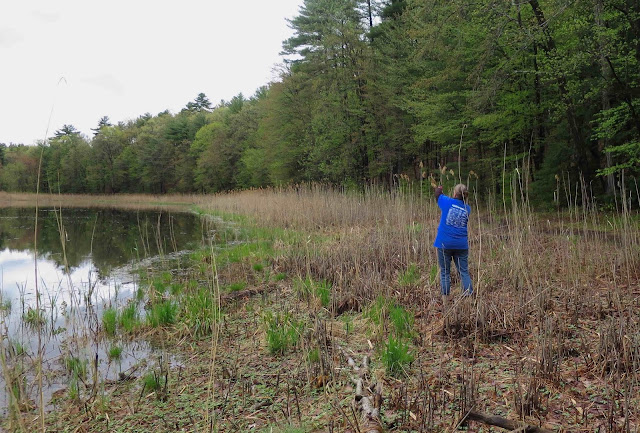 Although it appeared that the Phragmites had driven out all other plants, we were delighted to find masses of the tiny Northern White Violet (Viola pallens) carpeting the mud beneath the Phragmites stalks. 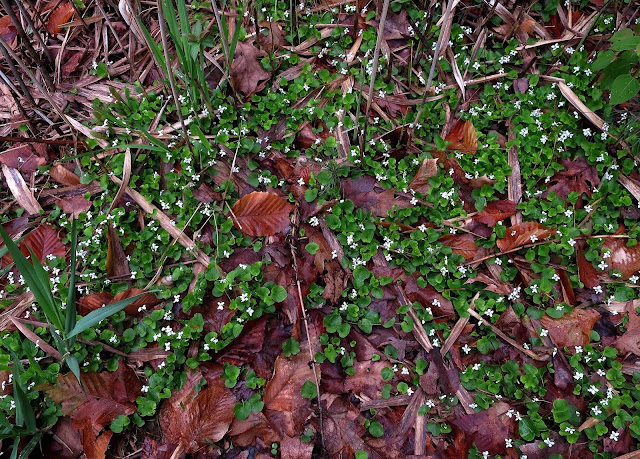 We were serenaded at our work by the calls of Spring Peepers and Pickerel Frogs, and we even got a close-up look at one of the Peepers.  Very tiny and very cute! 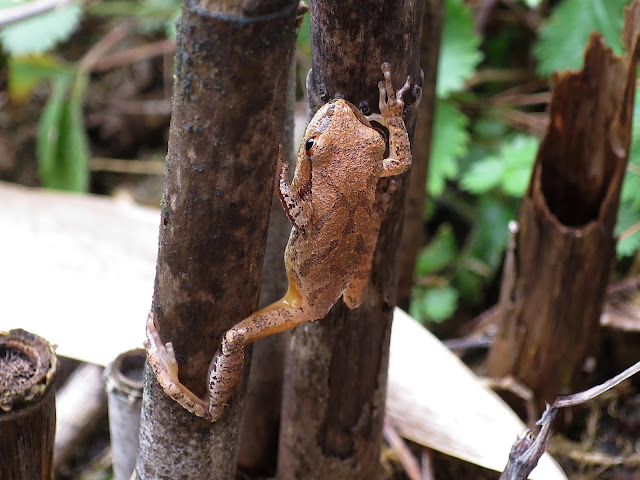 Posted by Jacqueline Donnelly at 3:45 PM

How cool that you got to spot a peeper! Phragmites have found us up here on the hill over the past couple of years, alas.

I like that Spring Peeper photo! Groups here are working to control both Garlic Mustard and Buckthorn.