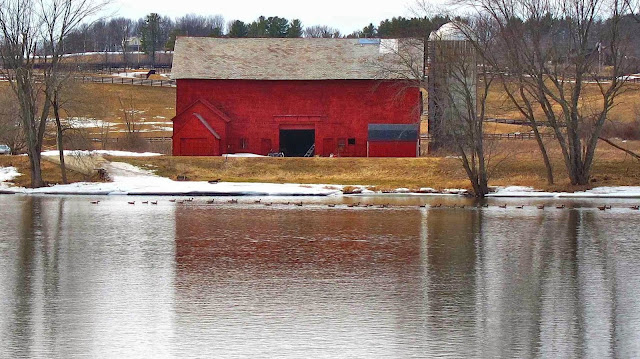 Geese on the Hudson at Ft. Miller, March  31,  2014
Sorry.  I'm feeling my age and old injuries this spring.  And the weather has been so dark and dreary and cold, I just haven't forced my aching bones out to the woods this past week, and so I've had no adventures to blog about.  Wondering if this spring was especially late in warming this year, I went back into my blog archives to see what the weather was like in late March on other years.  And guess what?  Except for a couple of remarkably warm years, this lingering cold and snow and ice is actually quite typical.  That barn in the photo above, for example, was the only spot of color on an otherwise dreary March 31 three years ago.  I very much enjoyed seeing it again, so I'm posting the photo here once more.  You can revisit this blog post to see what else I saw that day (there were ospreys!), on another year when winter seemed reluctant to loosen its grip. 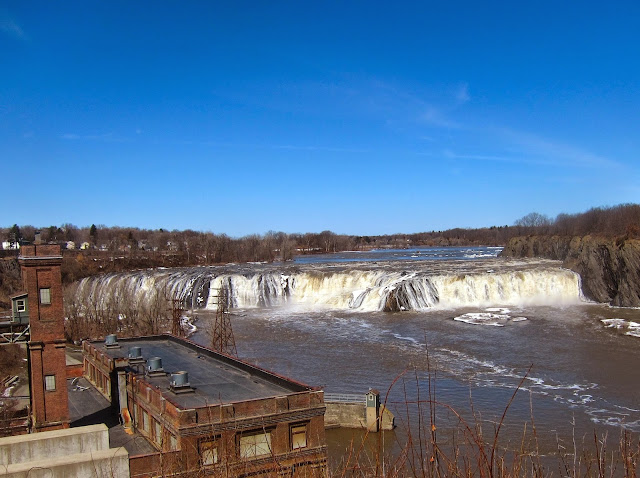 Cohoes Falls on the Mohawk River, March 29, 2015
It wasn't much warmer the end of March in 2015, when my pal Sue  Pierce and I drove down to Cohoes at the southern boundary of Saratoga County to witness the majestic Cohoes Falls, with the Mohawk River in its full spring fury.  Sue is very knowledgable about Native American history and lore, and she was able to tell me many stories about the role this majestic waterfall -- the second largest in New York State, after Niagara -- played in bringing peace to the once-warring native peoples of this region. At least the sun was shining that day, illuminating some of the other splendors of this old mill town, which you can see, too, by clicking here. 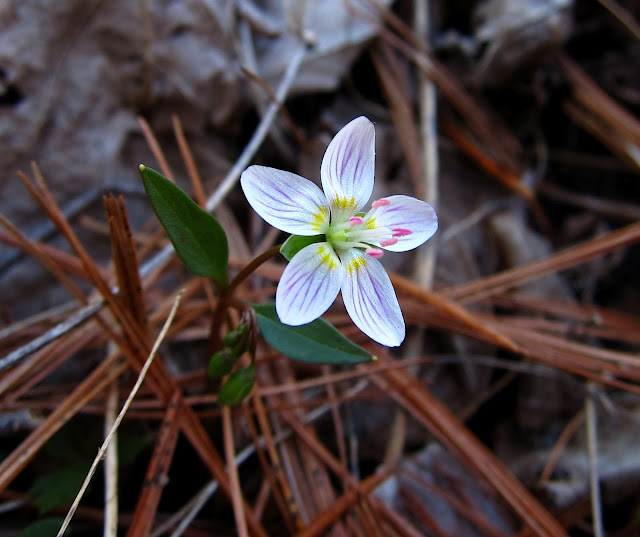 Spring Beauty blooms in the woods along Bog Meadow Nature Trail, March 29, 2012.
In contrast, late March of 2012 brought summer-like temperatures that melted all the snow and ice and pushed many wildflowers into blooming much earlier than usual.  When I revisited this post from that year, I was amazed to see how far spring had advanced.  It sure gave me hope to look on those beautiful blooms and know that it really won't be long before we see them again.  I've already found Skunk Cabbage in bloom, and the American Hazelnut catkins are lengthening in preparation for spilling their pollen.  This week, the forecast calls for warming temps and light rains, so I'm going to start looking for that first flower of spring that actually looks like the flower, the sunny Coltsfoot. What a welcome sight that will be! 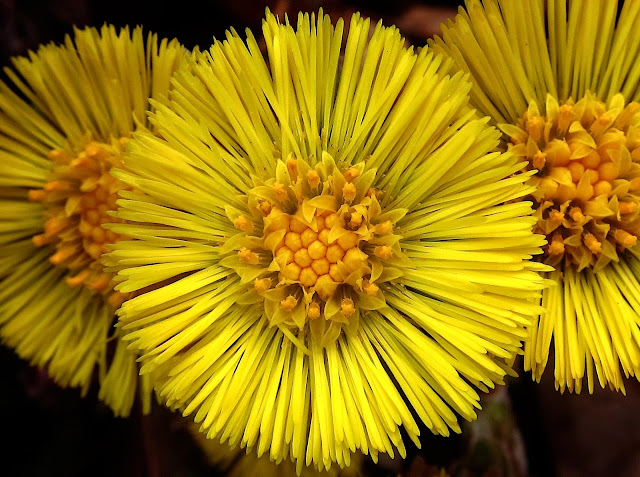 Posted by Jacqueline Donnelly at 9:30 PM

Sorry to hear your joints are acting up -- better days are coming.

After that false start in late Feb., spring does seem to be slow in arriving.