Well, I heard a lot of grumbles this week about how cold it was getting.  But I and some of my fellow nature-nut pals were delighted to learn that the temperature had plunged into the teens last night. Time to get over to Moreau Lake and see what the ice was doing.

Here are Sue and another of our friends, Johanna, walking the sandy shore on this gorgeous blue-sky but frigid day.  The main part of the lake was lovely under that wide blue sky, but so far we found little ice had formed on its wind-rippled waters. 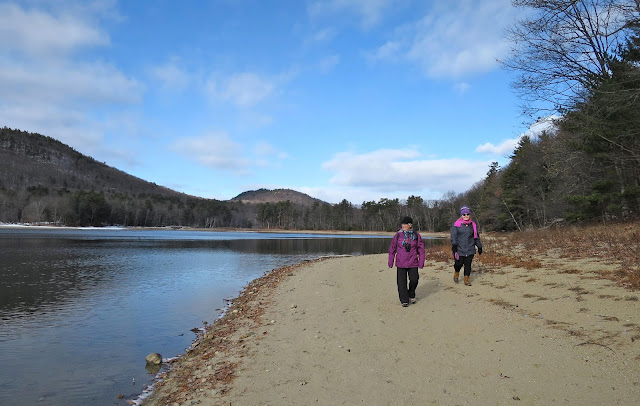 But when we reached the back bay of the lake, beyond the bridge, here we could see that ice had covered the bay's waters, almost from shore to shore, with an interesting change in texture and color from one part to another. Transparent black ice lay next to the shore and a clouded ice lay further out. 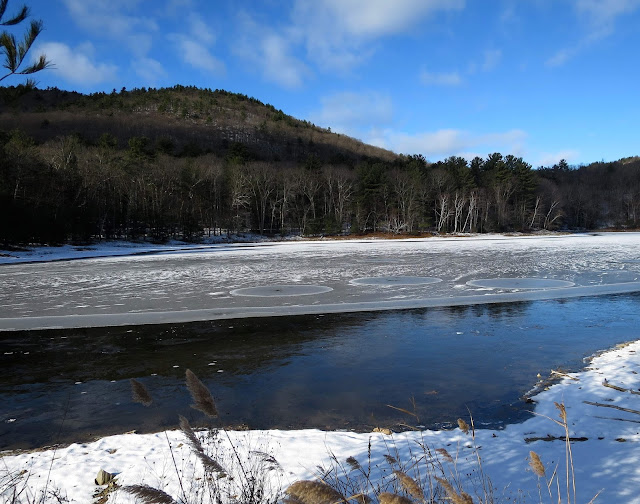 Oh! But look at these perfect circles that had formed on the ice!  Never in all of our icy explorations over the years had we seen such a thing!  What the heck could have caused them? 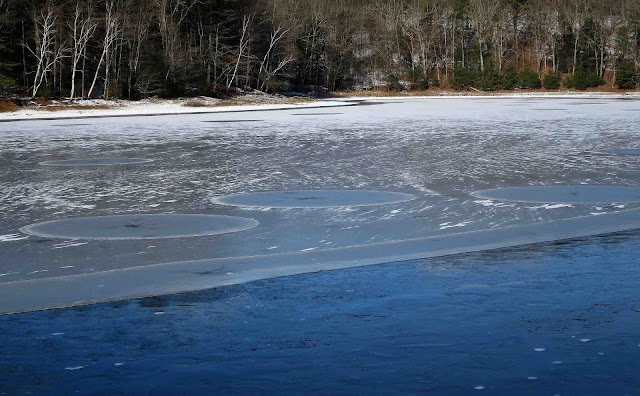 We did note that each circle was centered with a black-ice "spider," a phenomenon formed when water wells up through weak spots in the ice cover.  We had seen these "spiders" many times over the years, but never surrounded by such perfect circles.  We guessed that the circles could have been formed by water spreading from each upwelling.  But why would the water form such perfect circles, especially when other evidence suggested that wind had been blowing across the ice and sweeping the snow across the surface? Why didn't the wind distort the patterns around the source of each upwelling?  My Google searches so far have not yielded any answers regarding this mystery.


Puzzled, we just stood in awe of these mysterious patterns in the ice. 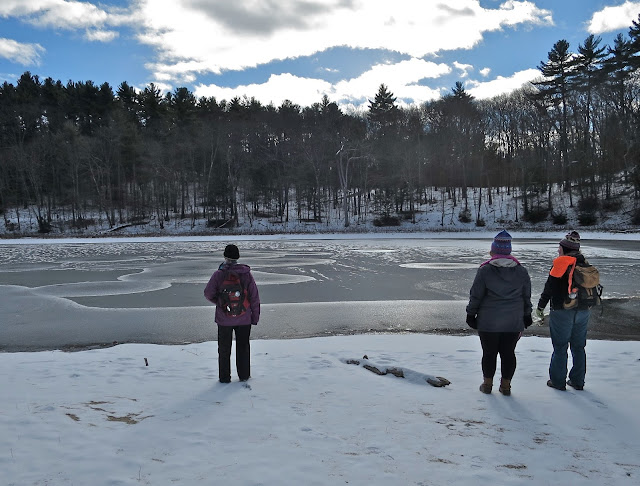 We were also in awe of the beauty. 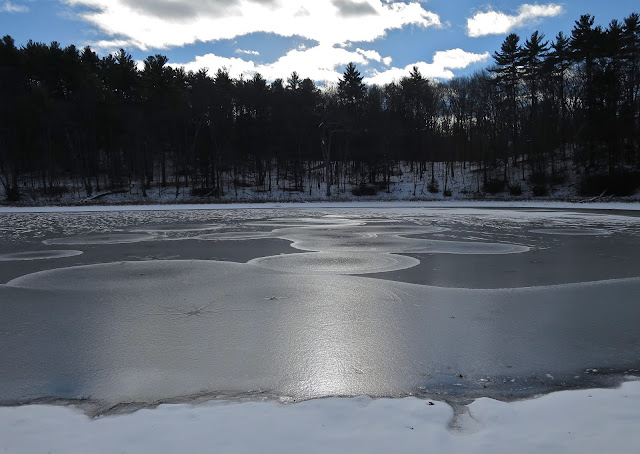 Posted by Jacqueline Donnelly at 8:32 PM

Amazing and a little mysterious! But beautiful.