BOO! It's Halloween, Time to Revisit Nature's Nastier Side

Ooh, it's Halloween!  What better time to visit a bit of Nature's nastier aspect?  I've been waxing a bit Hallmarky of late about Nature's beauty,  but lest we forget about her shadow side, I'm reposting my blog from a year ago to remind us that Nature can be just as creepy as she is wondrous and amazing.

I found this Goldenrod Ball Gall yesterday.  The neat little hole in it indicates the larva inside was probably gobbled down by a downy woodpecker. (No, it's not the gall resident's exit  hole; that would be much tinier.)  Chickadees also rifle these galls, but make a real mess of them when they do.  And squirrels cut them off and carry them away.  I learned this from John Eastman's Book of Field and Roadside, which I turned to again to learn more about this gall. And its parasite. (Be warned!) 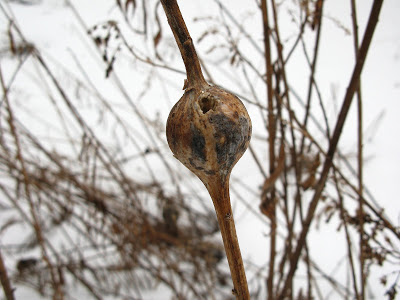 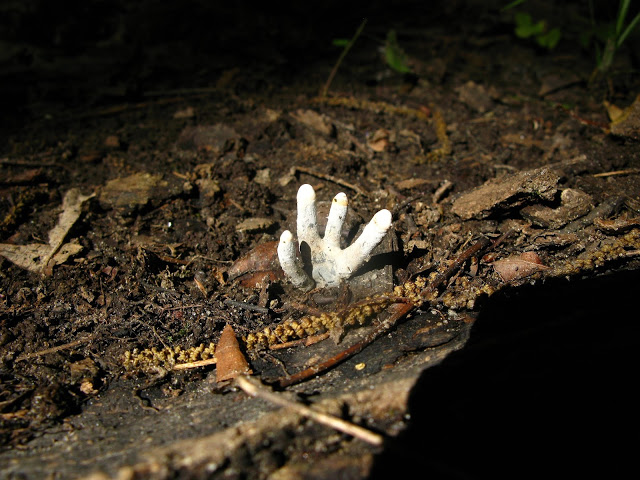 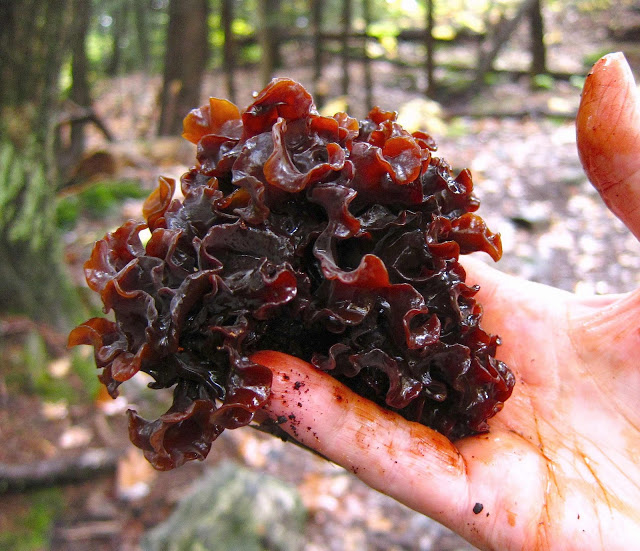 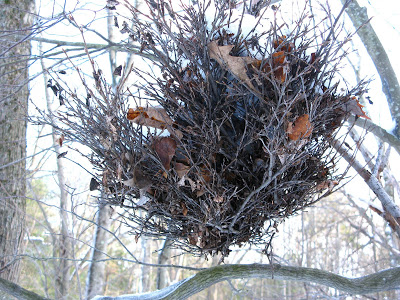 Oh wait!  I thought of some MORE gory stuff!  Here's some Oozy Orange Slime that looks like some tree stumps have vomited.  It's caused by a yeast that feeds on the sugars in tree sap, and you can read all about it on the Cornell Mushroom Blog. 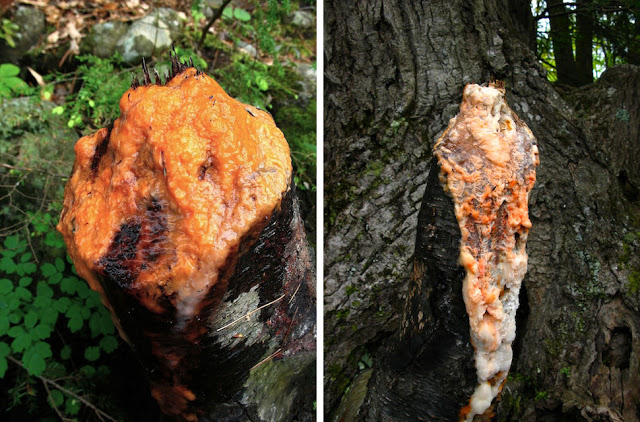 Posted by Jacqueline Donnelly at 2:17 PM