Drenching rains over the past two weeks have stimulated an amazing abundance of mushrooms. On every woods walk I take these days, one fabulous fungus after another decorates the forest floor, from the itty-bitty white Marasmius species peppering the leaf litter to the giant chrome-yellow Chicken-of-the-woods erupting in monstrous proportions along soggy fallen logs.   But if there's one single species that causes me to drop to my knees in wonder, it's got to be this gorgeous mushroom called American Caesar Amanita (Amanita jacksonii).

I doubt that there's any other American mushroom that could be confused with this one, with its bright scarlet egg-shaped cap emerging on a golden stalk from a snow-white cottony-textured cup. 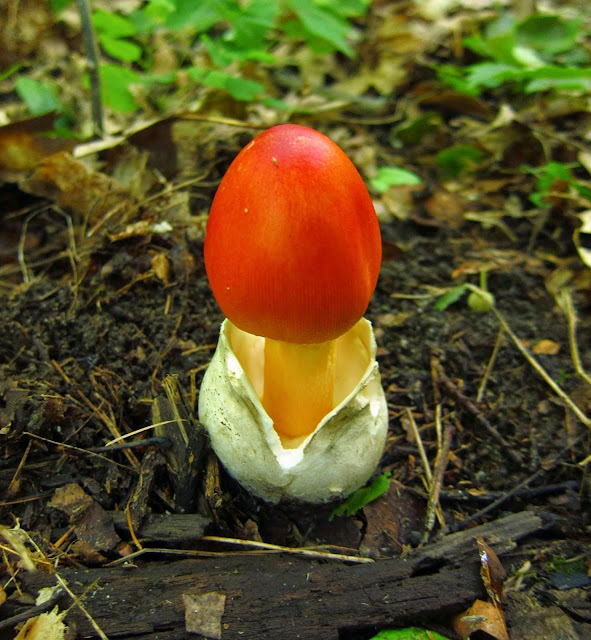 As this mushroom matures, it spreads out into red-centered bright-orange disks, with reddish striations decorating the rims. 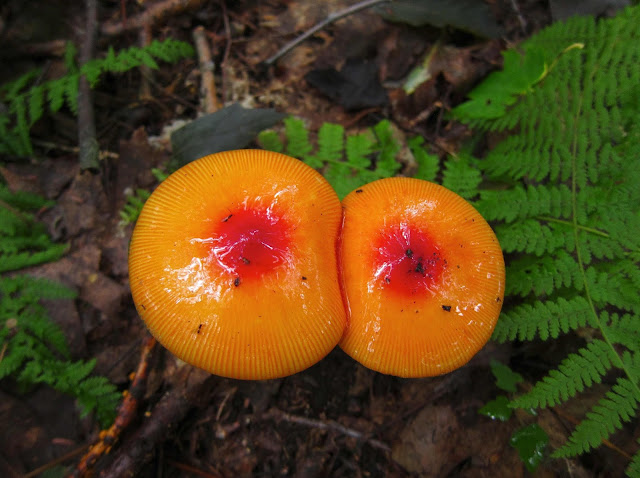 Unlike almost all other members of the Amanita genus, which have white gills, A. jacksonii has yellow-orange gills.  The remnants of the veil that once covered these gills persists as a ring of tissue around the stalk. 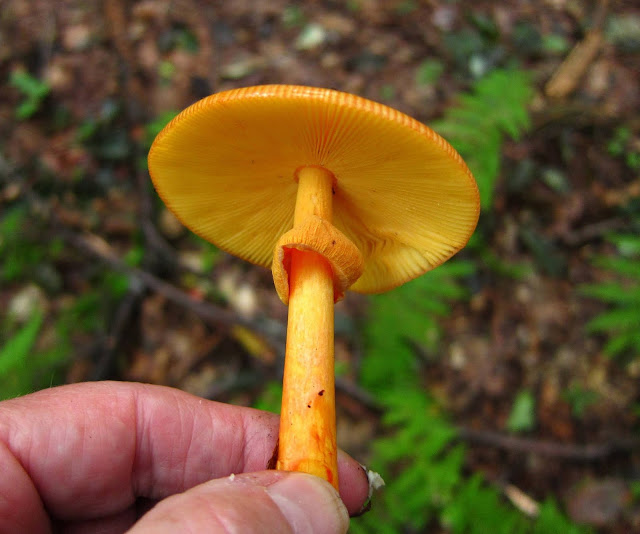 Also unlike almost every other species of Amanita, this mushroom won't kill you or even make you sick if you eat it.  I have read that it's quite delicious, but I have never tasted it.  Nor have I ever found it in such quantity that would merit gathering a mess to cook for supper.  No, I always leave it where I find it, marveling at its singular beauty and hoping that others who pass its way will also be moved to drop to their knees in wonder.
Posted by Jacqueline Donnelly at 11:13 AM

Really beautiful! Is that a northeast species I wonder?

Wow, I have never seen anything like the young ones, although I think I have seen the mature sort. Lovely photos.

Found a couple of those in a northern hardwood forest earlier this week, but they're really scarce here.