Water Goes Down, Flowers Come Up

A few weeks ago, I stopped by the Hudson River below the Spier Falls Dam and was appalled to find extensive mudflats reeking of rotting vegetation and multitudes of dead snails and clams, but very little river.  The water levels had been lowered to allow work on one of the dams, work that a posted notice declared will continue until November.  Yuk!

After paddling well downstream from that stretch of river this past Saturday, I made a detour to revisit the catchment below Spier Falls and was delighted to see how the riverbanks have revived.  Those vast reeking mudflats that three weeks ago would have sucked the shoes off your feet were now firmed up just fine for walking on, carrion eaters had done their duty by consuming the mollusk corpses, and the silt-covered withering underwater plants had rebounded with vigor to cover the mud with a glowing green carpet.  Lovely! 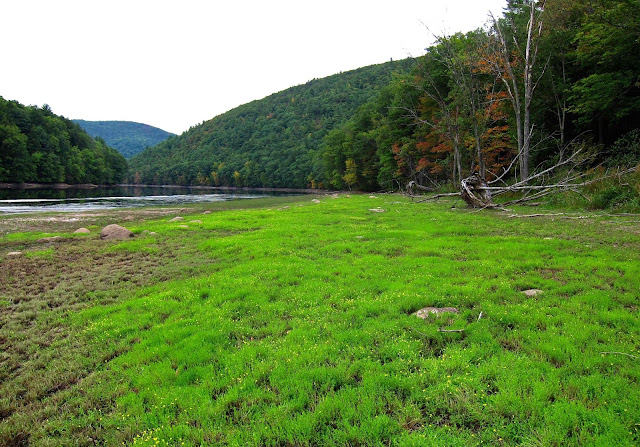 A closer look at that glowing green carpet revealed the source of that distinctive golden glow, the presence of multitudes of Golden Pert.  This is a plant that can lie in wait on a river bottom for decades, if not hundreds, of years, producing green leaves but no flowers until it becomes exposed to sunlight and air.  Then it truly explodes into bloom. 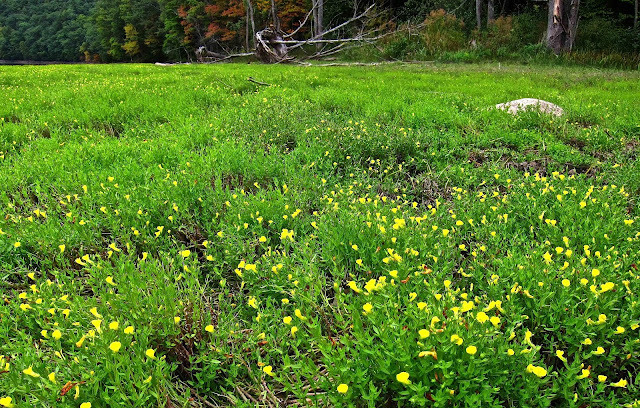 Although masses of Golden Pert covered nearly every inch of mud, there were still a few specimens here and there of other waterside plants, including small patches of sprightly Pipewort, with its little cotton-ball flowers. 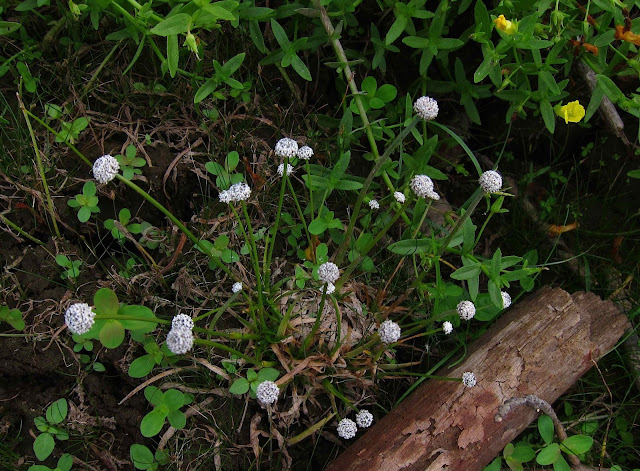 I had to look rather carefully to find them, but sure enough, the pretty little blue flowers of False Pimpernel were also enjoying this muddy habitat. 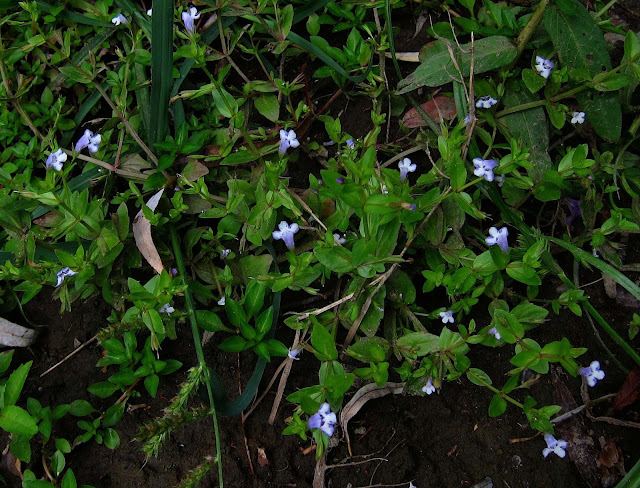 Another mud lover is Branching Bur Reed, although it is more often found in shallow water.  But I'm sure there was standing water when this patch of Branching Bur Reed started its summer season, and it just kept growing, well after somebody pulled the plug on its usual river.  Its golden seedheads, composed of small pointed nutlets, are actually more colorful than were its greenish-white flowers. 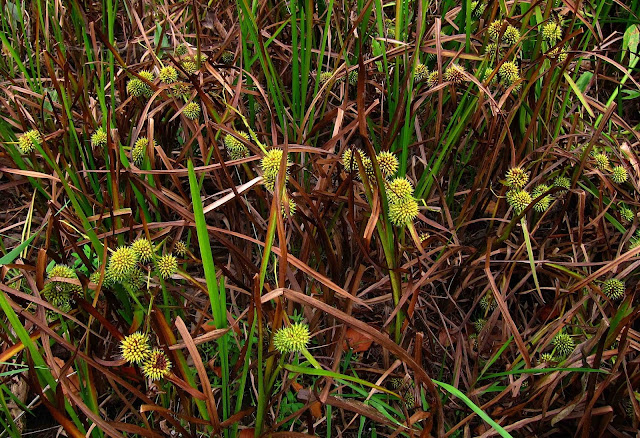 Speaking of colorful, see how pretty the Witch Hazel leaves are now, green edged with rust and gold.  I can't think of any other shrub we have around here that doesn't start blooming until its leaves start fading.  Any day now, we should begin to find the yellow ribbon-like petals of Witch Hazel unfurling in the autumn woods. -- Nature's last floral gift to us before the winter sets in. 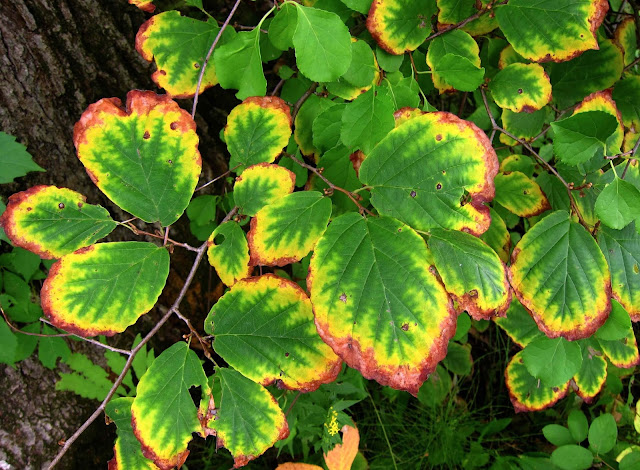 Another late-season floral gift is the gorgeous royal-blue Fringed Gentian, just starting to unfurl its spectacular blooms at the Orra Phelps Nature Preserve.  I stopped there on my way home from the river on Saturday and was amazed to see great numbers of them blooming in the sand-pit area of that nature preserve.  Because it was overcast and late in the day when I stopped by, the flowers were not fully unfurled, but their intense color still made them easy to find.  The next sunny warm day, be sure to stop by the Orra Phelps Preserve on Parkhurst Road in Wilton to witness their glorious display. 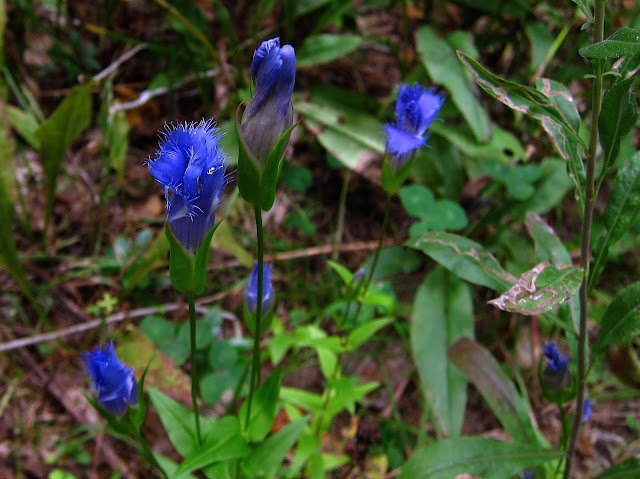 Posted by Jacqueline Donnelly at 5:13 PM

Amazing how nature can recover and naturalize a place.

So glad you're back out there! This is lovely--the regeneration of a mud flat.