According to the thermometer, today was the coldest day yet this year:  12-below when I came down to breakfast.  But the wind that had roared for the past two days was quiet at last, allowing me to venture out for a brief walk along the Hudson this afternoon, after the temperature had edged up into the teens.

I parked at the boat-launch site below the Spier Falls Dam, and I was surprised to see the river completely frozen over from shore to shore.  Usually, the strong current here keeps the river at least partly open despite the coldest temperatures. 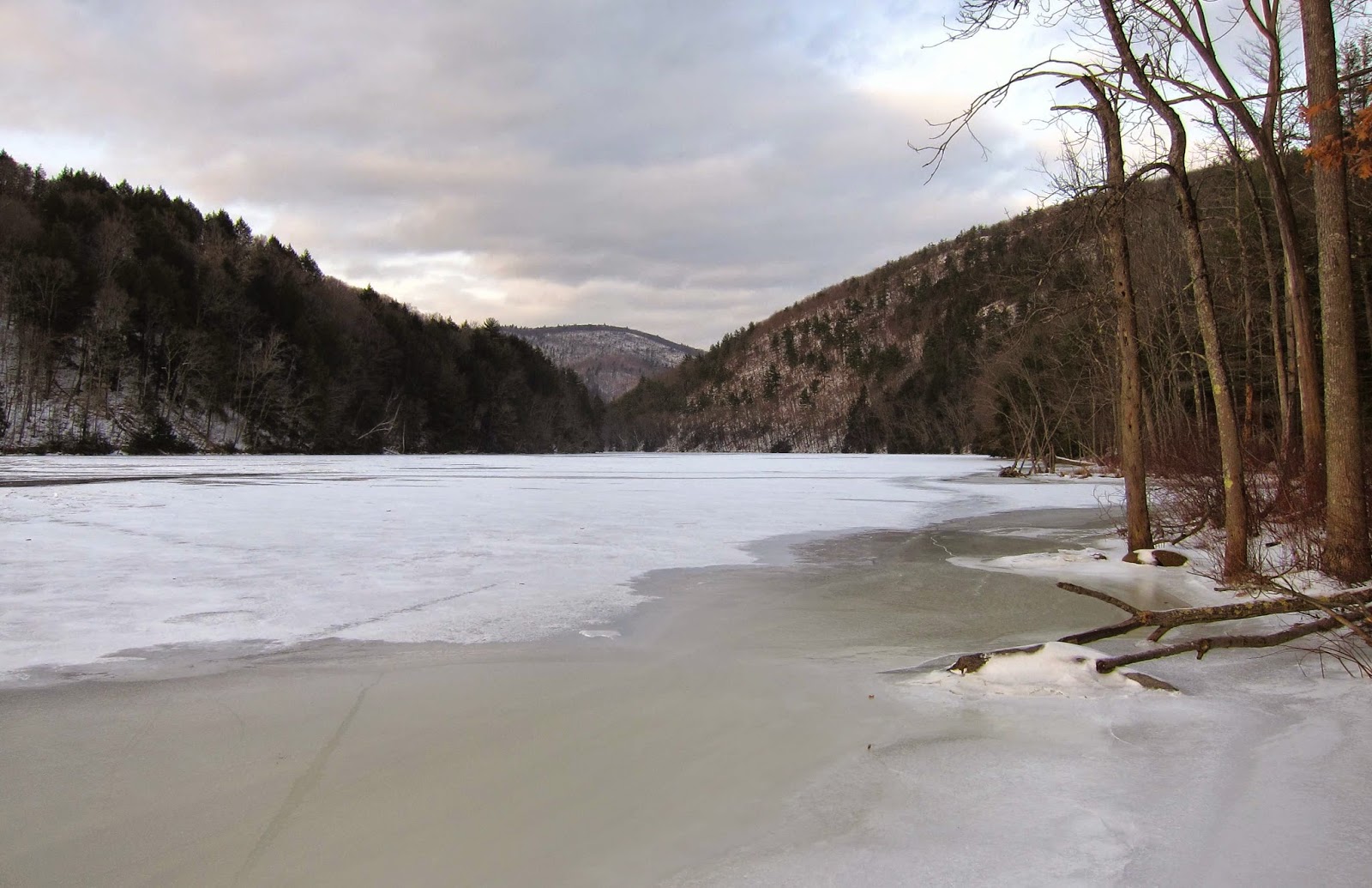 Right near the boat launch, a lively stream empties into the river, and here the current was swift enough to keep parts of the stream open water, while along the edges, beautiful patterns of ice and frost had formed. 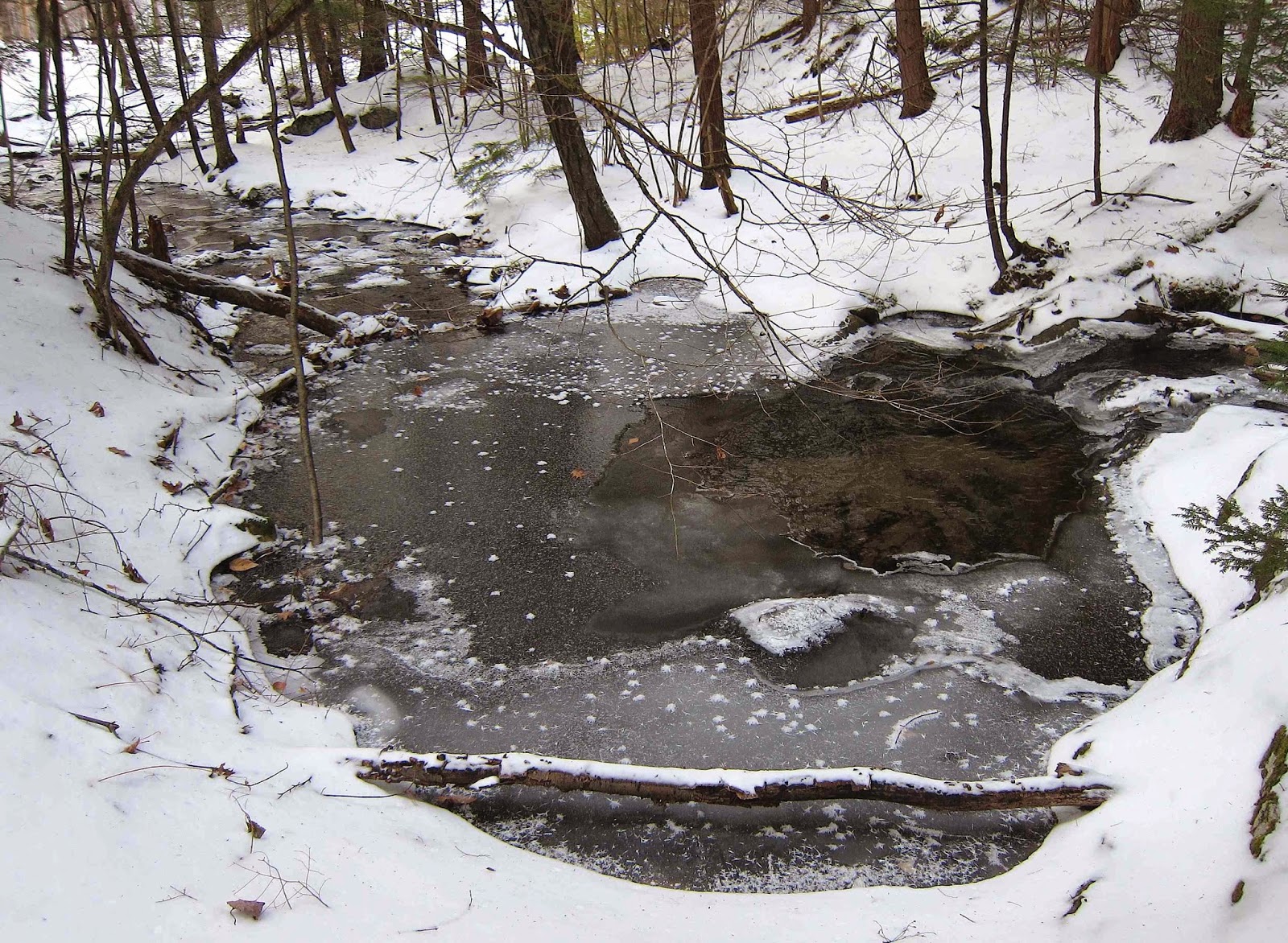 This looked as if someone had thrown down a handful of stars. 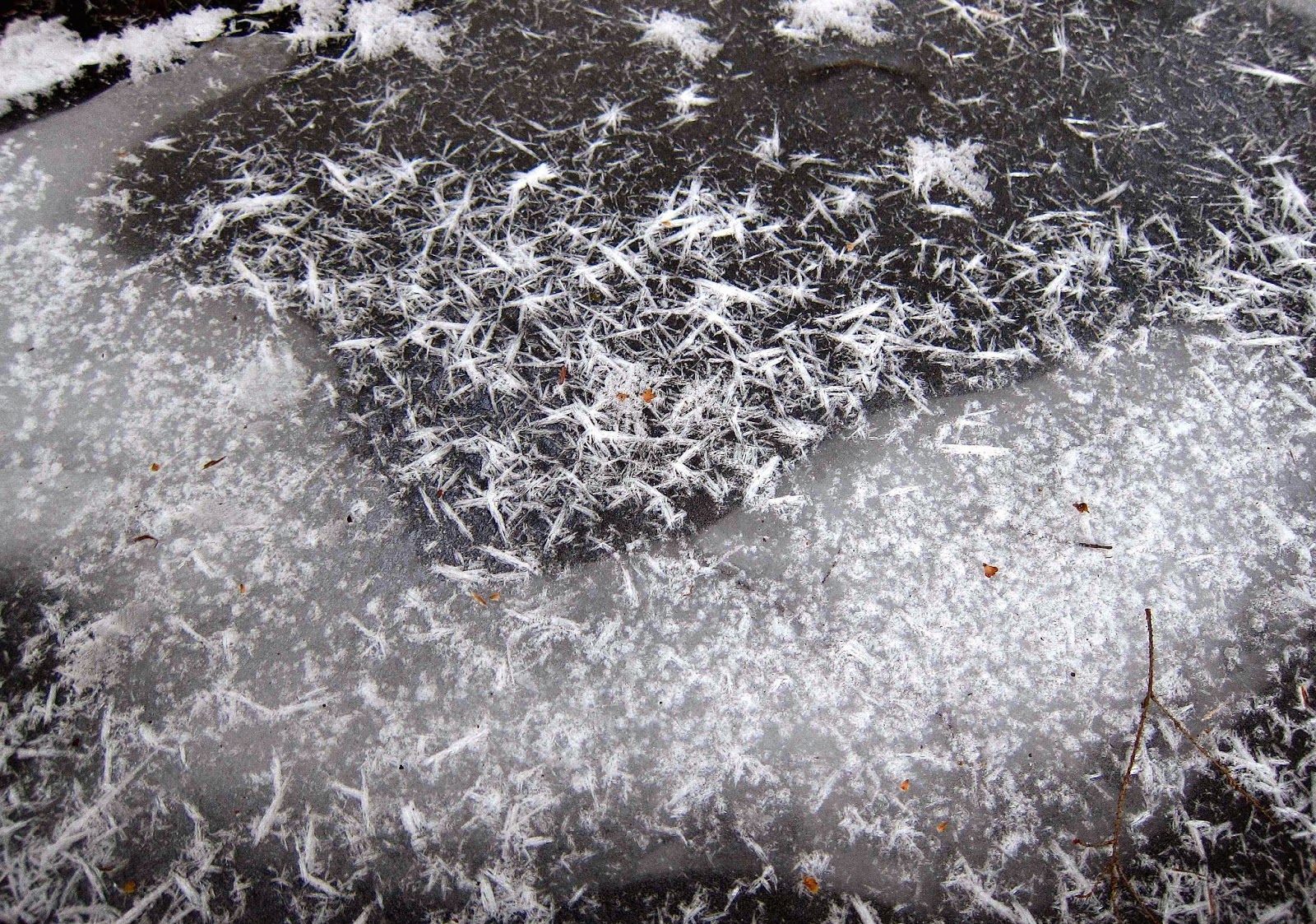 This arching band of frost resembled a diamond tiara. 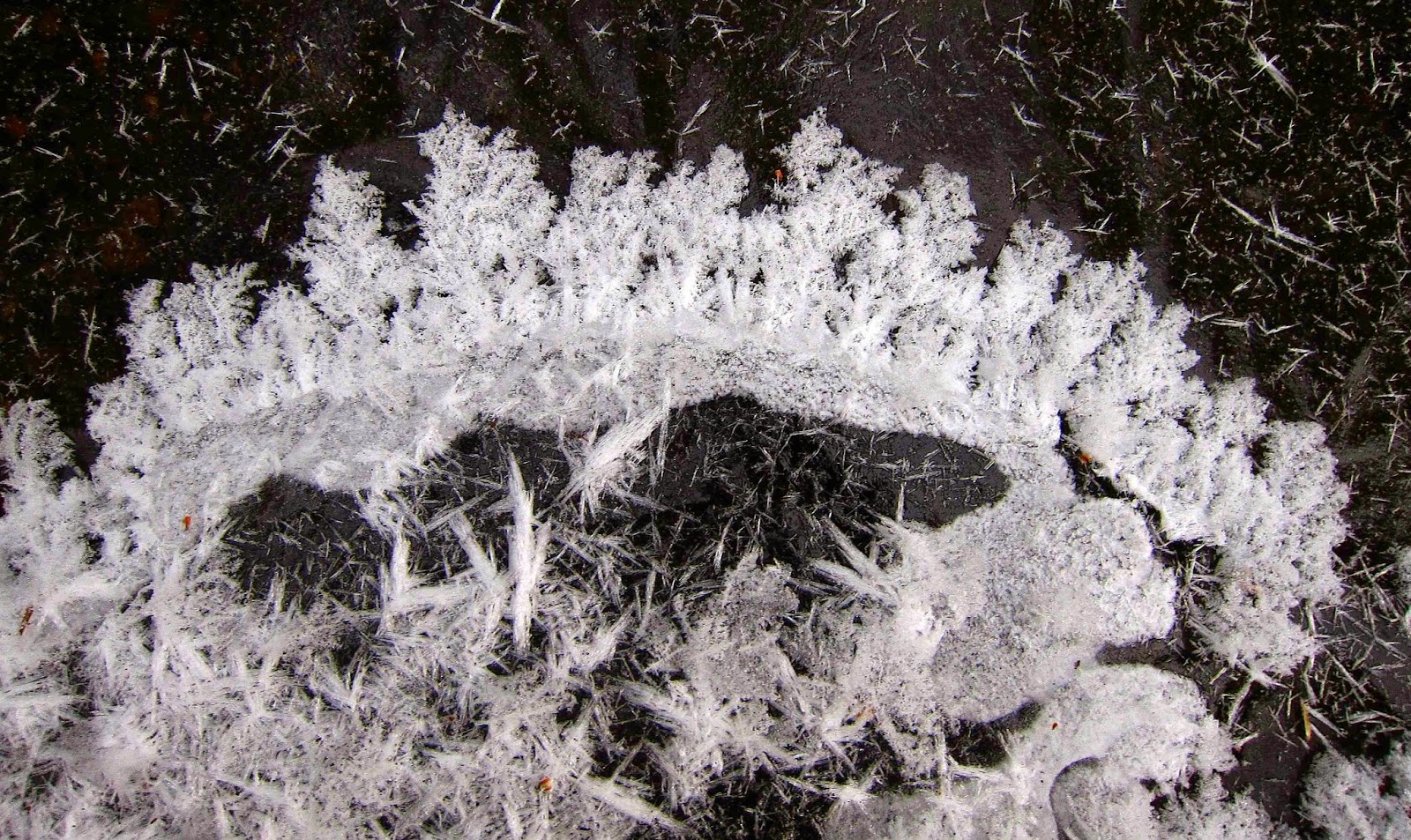 Usually, I detest the alien invasive Oriental Bittersweet so much I refuse to photograph it, despite the beauty of its berries.  But today a late gleam of low sun lit up its red fruit, adding a dash of color to an otherwise drab scene, and I grudgingly allowed that it did look rather pretty. 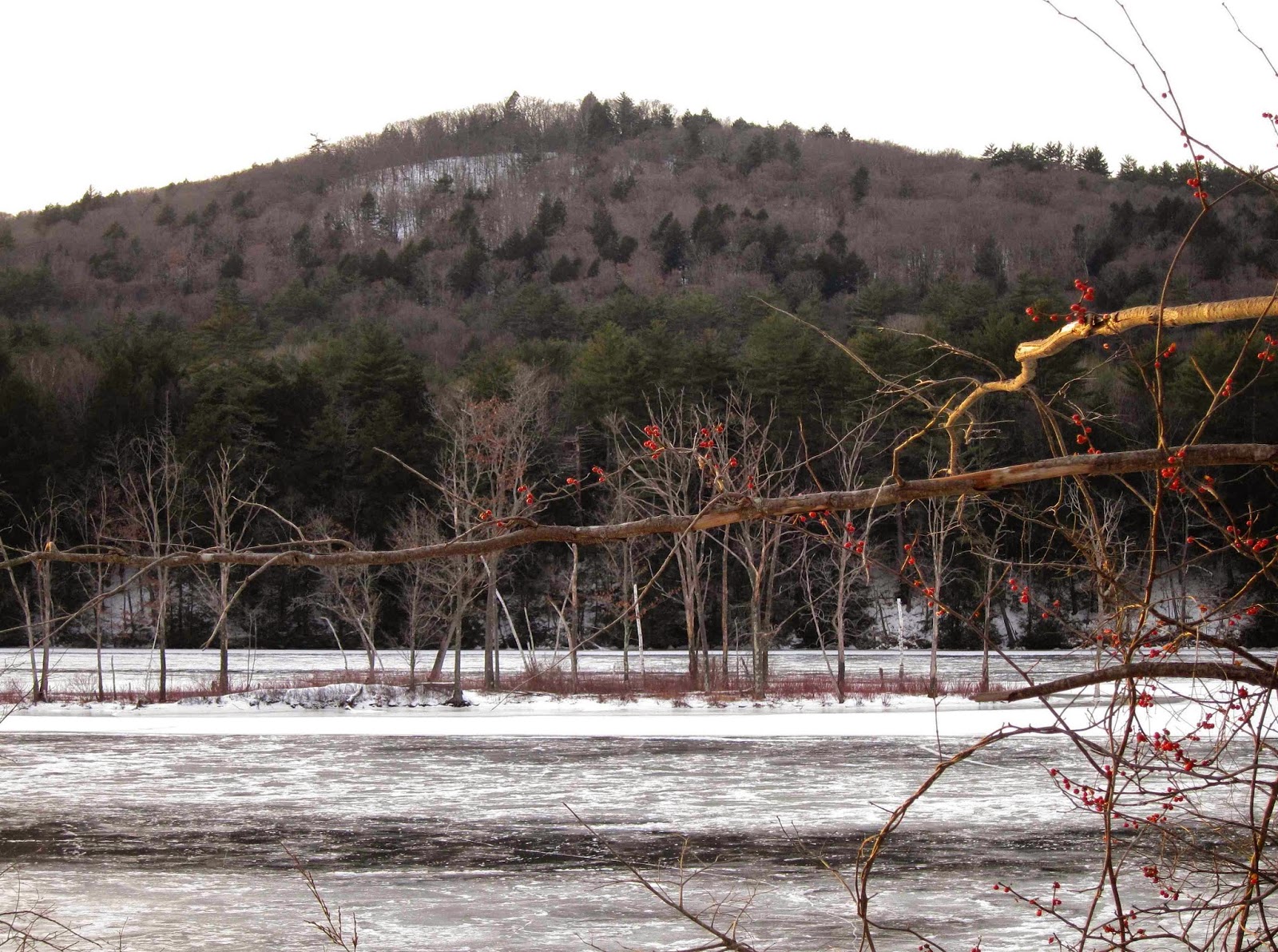 I might have taken more photos of the frost formations along the stream, but my camera stopped working because of the cold, despite keeping it stuffed inside my mittens along with hand warmers.  And I think my shutter-button finger was starting to suffer frostbite, due to searing pain that didn't stop, even after I tucked the finger back into my mitten.  But I'm glad I got outdoors today, having cowered at home for too long.  And tomorrow should be even more inviting than today.
Posted by Jacqueline Donnelly at 10:25 PM

Sort of the same cold here. Fingers get frozen by the second picture!