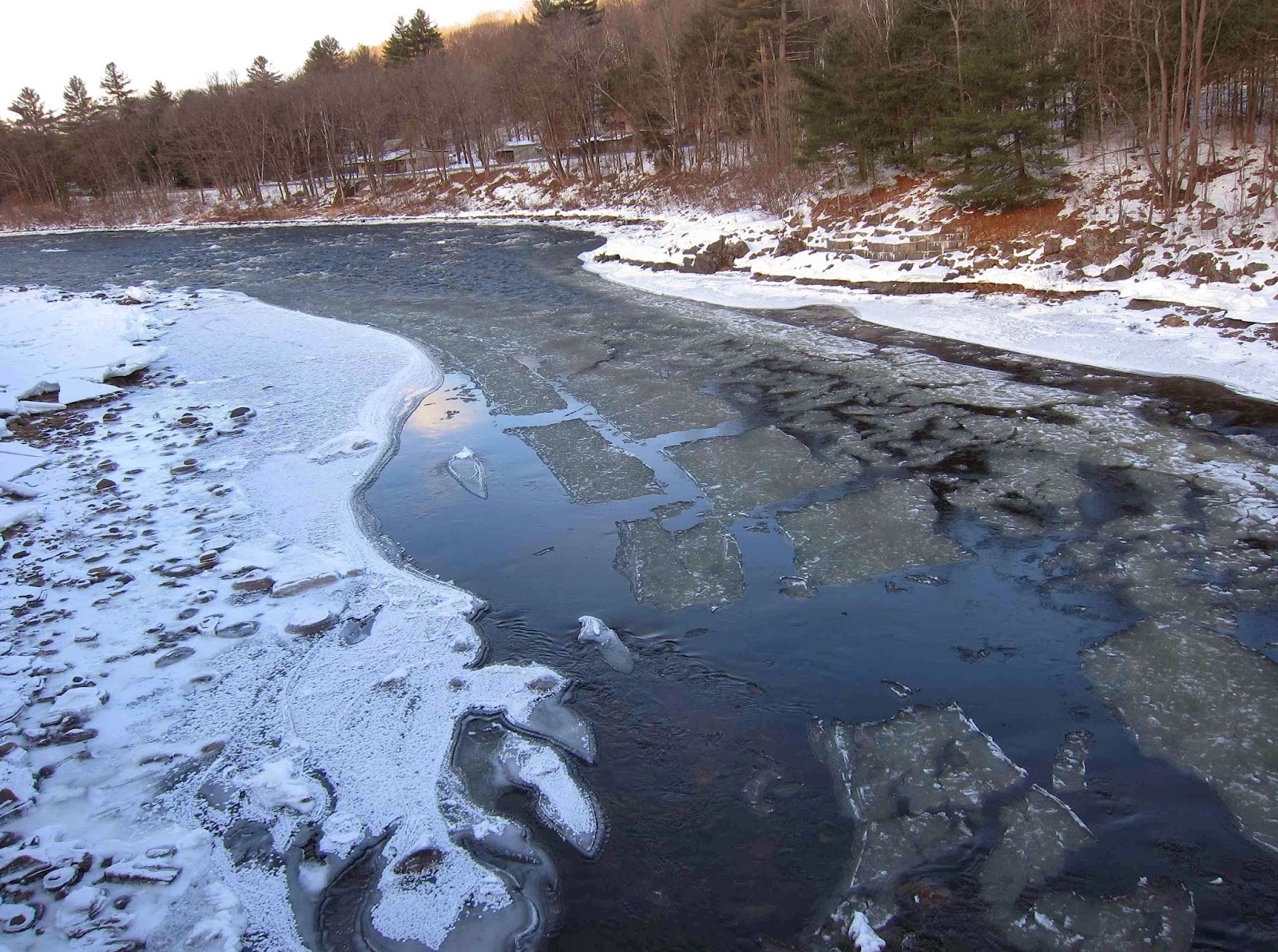 A week ago Friday, on January 24, I stood on the Hudson River bridge at The Glen and photographed the frazil ice forming in the turbulent rapids upstream.  That's the photo I took, above.

Yesterday, on Sunday, February 2, I stood on that same bridge and photographed the changes a week of sub-zero nights had accomplished in the making of frazil ice.  Here's the new photo, below. 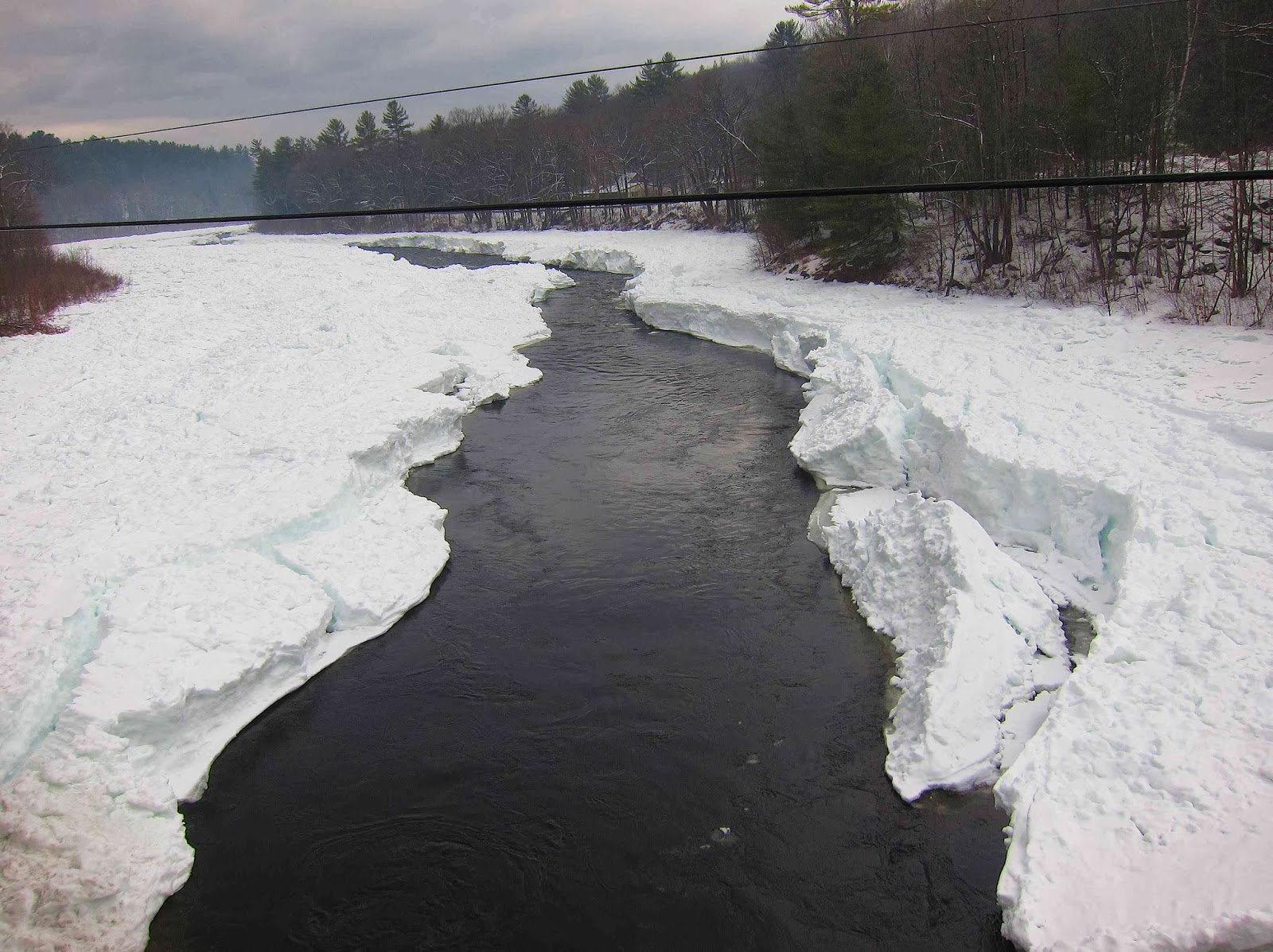 Just look at those thick deposits along the banks!  I have friends who live right next to this bridge, and they had reported that the river was several times completely covered with frazil here, although the water would eventually break through, a process repeated again and again.  By Sunday, we'd had several days above freezing, with even some rain, so no frazil is currently forming,   But these deposits are likely to be with us for quite a while.


Standing on that same bridge at The Glen, here's the downstream photo I took last week. 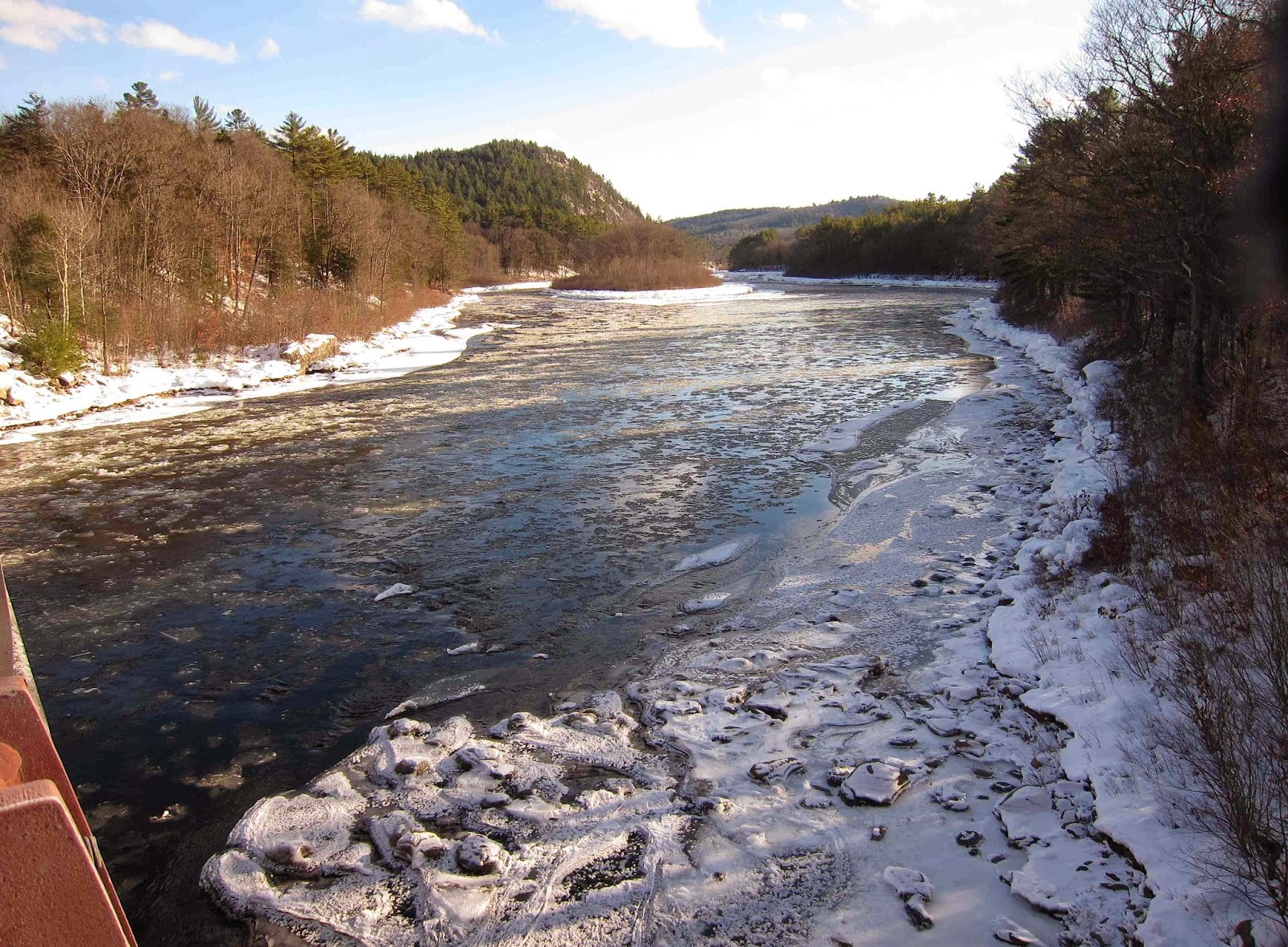 And here's the same scene as it appeared just yesterday. 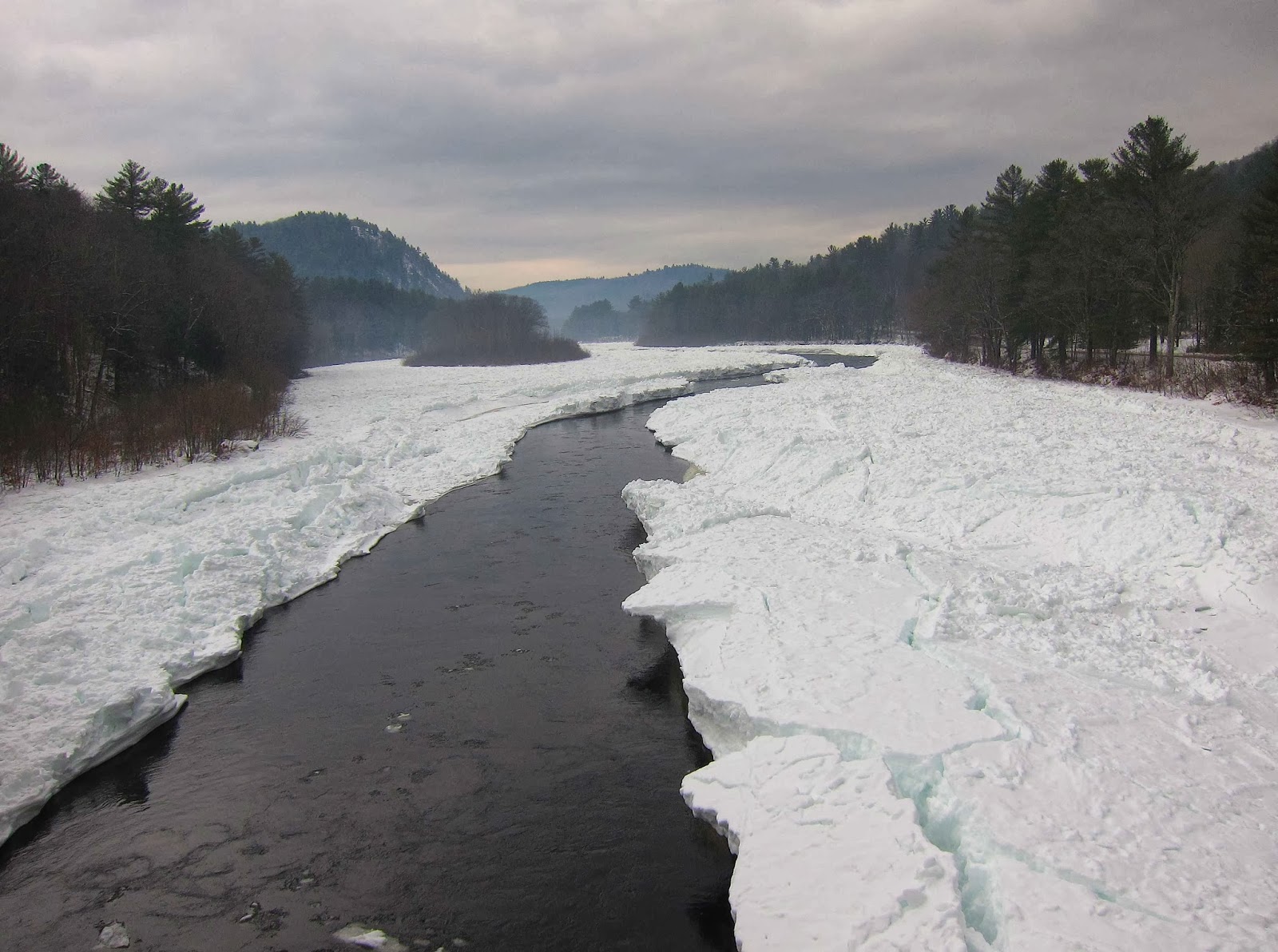 Crossing the bridge and returning south on the road that follows the west bank of the Hudson,  I found evidence last week that the river had partially flooded this valley across the road from the river. 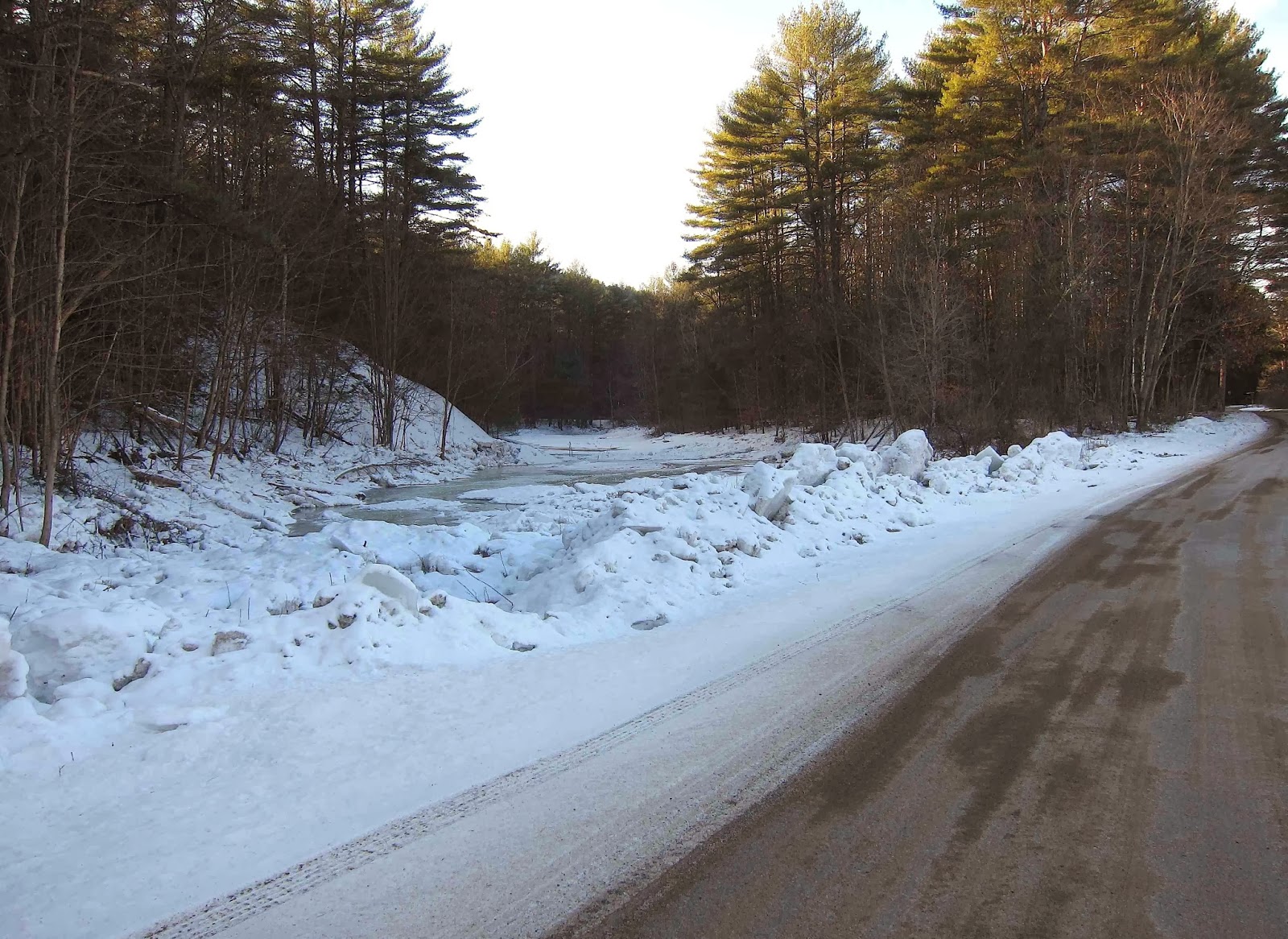 This week, the valley held considerably more water, and water from the ice-jammed river was actually lapping right onto the road. 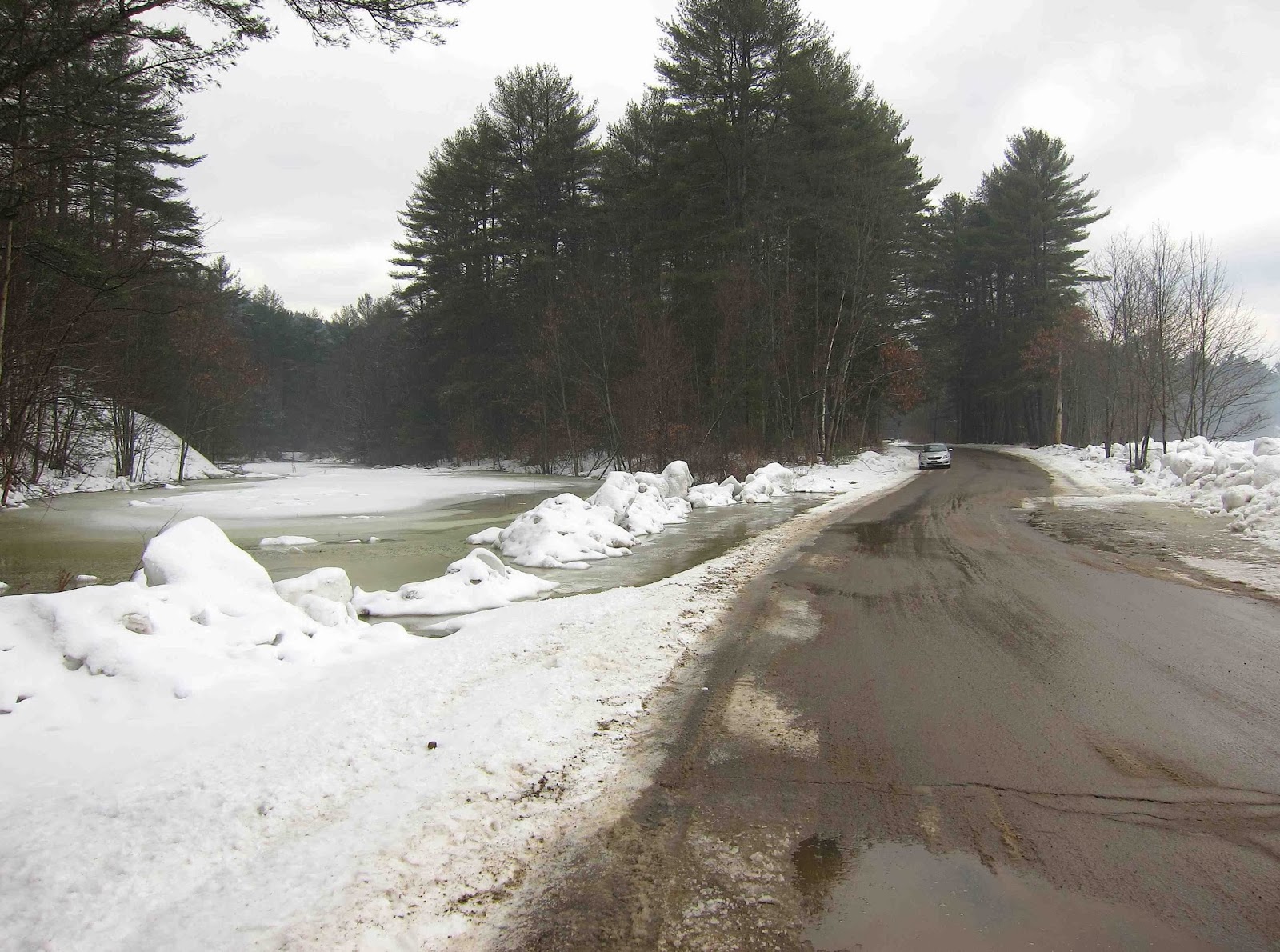 Posted by Jacqueline Donnelly at 10:46 PM

Fascinating! And the thick ice is so lovely!

Wow, what a difference!

whoa, I had no idea that last week the banks were as clear as they were ... a lot of stuff moved around during the week -
good documentation!