From Rarities to Weeds 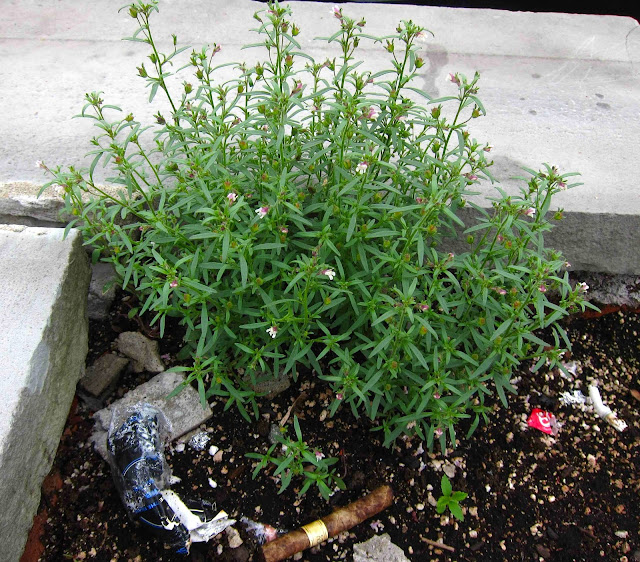 OK, I'll confess to being a wildflower nerd.  But a wildflower snob I am not.  I am just as likely to screech to a halt for a common little sidewalk weed as I am for a really rare orchid.  Who wouldn't love this dainty little Dwarf Snapdragon (Chaenorrhinum minus), which I found today surrounded by trash in a downtown flower planter that hadn't yet been planted with summer annuals.  Even though it's an introduced plant considered by some to be weedy and invasive, I love its sweet little pink blossoms and lacy leaves.  So I ran home and fetched a flower pot and trowel and dug this up and brought it home before gardeners ripped it out and threw it in the gutter.  I'm kind of hoping it will grow like a weed and fill up the cracks in my backyard sidewalk with its pretty flowers and foliage.


Here's another "weed" I found growing in an alley, but this one is actually one of our native wildflowers called Carpenter's Square or Eastern Figwort (Scrophularia marilandica).  I always stop to peer closely at its cute little flowers with the two brown bunny ears, but I never dig this one up to bring home.  Its tiny blooms may be cute, but as a plant it's rather gawky and homely. 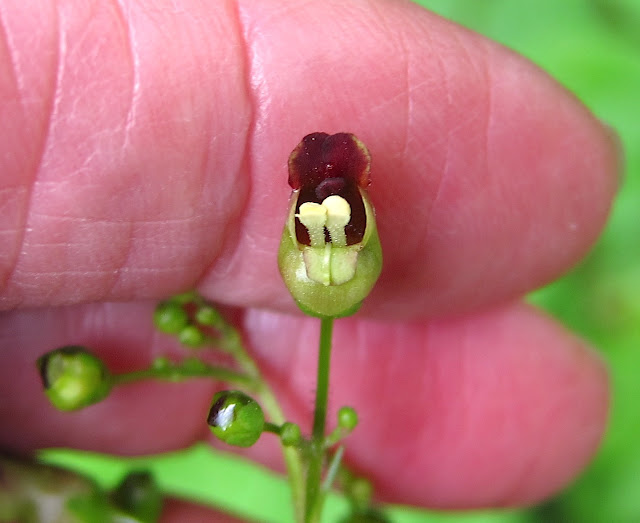 Update:  I have corrected the name of this figwort from Hare Figwort (Scrophularia lanceolata) to Carpenter's Square (S. marilandica), thanks to information provided by a reader named Douglas McGrady, who pointed out the purple undeveloped stamen against the back side of the flower.  If this were S. lanceolata, this undeveloped stamen would have been yellow-green.  Thanks, Douglas!
Posted by Jacqueline Donnelly at 5:56 PM

People often say to me - how ever did you see that, as I point out tiny flowers in unexpected places. You 'saw' some treasures!