My flower hunts today were truly wide-ranging, from Moreau at the northern border of Saratoga County, to Galway in the county's western region. And I found some real treasures!

I know lots of places to find the occasional patch of Trailing Arbutus (Epigaea repens), but never have I found such a teeming profusion of this beautiful flower than on the southern bank of Mud Pond in Moreau Lake State Park.  This photo represents only about a quarter of the entire expanse of the patch.  What an abundance of fragrant loveliness! 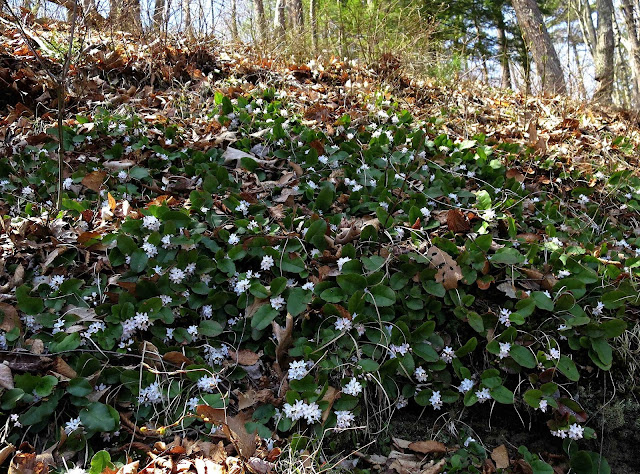 Here's a closer look at the Trailing Arbutus.  I only wish I could share its exquisite fragrance as well as its pristine beauty. 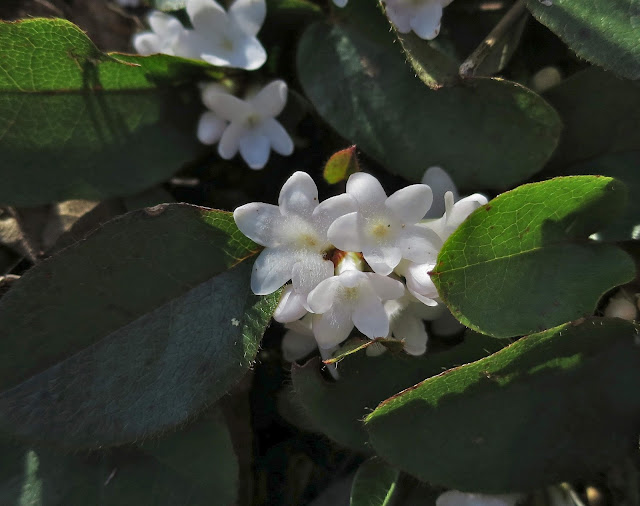 While walking around Mud Pond, I found occasional patches of Northern White Violet (Viola pallens) starring the damp ground near the water's edge.  You have to look close to notice them, they are so very small. 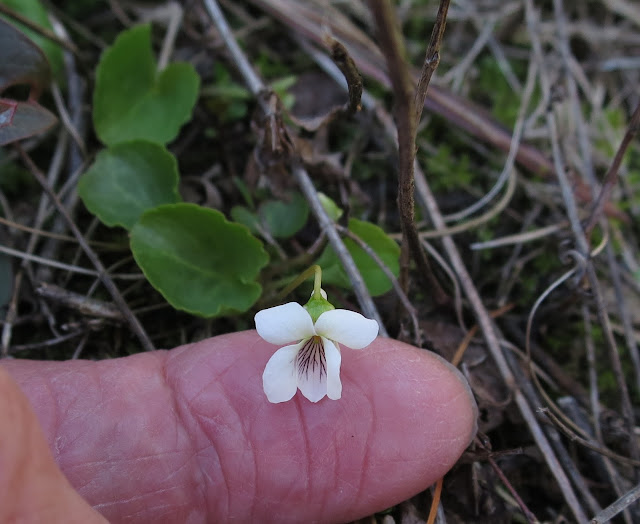 Later in the day, I accompanied some friends to Galway in the western region of Saratoga County to explore some new properties obtained by the land conservation organization Saratoga PLAN (Preserving Land And Nature).  Underlaid by limestone, this wooded property was teeming with lime-loving plants, including numerous patches of Squirrel Corn (Dicentra canadensis).  I have seen this plant in gardens before, but never growing wild in the woods.  A real find for me! 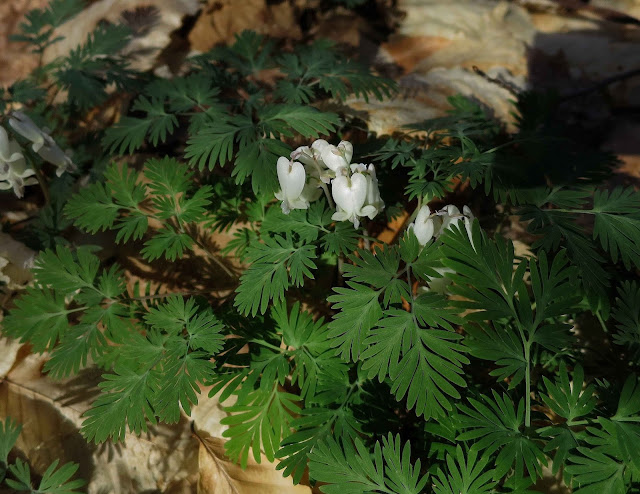 A tumbling stream falls through this woods, and along that stream I found several clumps of the liverwort Conocephalum conicum.  Now, this is a very common liverwort, and I have seen it many times.  But never had I seen these little mushroom-shaped structures rising from among the liverwort's leaves.  Why, blow me down!  These must be its reproductive parts! 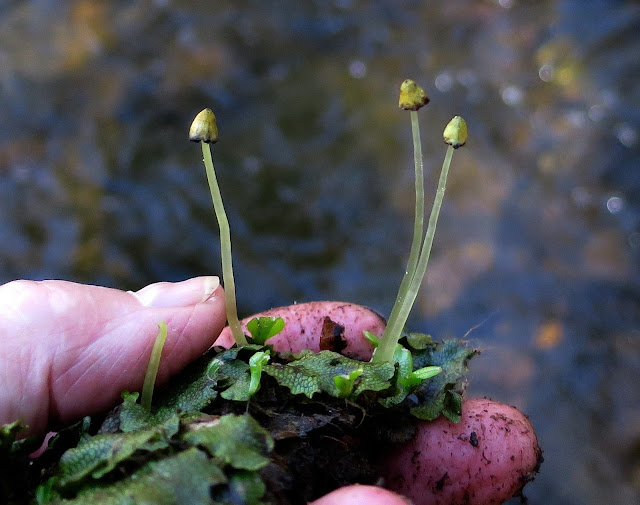 Or maybe they're really tiny green mushrooms sharing the stream-side mud with that liverwort.  But nope!  When I turned those little caps over to see the underside, I found no gills or pores that would be found on the underside of a mushroom.  Instead, I found these tiny black balls.  These are the liverwort's sporangia, organs that contain the spores that, once shed, will create new plants. Very cool, indeed! 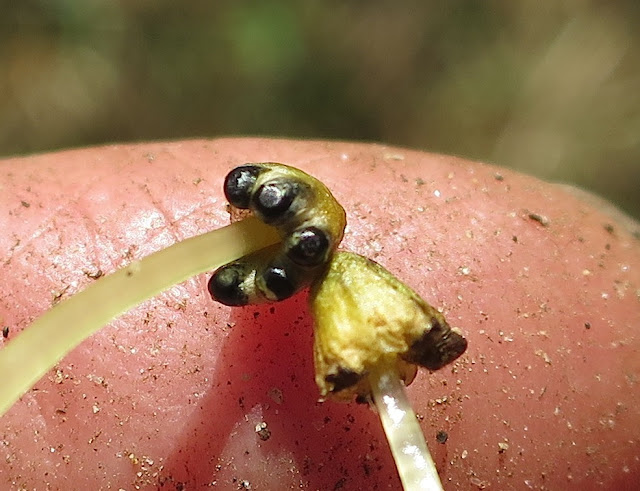 Posted by Jacqueline Donnelly at 9:26 PM

Trailing arbutus is very abundant in this area, but not in large patches like you found. Those reproductive structures on the liverwort are new to me - that liverwort's common here but I've never seen those structures on it.