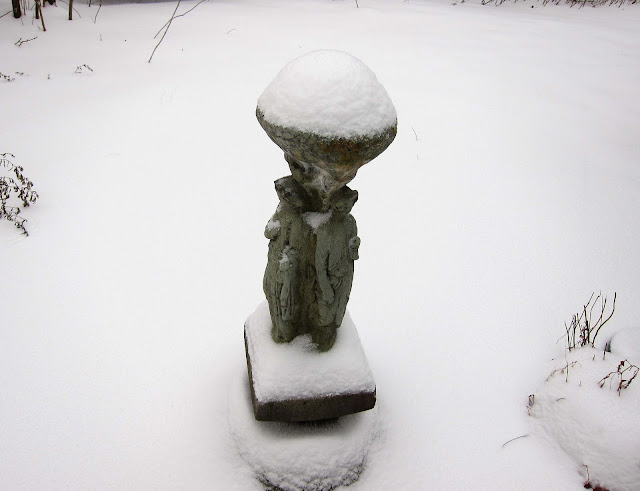 Snow!  Glorious snow!  Soft and white and fluffy and wonderful snow!   For many of us (myself included) who live where winters are long and dark and cold, snow is our consolation and compensation.  We had more today than we had all last winter, and I heard we should get more tomorrow.  Hurray! And so far, it hasn't been spoiled by rain.

Of course, I had to get out there and play in that snow, so I dug out my car and started out driving north toward the river.  I hadn't gone more than a block or two, though, slipping and slewing at every stop sign, when I decided I'd better stick closer to home until the roads were cleared.  So I headed instead for Saratoga Spa State Park at the southern edge of town, where I walked beneath the majestic White Pines.  Ah, what cathedral could be more hushed and resplendent! 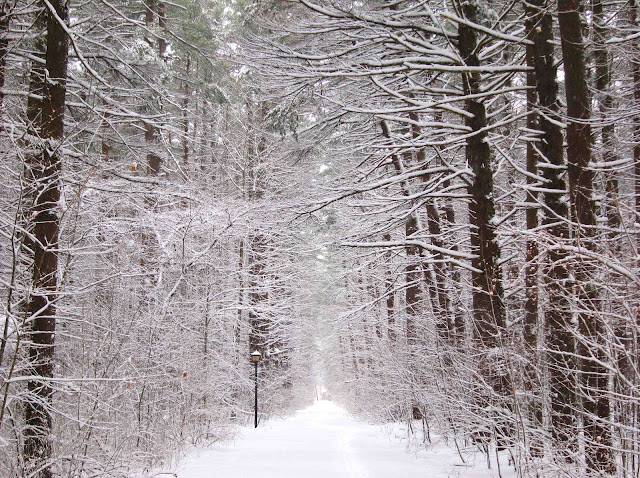 The dried heads of Queen Anne's Lace held the snow as if in a chalice. 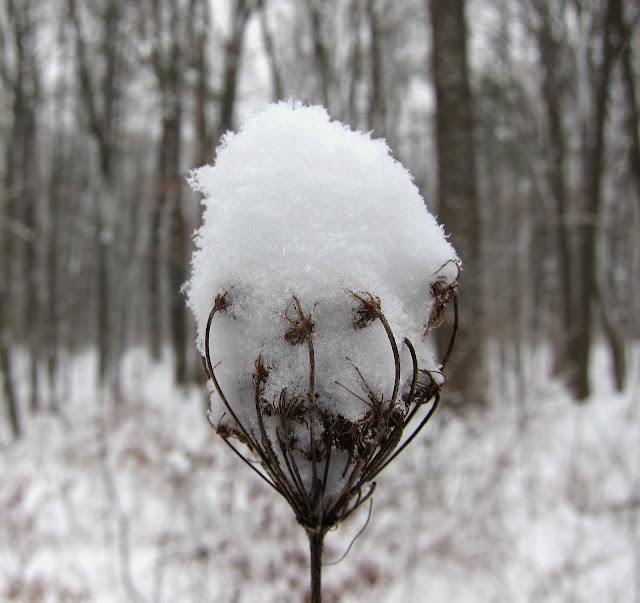 The red-velvet clusters of Staghorn Sumac seeds added a touch of color to the wintry scene. 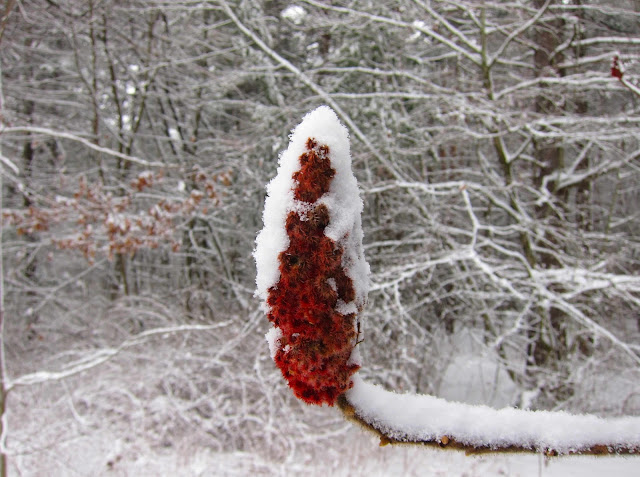 Posted by Jacqueline Donnelly at 9:09 PM

Email ThisBlogThis!Share to TwitterShare to FacebookShare to Pinterest
Labels: snow

I have snow, too, and more on the way for Saturday. Three storms in one week is a bit like an embarrassment of riches, though.

Nice! We've had about 15" in the last couple days in central PA.

Look at it all! Folks here are all a tizzy over the measley 4" we got. But the skiers and snowmobilers are certainly enjoying it!