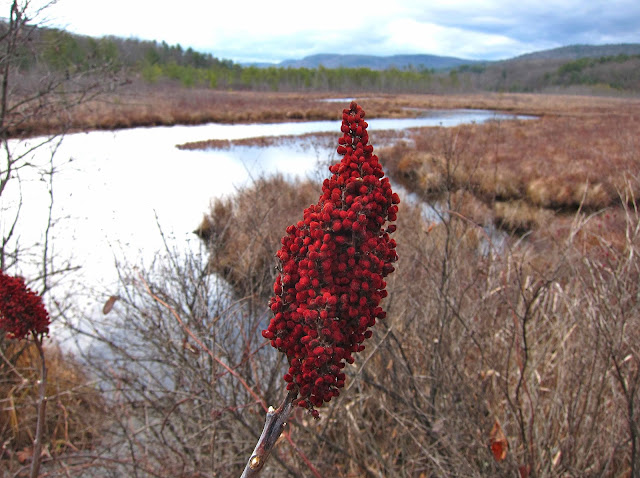 Gray and blustery today, and growing colder by the hour.  It wasn't the nicest day for a walk, but I hadn't seen my friend Sue all week, so we arranged to meet at her place in Queensbury and go walk on the Warren County Bike Path by the Glen Lake Fen.  Those huge flocks of Snow Geese in Saratoga had raised our hopes that we might see lots of birds in this shrubby wetland, but aside for a single Red-tailed Hawk that came soaring over to inspect us, we saw not a flap nor a flutter of any feathery critter.  That struck us as strange, since this area is usually alive with birds.  This year, though, the wild grapes and crabapples that normally offer abundant food to both migrant and resident birds have long ago been devoured, and we could not find even a single Winterberry still clinging to the branches.  There were still some Smooth Sumac berries (see photo above) and a bright patch of rose hips (below), but little else that might attract birds to visit or winter here. 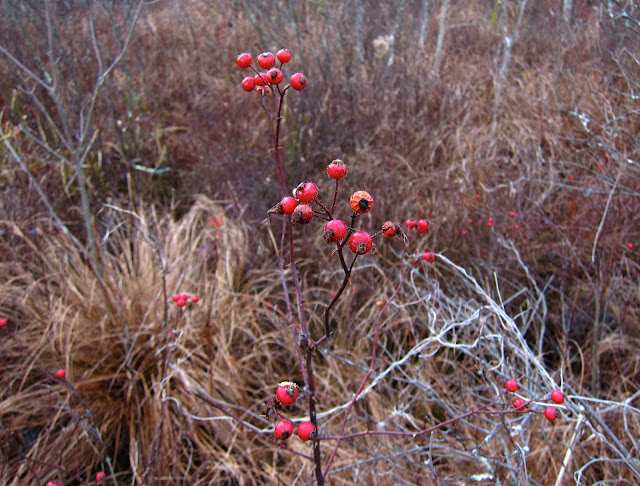 There was little to attract our attention, either, the landscape being mostly brown and gray and dead, but here and there we did find spots of delightful color, such as this baby oak with its deep coral leaves. 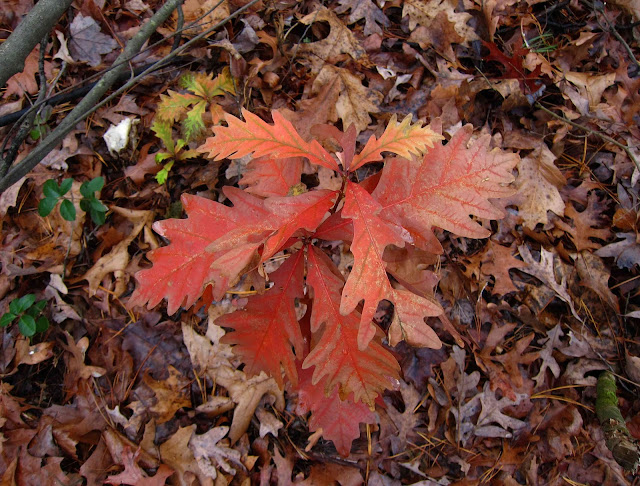 The Staghorn Sumac had dropped its leafy stems, and its skeletal branches, backlit by a feeble and momentary sun, appeared to be outlined in light. 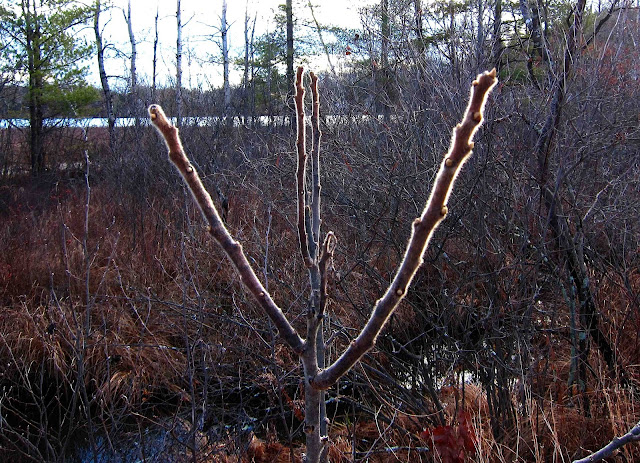 A closer look reveals all the tiny hairs that capture and hold the light.  I suppose it's this velvety texture, similar to that of a buck deer's newly formed antlers,  that suggested the name Staghorn for this native shrub.  In spring, new leaves will sprout from each of those knobby buds. 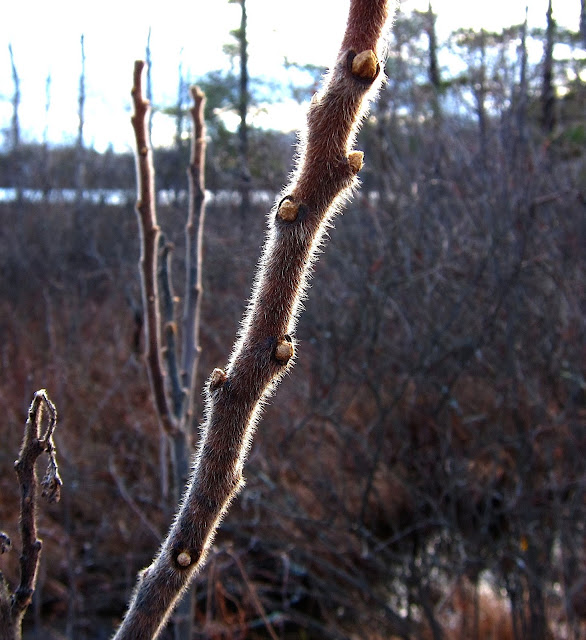 Part of the fun of nature walks this late in the year is to try to identify the plants that now stand shriveled and dry, their flowers long gone and their leaves turned brown.  We pondered over this one (below) for a long time, noting its opposite leaves and long slender flower stalks holding spherical seed heads.

It wasn't until I got home and looked through my old photo files for similar seed heads that I decided this must be Fringed Loosestrife.  The wetland habitat was certainly right for that flower, as well.
Posted by Jacqueline Donnelly at 10:32 PM

'Love the colors in the shot of the sumac!

I just love reading about your bog walks. I don't have any bogs around my cabin at Roundtop, so your findings all see exotic to me. I'm just an ordinary oak and hickory forest kind of girl.

I sure would love to see a flock of snowgeese. Your pictures are great even without much bird life. My sister-in-law and I were treated to a small flock of bluebirds the other day here in Albany. Such a treat. Thank you for posting on my blog! I, too, hope the winter birds will find something to eat this year.