A Cold Morning Walk at the Hundred-Acre Woods 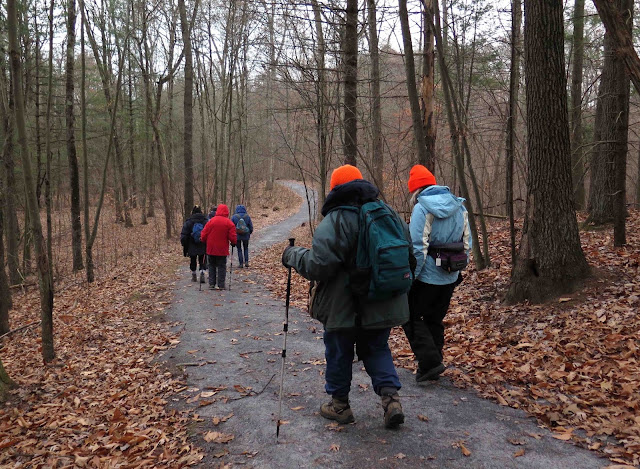 Brrr!  It was still in the teens on Thursday morning, when my friends in the Thursday Naturalists and I set out to walk a nature preserve in Malta called the Hundred-acre Woods. Because it was so bitterly cold, we kept up a brisker pace than we irrepressible botanizers usually prefer to walk.  Of course, when a hard freeze has killed all the flowers and shriveled most fungi to unrecognizable blobs, there weren't a lot of riveting finds along the way to bring us to a halt.

We did stop to ponder these scuffed-up leaves, however.  Who's been kicking around in here? We decided it must have been deer, pawing the leaves to get at the acorns that littered the forest floor. 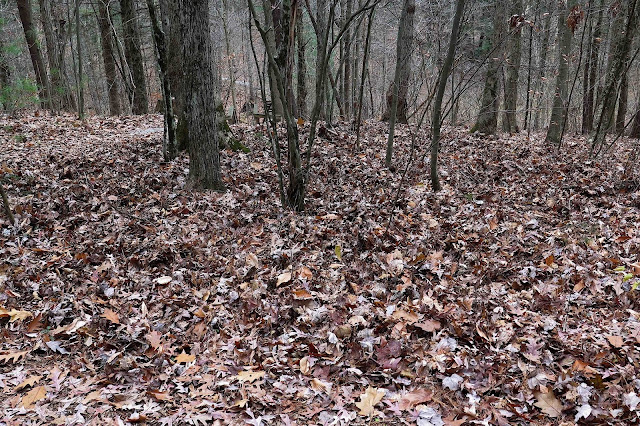 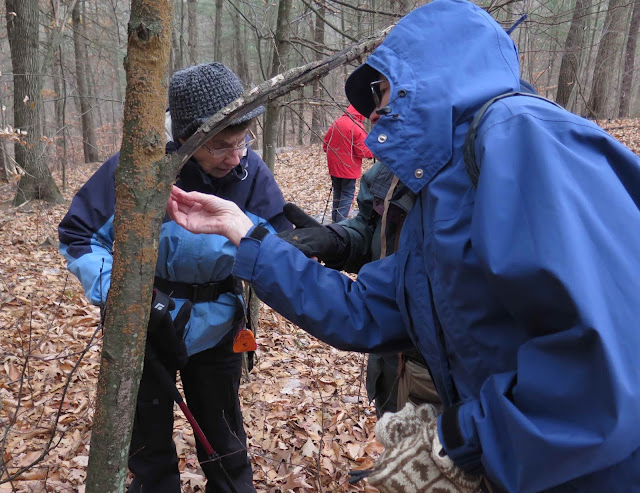 One friend wondered if this was a lichen, but I said I thought it was a fungus, with all those flattened, squared-off teeth dangling down.  When I got home, I searched both my mushroom guides and Google, and finally came up with the name:  Brown-toothed Crust (Hydnochaete olivacea).  But that was about all the information I could find about it. Only one of my guides (Audubon's) even listed it, and it didn't appear in any of the more interesting mushroom sites I like to visit on the internet. But I thought it looked really cool, like the dangling fringe on a Hippie's leather jacket. 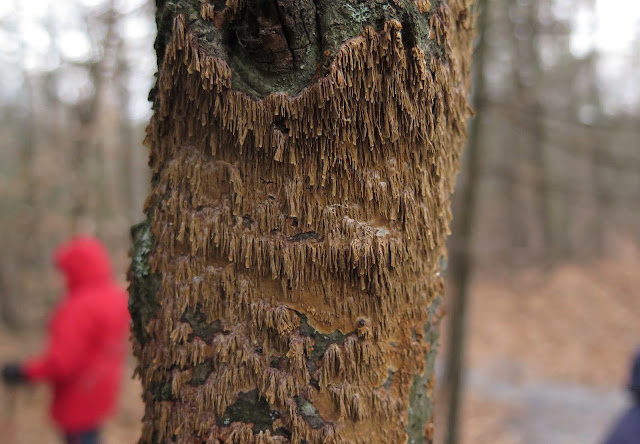 Here was one more of our fungal finds:  a rotting log covered with what looked like pieces of cracked ceramic tile.  In fact, the name of this stuff is actually Ceramic Fungus (Xylobolus frustulatus).  It is said to grow only on oak logs and stumps, and while it is known to be widespread in distribution, it is also described as uncommon. 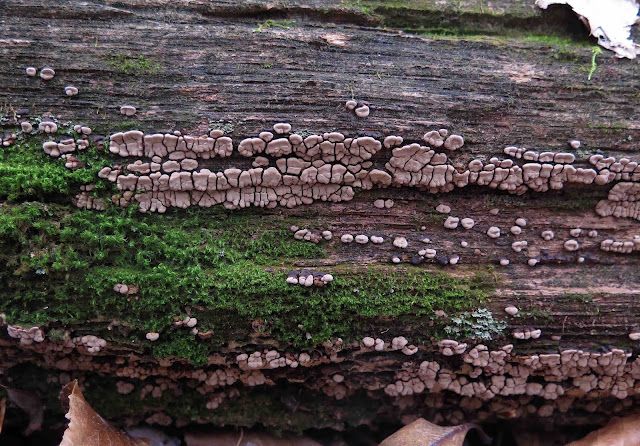 We did have fun pondering over twigs and bark and buds and ferns, as well as lichens and liverworts and other (now frozen) fungi.  There's always lots of stuff in the woods to fascinate us, whatever the weather or season.  But I didn't stop to take many photos because my hand got too cold when I pulled off my glove to operate my camera.  At the end of our walk, we then decided not to picnic outdoors as we usually do, and we all headed off to the Malta Diner to warm up with hot food and happy conversation.
Posted by Jacqueline Donnelly at 1:06 AM