Some Finds (Good and Bad) on a Sunday Walk 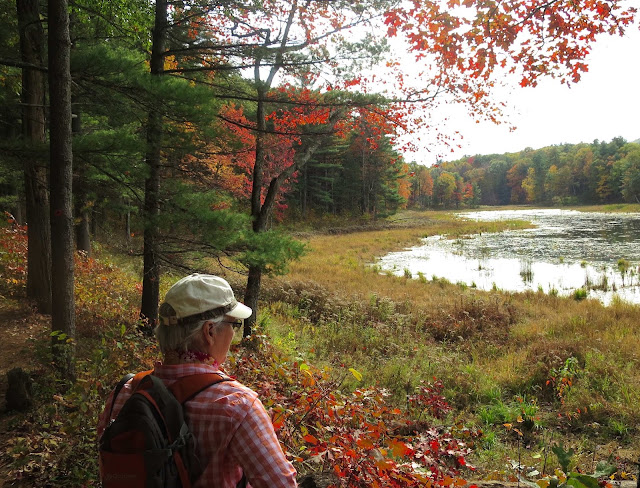 Sunday was another great day for a walk around Mud Pond at Moreau, made even more fun because my pal Sue was with me.

The pond resounded with the constant musical hooting of Canada Geese, and I would have assumed there were no other waterfowl out there on the shallow water.  But sure enough, eagle-eyed Sue soon spotted some ducks way out on the pond, preening their feathers while perched on some floating Water Lily roots.  And what feathers they were! The gloriously colored feathers of male Wood Ducks, our fanciest native wild ducks!  I wish I could show their photo here, but sadly, my camera's zoom wouldn't reach any farther than this cluster of Canada Geese.   (Do google images of Wood Ducks, to see how beautiful they are.) 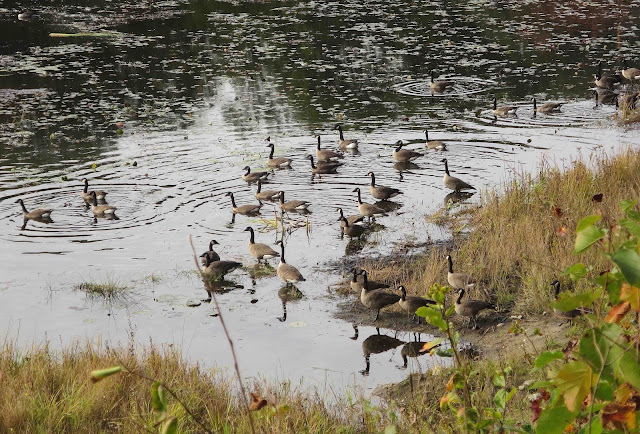 When Sue and I walk around this pond, we always look for the beautifully patterned evergreen leaves of Checkered Rattlesnake Plantain.  Being smaller and flatter to the ground than the leaves of the Downy Rattlesnake Plantain, they are much harder to find hiding out beneath the pine needles.  But thanks to our diligent searching, we did find quite a few.  So pretty, even when not in bloom! 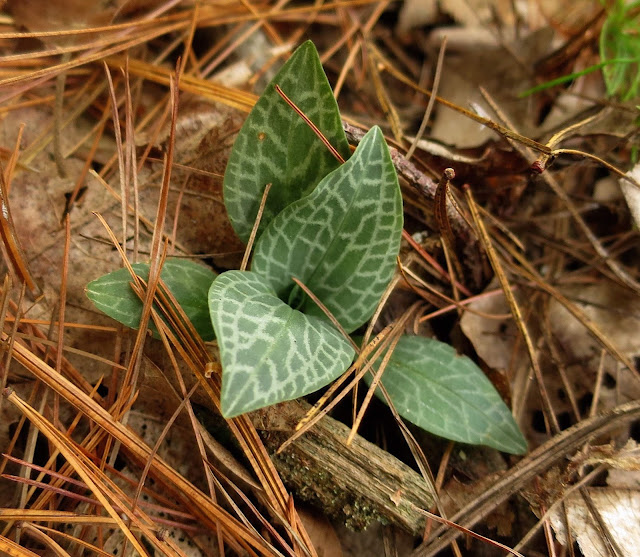 Here was a nice surprise!  I had bent to enjoy the variety of colors contained in these juvenile oak leaves, when what I had thought was a fallen twig began to crawl away.  This is our Northern Walking Stick insect (Diapheromera femorata), and it shouldn't have been surprising to find it on an oak leaf, since oak leaves are its favorite food.  Hazelnut leaves are, too, and many Hazelnut shrubs also thrive in the same open sandy area as these baby oaks.

Oh, but here was a very sad find!  A baby Eastern Hognose Snake, dead on the path, where it looks as if someone had tried to chop it in two.  I don't know how else it could have been injured in just this way. Any animal predator would have consumed it instead of leaving its little body to lie in the sand.  How terrible that some folks respond so violently toward snakes, especially such a harmless snake as the Eastern Hognose, who couldn't bite you even if it tried, since it has no teeth in the front of its mouth. 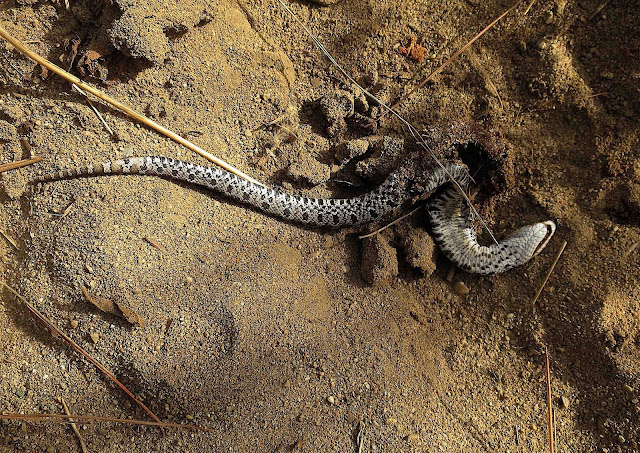 Such a sweet little baby face!  How could anyone be afraid of a dear little critter like this?  Poor thing! 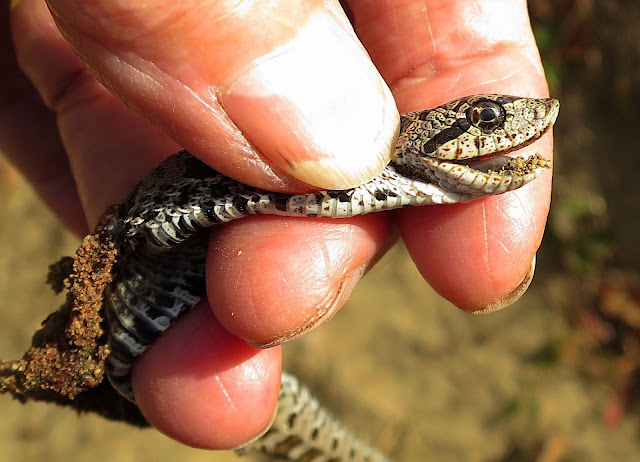 Posted by Jacqueline Donnelly at 8:41 PM

As a gardener I am always happy to see a little snake. I can't believe how people can be so crewel as to kill such a small creature.

Apparently osprey usually nest within ten miles of the site where they fledged so the platform may be unused for a while.

Hognosed snakes are almost unknown here in northcentral PA, we don't have the sandy soils they prefer. Too bad an unthinking person apparently killed the snake, unfortunately some folks just can't let snakes go about their lives.