When I went to join my friends in the Thursday Naturalists today,  I was happy to go for a walk with these grand companions, but I really wasn't expecting to find much new.  We were walking the trails of the Anchor-Diamond Park in the town of Ballston, a 246-acre wooded property that is now conserved as a "forever wild" publicly-accessible preserve with miles of trails.  Our group had walked these trails several times in the past year, so I thought I knew just about all there was to know about this preserve, botanically speaking.  And sure enough, we weren't surprised by any unexpected plants.  But we did find a really cool bug! 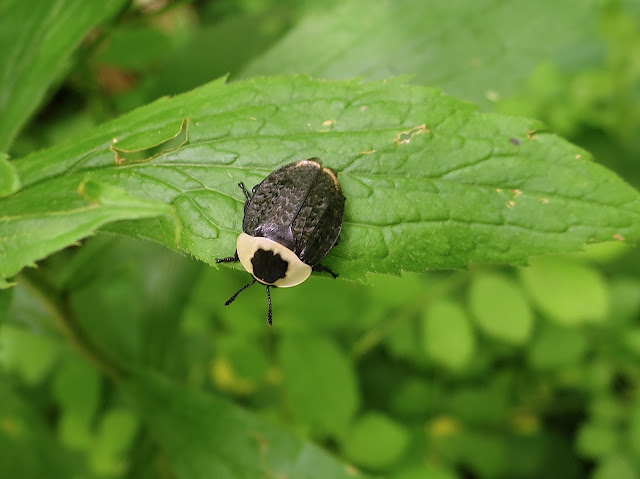 This was a nice big beetle, shiny-black with a remarkable spot on its cream-colored pronotum that I hoped would make it easy to identify.  None of us could name it at the time, but a quick search of Google Images when I got home revealed its name quickly enough.  This is the American Carrion Beetle (Necrophila americana), a bug that deserves our eternal gratitude for keeping our woodland walks free from the stench of rotting carcasses.  Luckily, our beetle happened to be occupying a plant instead of a corpse when we saw it, so it wasn't unpleasant to move in close to capture a  clear photo.

We also found lots of mushrooms today, thanks to our soggy-so-far summer and the resultant saturated soils.  Of all the fungi we found, this little white one was the one that fascinated me the most.  It was tiny, tender, and translucent, with a silky-smooth cap, growing out of a damp rotting log. 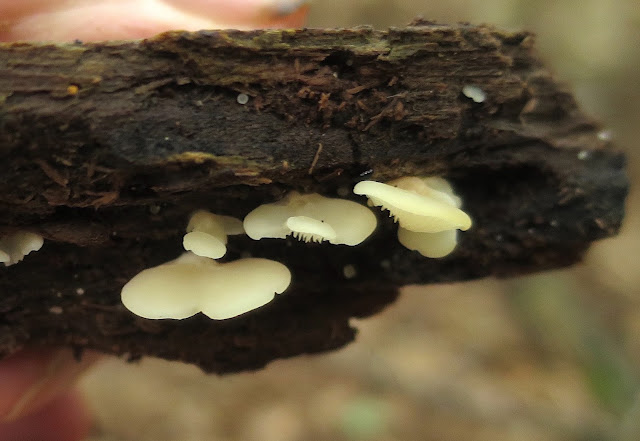 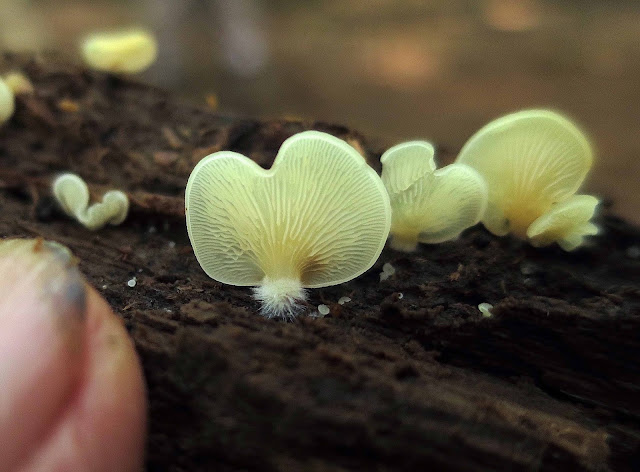 One more surprise awaited me on my way home.  I've been searching all over the county for a couple of roadside weeds that have not been documented to exist in Saratoga County, so I pulled into a parking area near Ballston Lake to walk a railroad bed, often a likely place to find roadside weeds.  Well, I didn't find either Horse Nettle or Musk Mallow, the two I was looking for.  But there in the dirt by the side of the road were these tiny purple flowers I had never seen before in my life. Luckily, I had my Newcomb's Wildflower Guide along, and that book's amazing key system led me right to the page where I found Sand Spurry (Spergularia rubra) -- a perfect match! 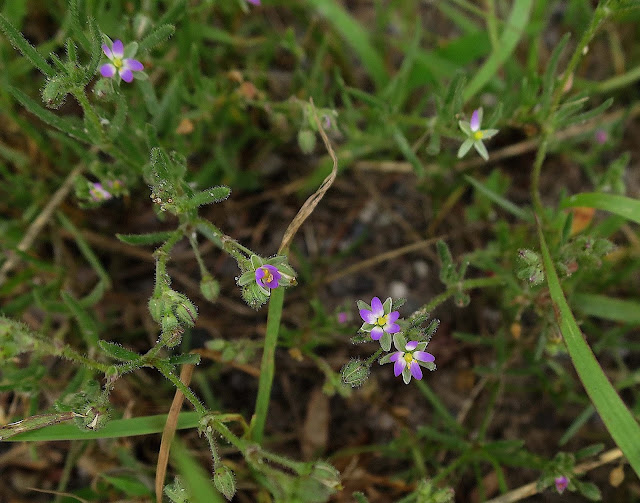 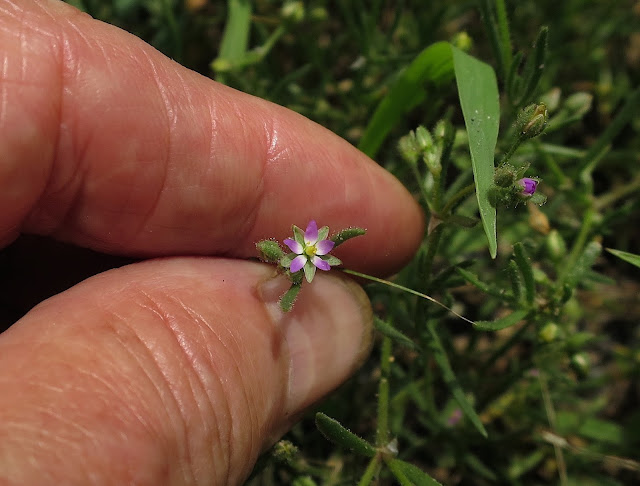 I know, I know, it's just an alien "waste place" weed, not some rare native treasure.  But I had never seen it before -- and you know I am always looking!  And really, isn't it pretty?  Plus, I added another flower to my life list.  Also, this plant is missing from the plant atlas for Saratoga County, so I gathered a specimen to press and submit to the New York Flora Association in the hopes it may eventually be vouchered for this county.

Just one more unexpected surprise on a day I expected none.
Posted by Jacqueline Donnelly at 10:33 PM

Pleurotus of some sort.