Paying a Call on the Porkies Hey!  I thought it was supposed to be WARMER today!  It was still barely above zero when I pulled on my snowpants this morning and headed up to Moreau Lake State Park to meet my friend Sue.  We had planned on a walk to the porcupine caves in the mountains that rise above the lake, but the windchill out on the open expanse of the frozen lake almost convinced us we were nuts.  But we talked ourselves into continuing, assuring ourselves there would be no wind in the woods, and that as soon as we started climbing those mountain trails we would warm right up.  And so we did. 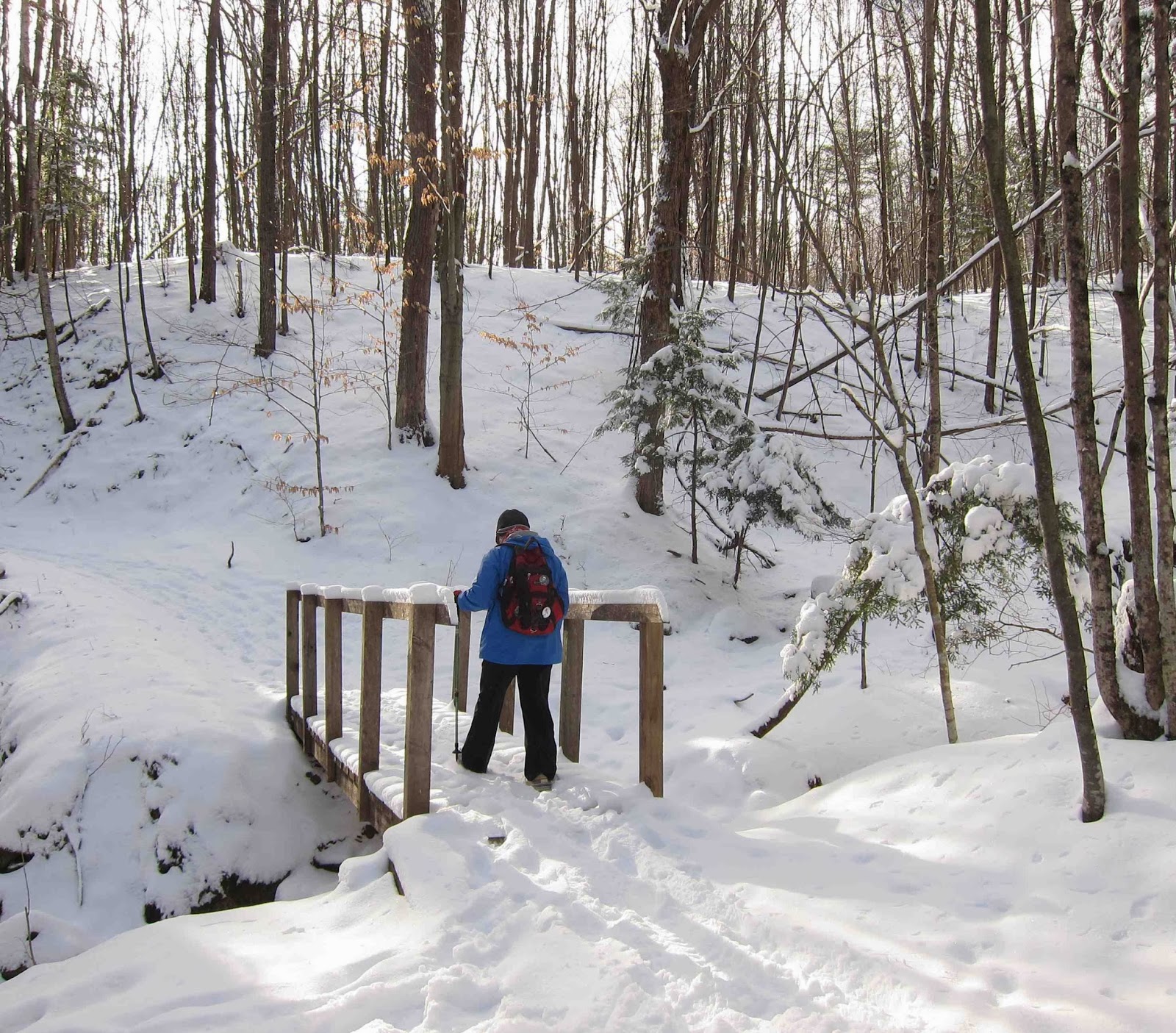 Our climb would have been much easier if we'd had Yaktraks over our boots, since the layer of frozen snow under the new fluffy stuff was quite slippery.  But we hauled ourselves along, grasping tree trunks and leaning on our poles, until we reached the area of hemlocks and caves, where we always find porcupine sign.  And so we did again today.

Porcupines don't waste their energy wandering all over the woods.  They find a hemlock to feed in, and that's where they go every day (or more likely, night), following the same route.  As the winter wears on, the trail from den to tree will be packed down to a trough, a trough that is littered with shed quills and little nuggets of poo and a continuous stream of yellow pee. 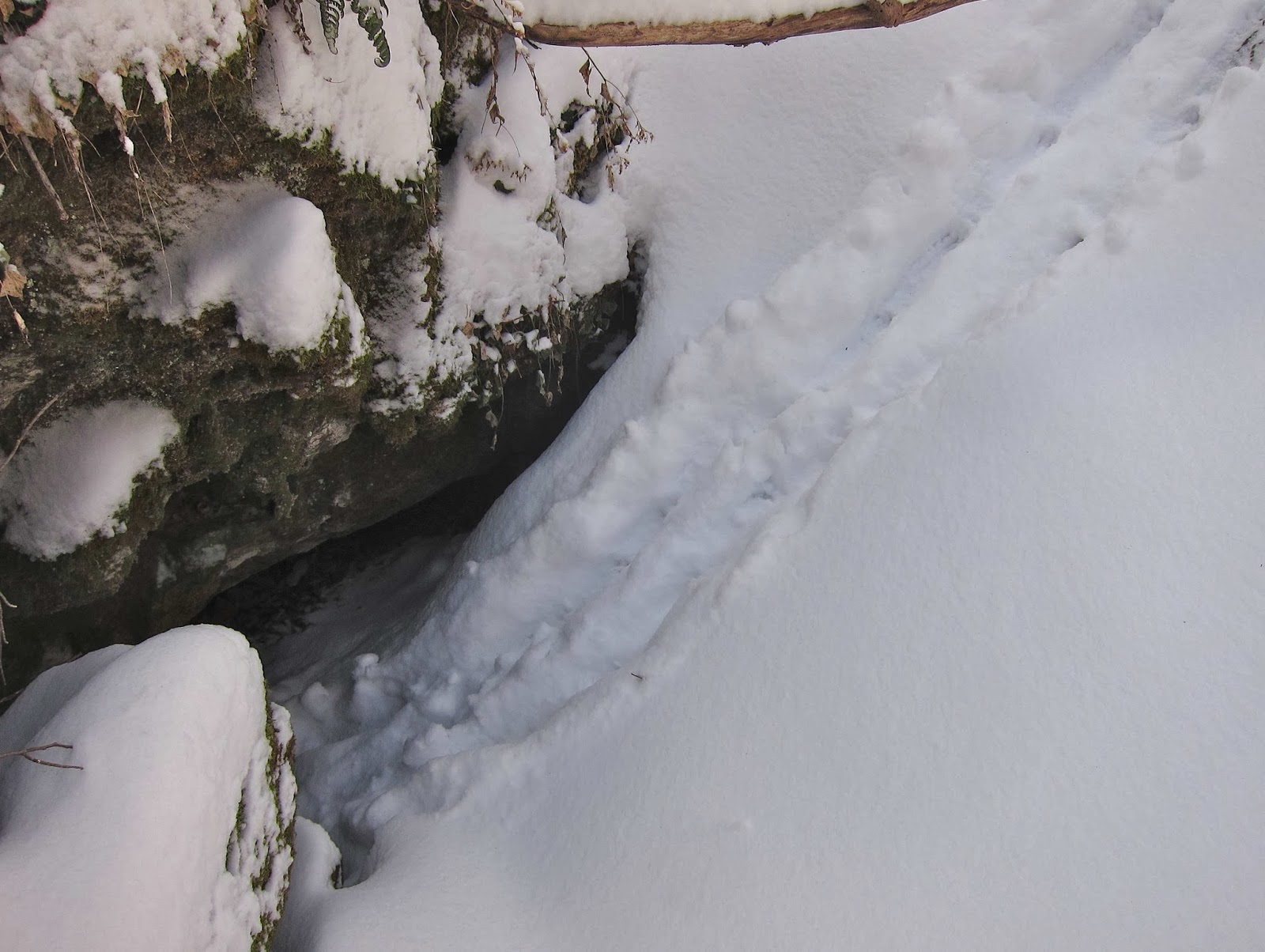 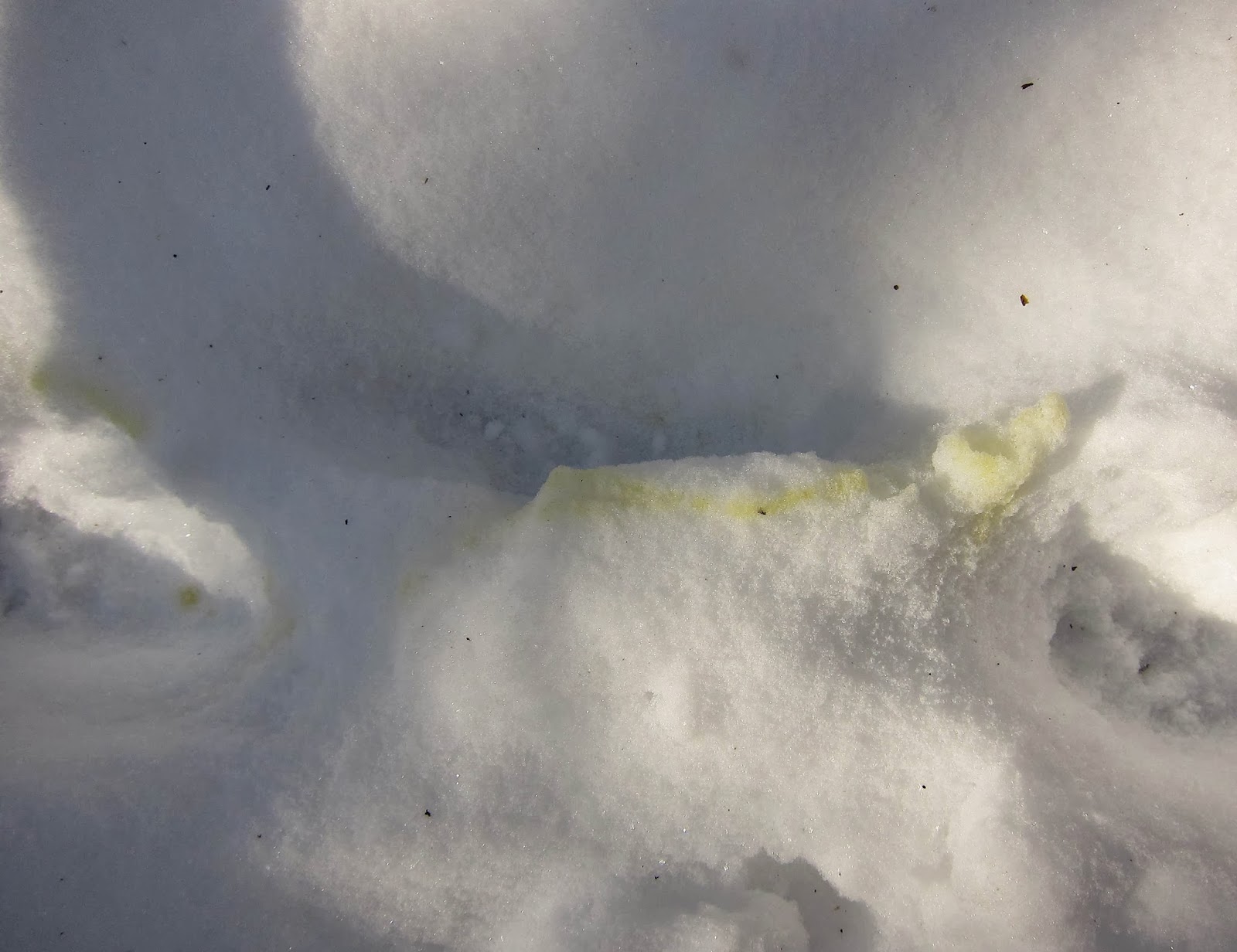 Since first discovering these porcupine signs several years ago, Sue and I have returned each winter, always hoping we might actually lay eyes on the creature who made them.  So far, we have yet to find one.  They can be awfully hard to see when stationed high in the treetops, but the hemlock treetops up here have now grown so bare from constant porcupine dining, it seems that that bristly profile would be quite visible.  At some point, Porkie will no doubt have to find another grove, as these pickings grow slimmer and slimmer. 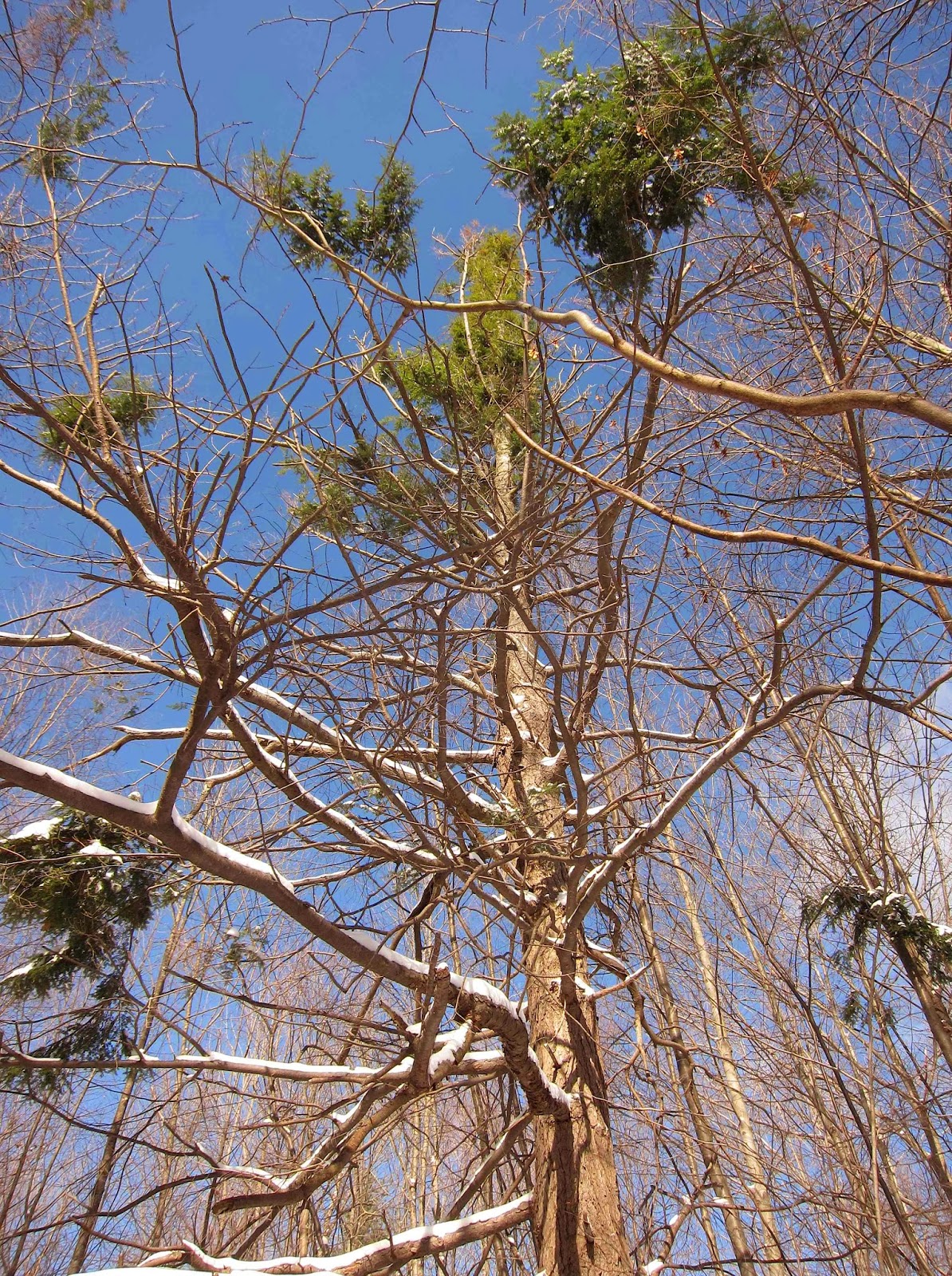 Ah well, there are always other amusements in a snowy woods, especially when there is fresh sparkly snow.  Here Sue is trying to capture a photograph of that sparkle.  The flakes were very large and glittery, but my attempts to capture an image were futile.


As this cheerful fisherman duo of father and son could attest,  capturing the prize is not always the best aspect of the adventure.  They had been tending their tip-ups for hours out on the frozen lake without many nibbles, but that certainly hadn't spoiled their day.


Posted by Jacqueline Donnelly at 7:56 PM

Looks like a beautiful day to be out in the woods.