Just Dress For It! 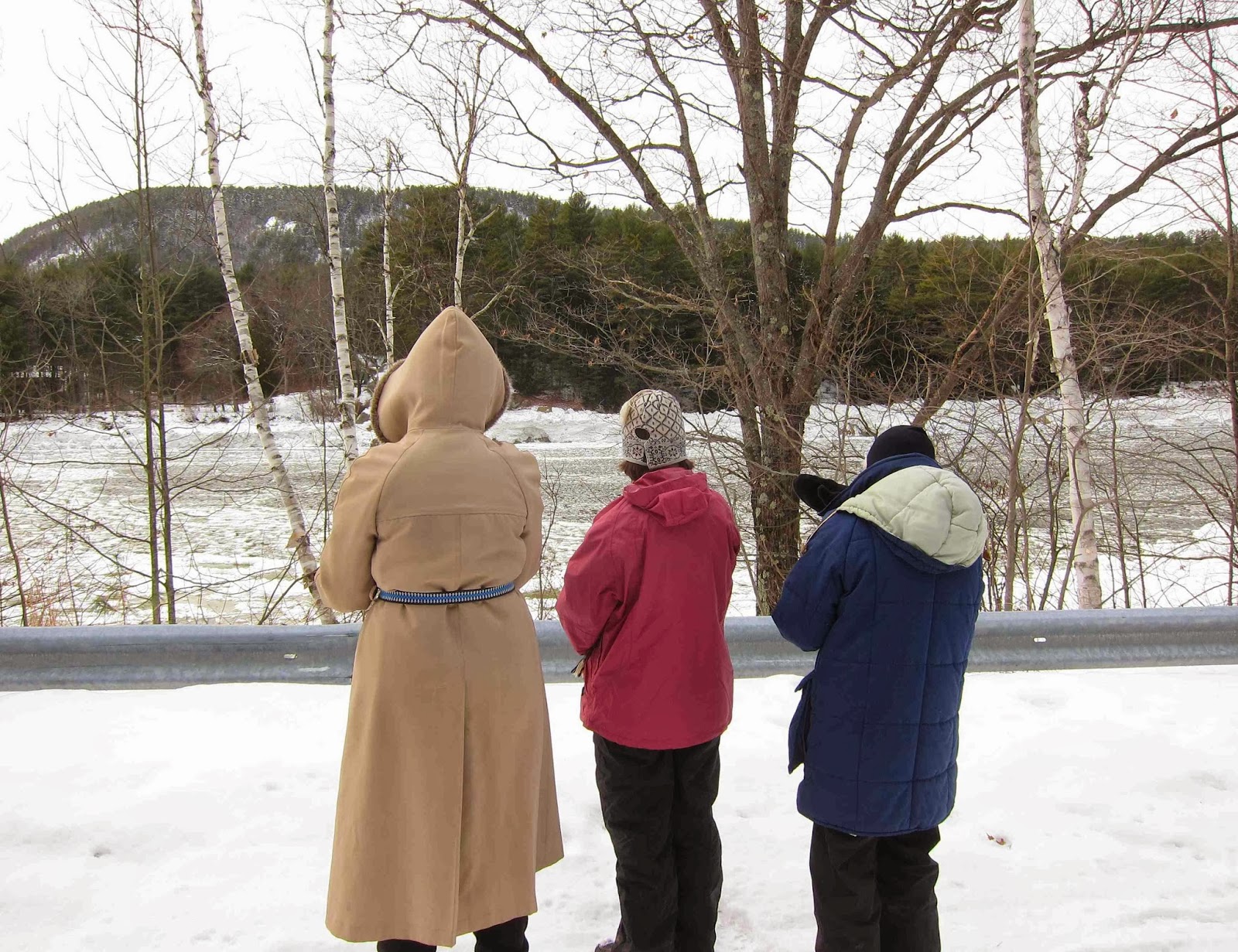 Yeah, we got a little chilled, standing still watching the frazil ice push down the Hudson up north of Warrensburg today.  It might have been 5 above zero, after all, which is pretty cold.  But we were dressed for it, in longjohns and snowpants and parkas and facemasks and mittens and scarves and hoods, and Ruth even had some handwarmer packs she shared with us.  But most of all, we were happy to be there, Ruth and Jean and Evelyn and I, glad to have such good company for an afternoon's adventure outdoors.

Ruth and Jean and I had come north to join Evelyn, who would serve as our guide, first to show us the phenomenon of ice forming and damming the river's flow, then to lead us along old logging roads until we came to state forest preserve that had not been logged for over a hundred years.  That's enough time for some of the pines to grow pretty tall and very big around. 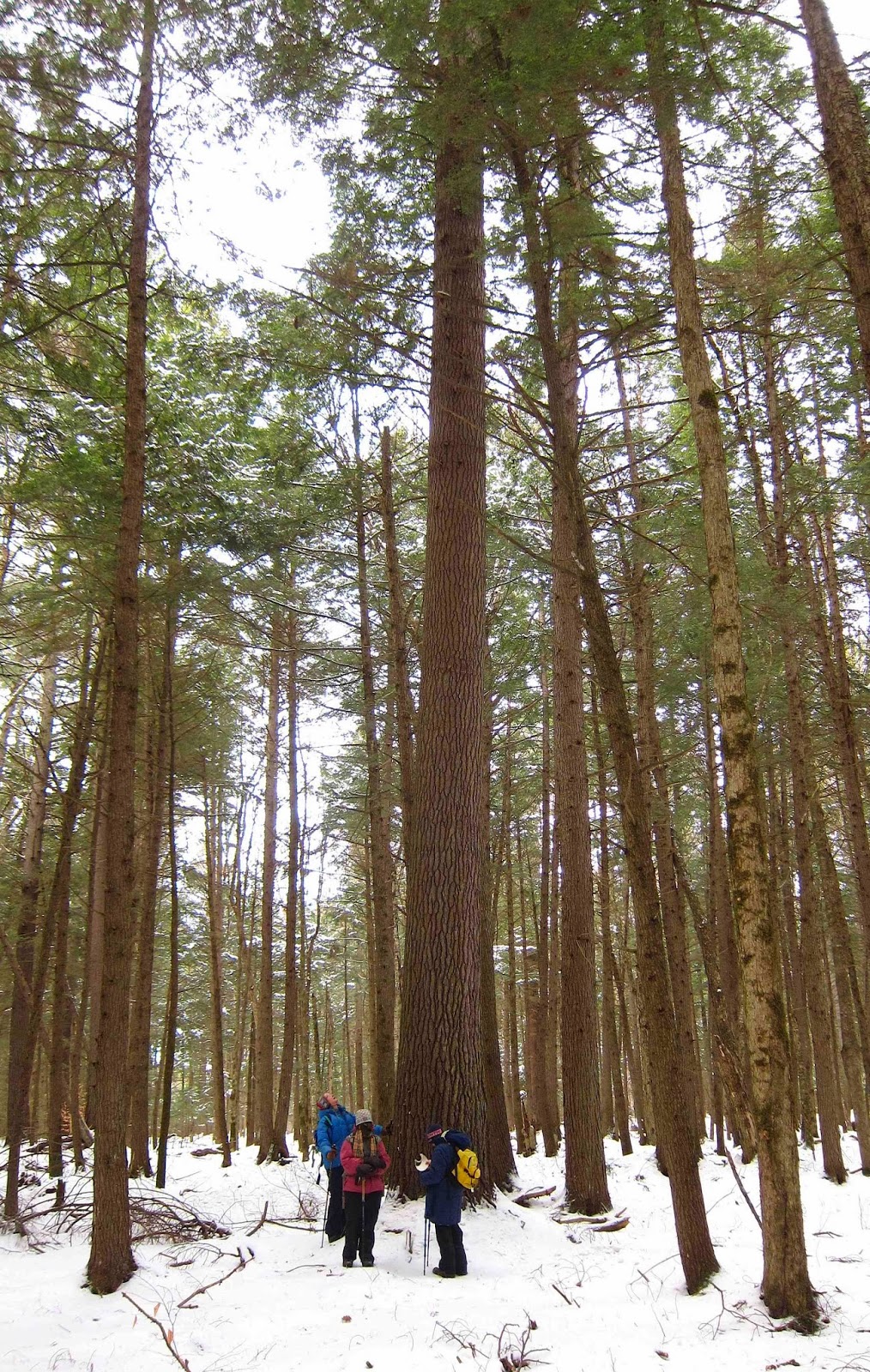 The snow in the woods was firm enough we could walk right on top without snowshoes, keeping up a pace fast enough that we soon grew toasty warm under all our winter garb.   It was almost too cold to take photos, though, with the camera's mechanism jamming at times and the battery stuttering some. Not to mention, my fingers nearly froze when I tried to take a picture.  I was glad, though, that  I captured this otter trail, which led along a frozen creek until it disappeared into some open water. 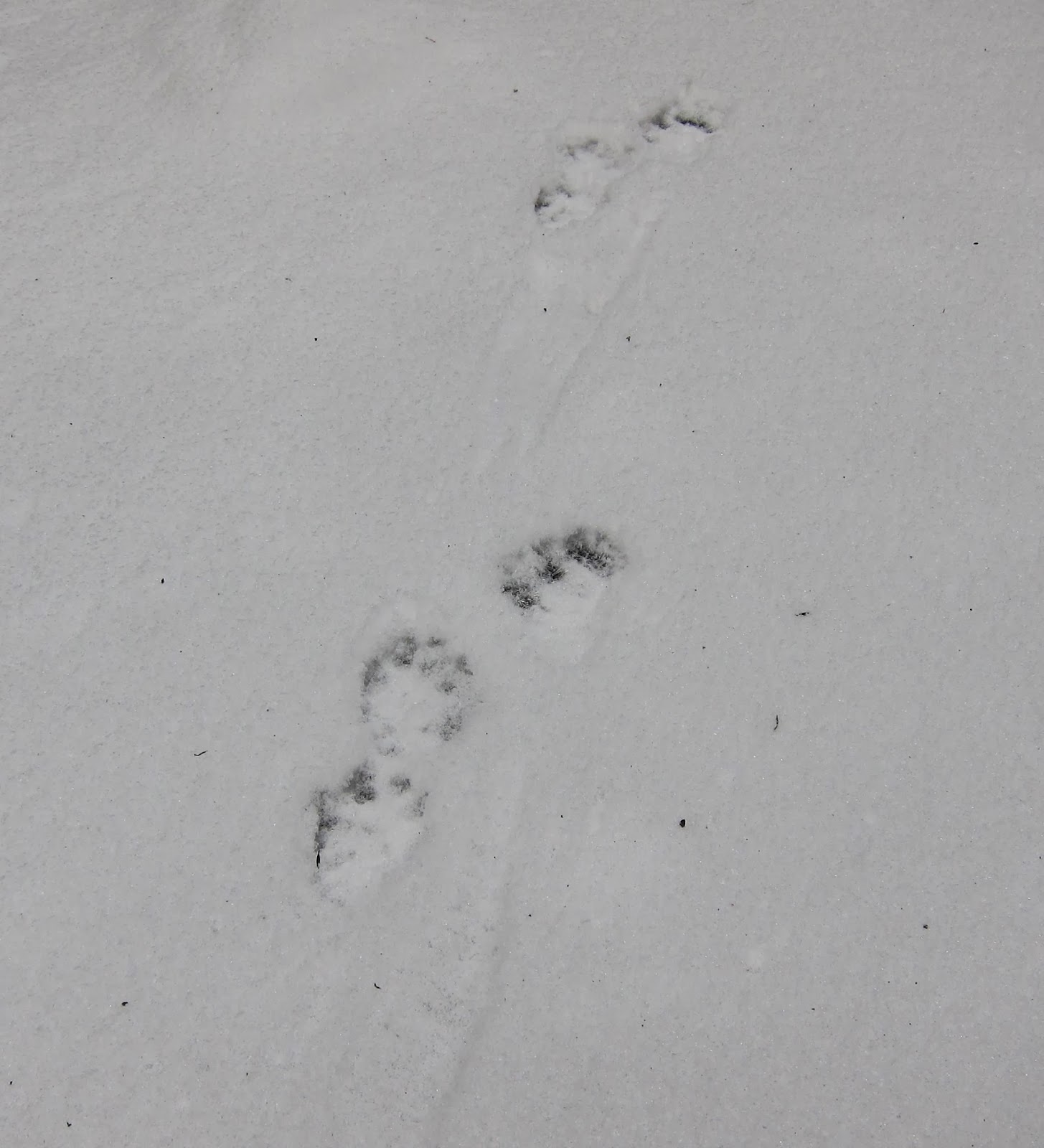 Brrrr!  Just the THOUGHT of diving into that icy water!  But then I remember that otters are perfectly dressed for that, with one of the densest furs imaginable, with an undercoat that never lets water touch their skin.
Posted by Jacqueline Donnelly at 11:41 PM

You are SKIING when it's 37 BELOW?! I think you must be as crazy as I am. No, crazier. Or else better dressed.

Jacqueline, your photos are always wonderful! Your talent and skill are evident. Would you share what type/brand camera you use?

I enjoy your blog very much and find it inspiring and calming at the same time. Thank you for sharing.

Why, thank you, Victoria Howell, for your very kind remarks. My camera is a Canon Powershot S95, a truly pocketable little auto-focus camera that has served me very well. I heard there is a new model, S120, that has even more features, but I still love the one I have.

Glad to see you're a Canon user and that's how you get your excellent photos. Right now I'm using both a Canon SX50 and SX40 with their fabulous zoom lenses. The SX50 zooms from the equivalent of a 24mm to 1200mm lens -- unbelievable! Your blog is very good, thanks

Great statements about dressing for the weather. I like to say that there is no bad weather, just inappropriate clothing!

Gorgeous pictures, it has definitely been cold this winter!