The Sandpit as Animal Farm 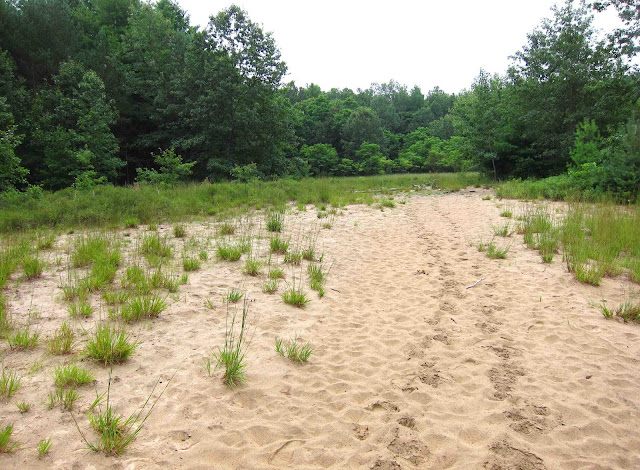 I think of the sandpit area of Woods Hollow Nature Preserve in Ballston Spa as a great place to hunt for wildflowers, and today was no exception.  A funny thing, though:  all the flowers I found today had some kind of animal -- horse, or pig, or rabbit -- in their name.

First, there was Horsemint (Monarda punctata), and lots of it -- more than I have ever seen here before.  The yellow purple-spotted flowers are rather inconspicuous, and the pale pink bracts that circle the stems are the showiest part of the plant.  Why it is called "horse" mint, I have no idea.  Maybe it grows best in pastures where horses have dropped their fertilizing deposits? 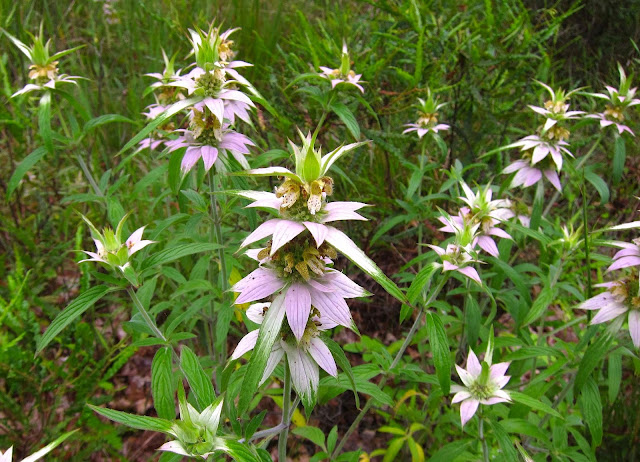 Then, there was Winged Pigweed (Cycloloma atriplicifolium), with its odd little circular green flowers surrounded by a whitish ruffle.  Okay, I get the "winged" part of this plant's common name, but how does the "pig" part fit?  Perhaps because its slightly toothed leaves vaguely resemble the  leaves of various Amaranth species that are a favorite food of swine. 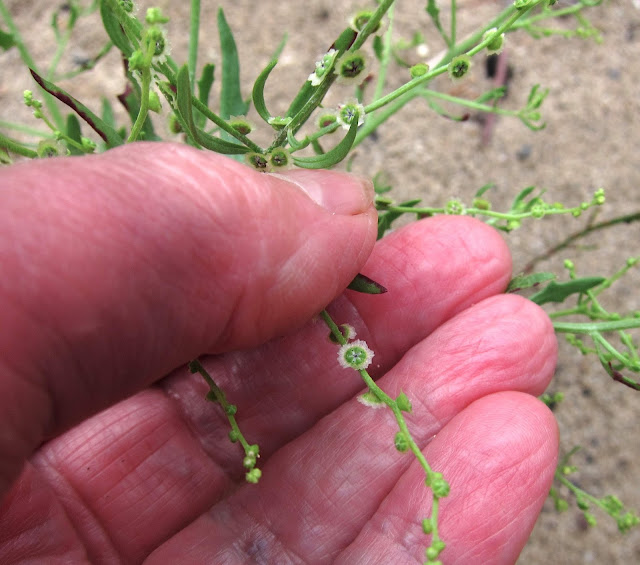 You won't find this odd-looking "waste-place" plant in many guide books for the northeastern U.S., since this plant is native to the central plains and has only in recent decades begun to be noticed this far east.  The USDA plant database indicates it has not been reported in Saratoga County, although I have found it (and reported it to the New York Flora Association) in several locations of this county.


There's little mystery about how Rabbit-foot Clover (Trifolium arvense) got its name.  What I found curious today was the equally furry stalk of grass (species unknown to me) that was growing amidst a clump of the fluffy clover.  I can't recall ever seeing such a furry grass. 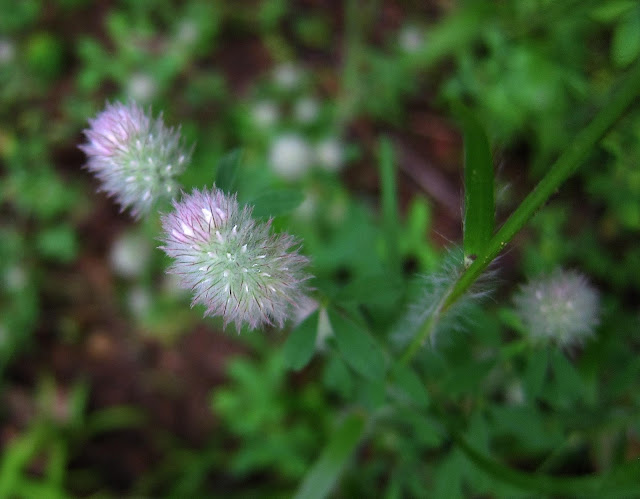 I can't think of an animal name -- except maybe elephantine -- to attach to this humongous patch of Trumpetweed (Eutrochium fistulosum) that was growing by the side of the road I took home.  It was just so magnificent, I had to pull over and take a picture of it.  It must have been at least eight feet tall, if not taller.  Another name for it is Giant Joe-Pye Weed.  Obviously. 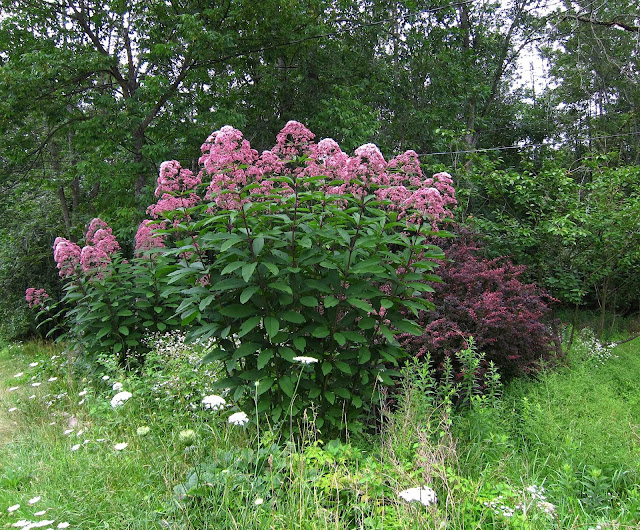 Posted by Jacqueline Donnelly at 8:54 PM

I think these are all new species to me. Interesting finds.

Thanks for stopping by, Furry Gnome. I bet if you go looking in sandy lots, you'll find some of these plants in Ontario too. They grow in the kinds of arid-looking places we would think of as inhospitable to most plants. Seems there's a niche for everything.