I can't remember ever feeling so undone by the heat.  It takes a lot to keep me indoors, but temperatures close to 100 degrees this week did just that.  We drove over to New Salem, Massachusetts, on Wednesday to visit family members, and instead of walking the sandy shore of the Quabbin Reservoir (as we usually do), or wandering the sun-baked sidewalks of nearby Amherst or Northampton, we barely ventured out of the air-conditioned house.  I didn't even join the rest of the family on early morning constitutionals, dreading the thought of starting the day in a sweat, but instead crept out to my brother-in-law's wildflower garden each morning to watch the pollinators at their work.

What a busy buzzing place it was, this stand of Purple Conflower, Black-eyed Susan, Daisies, and Coreopsis, with bees and beetles and butterflies filling the air above and around the flowers with constant motion. 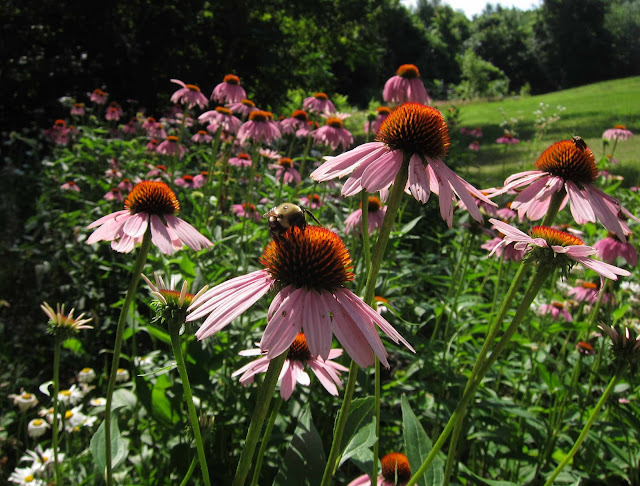 This clear-winged amber dragonfly stopped by, probably to check out the breakfast possibilities among the buzzing horde.


I've searched my dragonfly guides and can't find a match.  Note the pale amber wash on the wings and the black markings at the end of the abdomen.  Any guesses?


Update:  I'm pretty sure my friend Sue has nailed the ID, citing the amber wash on the wings as diagnostic.  She thinks this is a female Band-winged Meadowhawk.  A glance at Google Images for this species appears to confirm her ID.

In one of the big bright flowers I found two spiders lurking among the petals, no doubt waiting to snag their breakfasts, too. 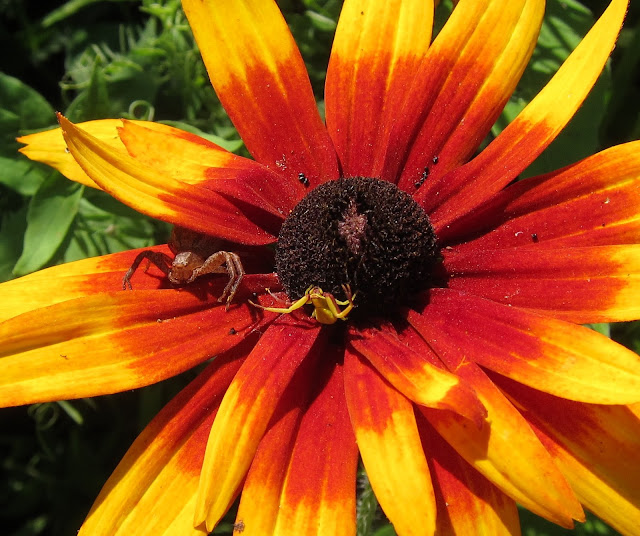 This tiny bright-green bee had already packed her baskets with pollen and was going in for more. 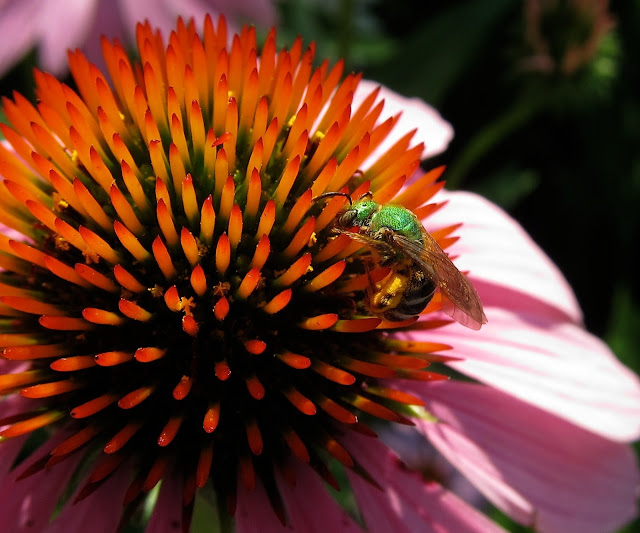 When she landed on the flower where the spiders crouched, I held my breath, waiting to see which spider would attack first.  As it happened, neither one did, although the little yellow one did venture close to the bee and then retreat.  I wonder if it meant to defer to the much larger spider also lurking there.  At any rate, the little bee escaped unharmed, lifting off with her heavy burden of yellow pollen. 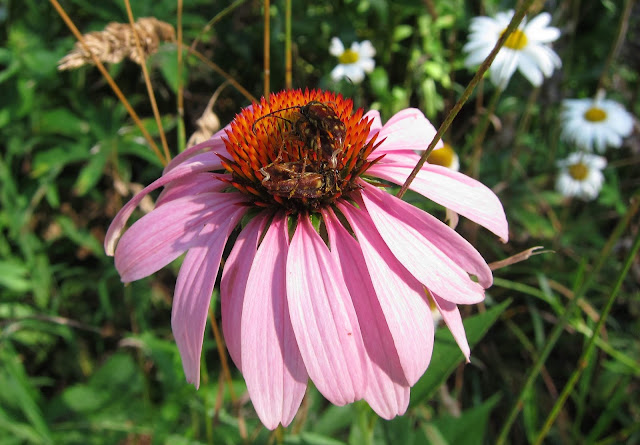 Out on the country road that runs by the house, the Sweet Goldenrod was starting to open its tiny florets, signaling to pollinators to come and eat.  Many tiny hoverflies had answered the invitation. 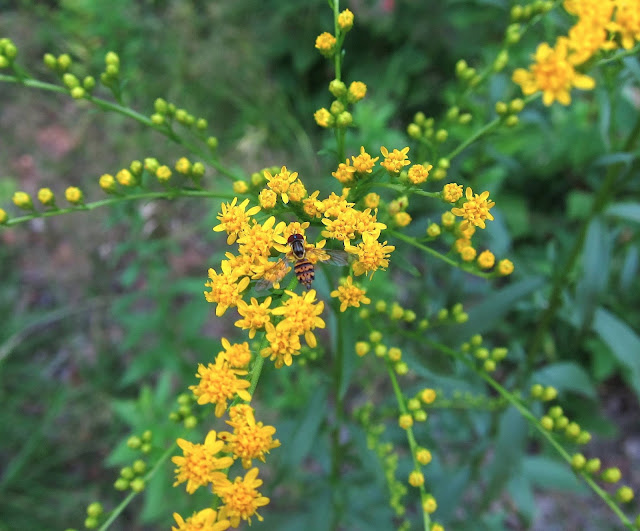 Posted by Jacqueline Donnelly at 11:42 PM

or it could be a female band-winged meadowhawk - stigmas the right color and with the wash of yellow at the base of the wings...?

man it's even too hot to get enthused about the bug p*rn photo !!haha