We've had a cold, cold week, with temperatures well below zero every night.  On Sunday, I thought I might go for a walk on the river ice; it would surely be thick enough if I stayed close to shore.  Well, I had to think again. 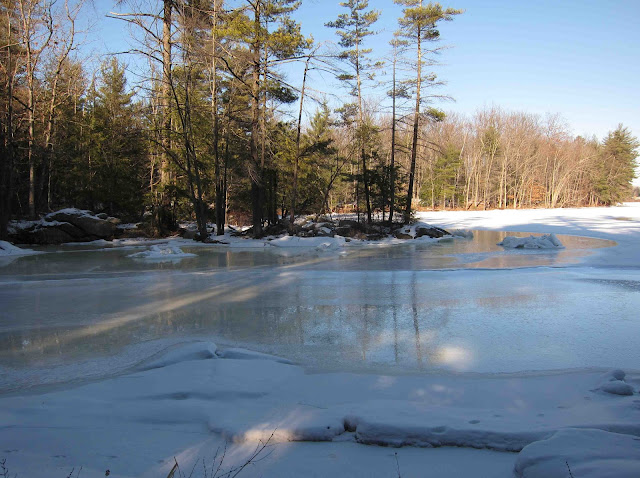 I'm sure the ice was very thick under all the liquid water that overlay it close to shore, but I wasn't going to risk walking out on it.  This stretch of the Hudson River at Moreau is a catchment between the Spier Falls and Sherman Island dams, and the water level rises and falls each day according to the operation of the dams.  Consequently, the ice at the edges is constantly breaking open, allowing the water to pour out over the surface of the ice.  Sometimes, if you're careful, you can step over the broken edge-ice to walk safely further away from the shore.  But not this day. 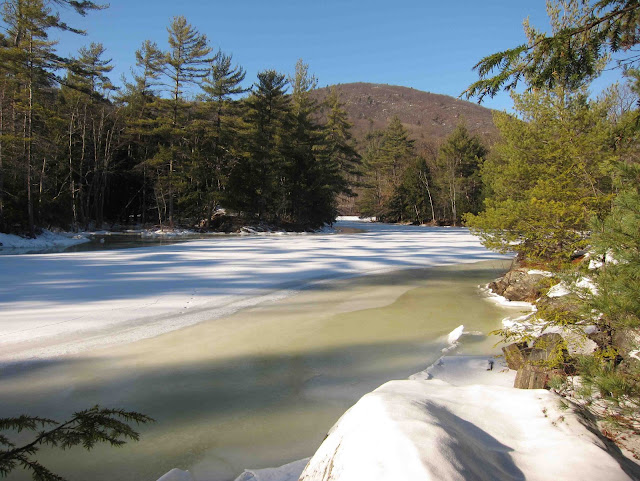 I checked at several locations along the river's course, but at every point,  wide swaths of liquid water were shimmering over the ice. 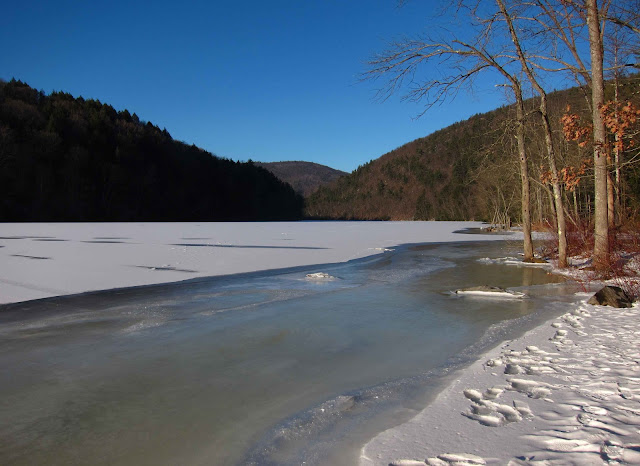 So I didn't walk on the ice as I had planned, but made my way along the shore through the woods, enjoying the sparkling air and the sky-blue beauty of the day.   Every walk in the woods offers something to surprise and delight me, and today it was this delicate, feathery frost that had formed on the edge of a stream where it entered the river. 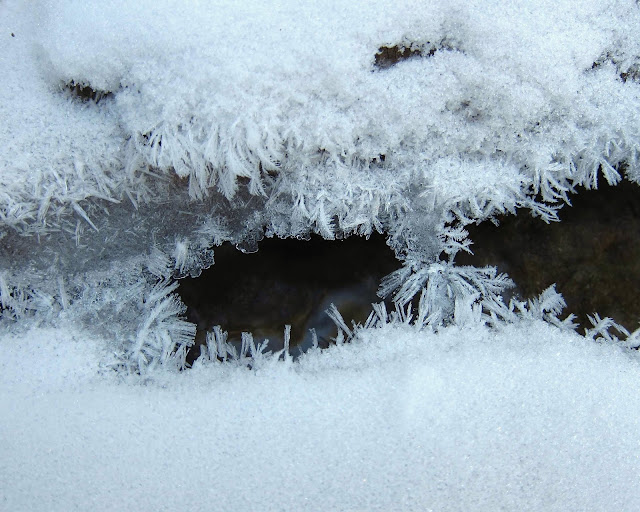 Here was another sight that I paused to marvel at, the sun lighting up the ruby-red branches of a thicket of Striped Maple trees. 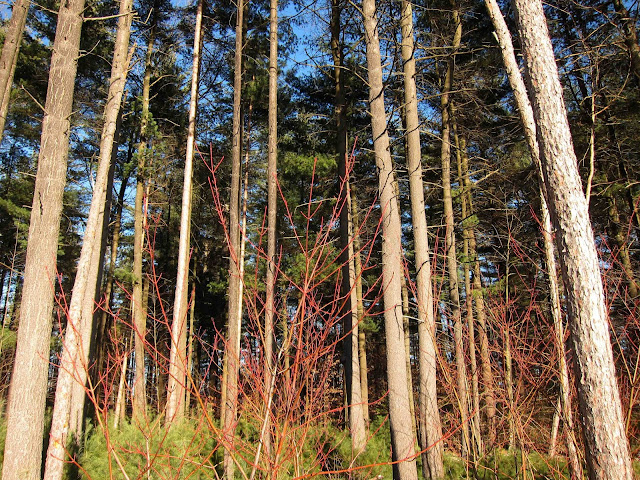 The closer I drew, the more brilliantly red the twigs appeared, glowing like embers against the dark shade of the woods behind. 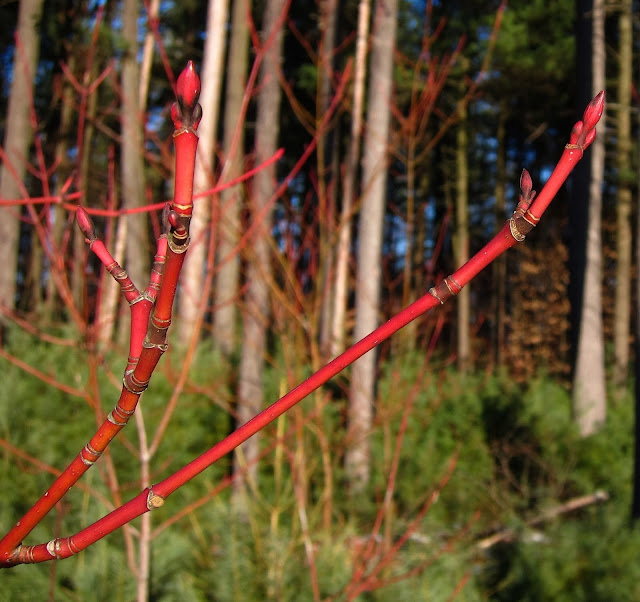 Posted by Jacqueline Donnelly at 12:40 AM

I love the third photo! That deep blue sky against the mountains is just perfect!