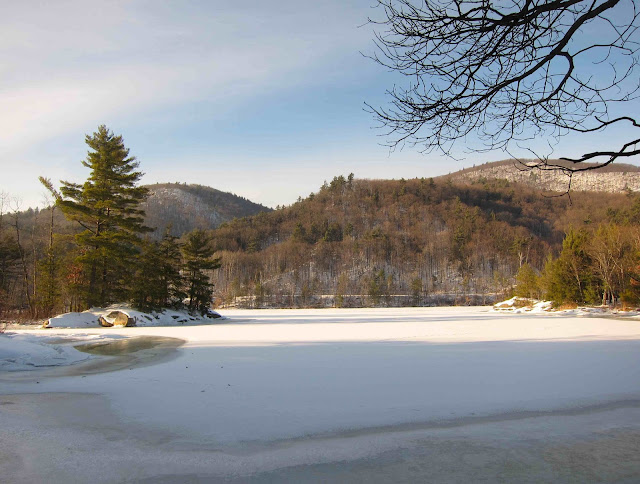 Yikes!  Forecasts call for temperatures close to 50 this week.  I'd better get back to the woods, I thought,  before the snow gets all mushy,  and so made my way to the woods along the Hudson at Moreau.   Here the river runs back into quiet coves, with forested mountains rising steeply on the far side.  I never get tired of this view.

I was somewhat disappointed by the paucity of animal tracks in the woods today, since this section of riverbank is usually a Grand Central Station of animal activity after a snowstorm.  Where are they hiding, those foxes, coyotes, fishers, and minks whose tracks in years past have revealed their habits and dramas and traumas along these shores?  Today it appeared as if Red Squirrels were the only inhabitants here, having dined undisturbed at myriad caches throughout the woods. 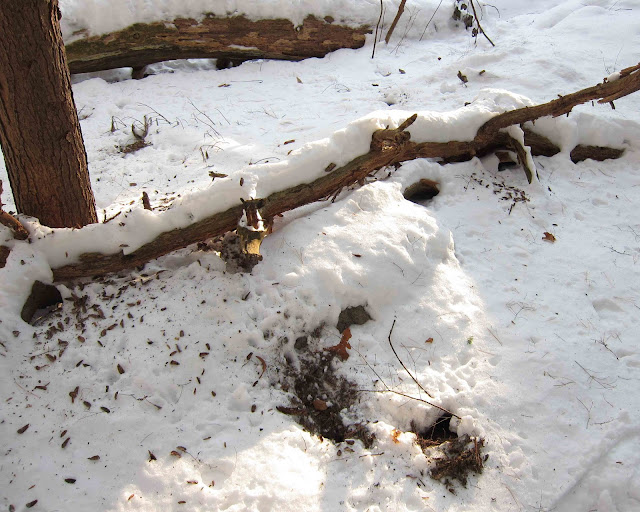 Ah, but what's this?  Somebody's long sliding body has left a trough in the snow.  The individual prints were too obscured for me to make them out clearly,  but the animal's habit of coasting along on its belly suggested it just might be an otter.  Being this close to the river, the habitat is right. 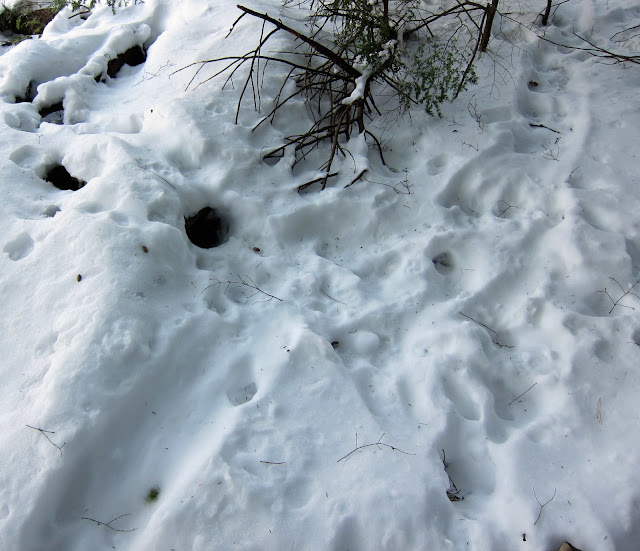 Also, the trails all led to this opening under hemlock roots, the very same spot where I did find an otter's den two years ago.   I looked for piles of diagnostic scat full of fish scales and crayfish claws, but found none near the den.  Well, you can be sure I will come back to look again another day! 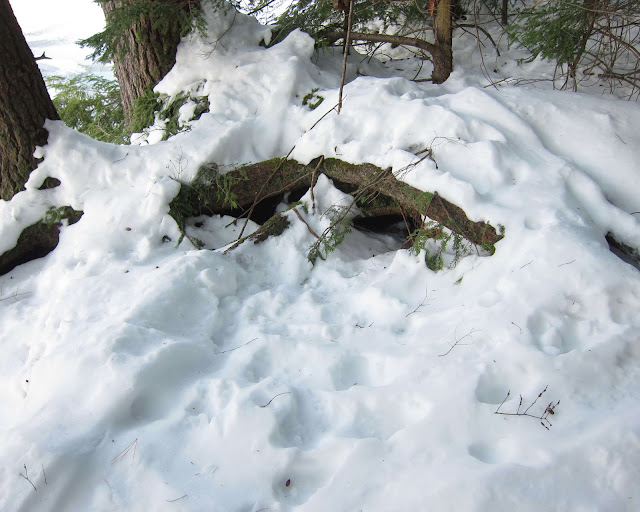 Posted by Jacqueline Donnelly at 9:15 PM

Lovely shots... the snow is so white, even in your photos!! So glad you took yourself out to gather these! Thanks for sharing!

I would love to see an otter in the wild. The very thought of them makes me happy.

What a great find!

Looks like an otter slide to me! I wish I'd see more of them.