Except for the fact that the balmy air was making the snow quite mushy,  yesterday was a perfect day for a walk around -- and across -- Mud Pond at Moreau Lake State Park.  Predicted warmer temperatures for the week to come could make venturing out on the ice too risky, but on Thursday the ice was still thick and solid enough to walk on.  And oh look!  There's a dead deer out there in the middle.  I had to go see if any birds or beasts had been gathering for a feast.  (Note:  Park staff place such roadkilled deer on the ice, the better to track Bald Eagles as they fly in to feed on the carcasses.)

I didn't find any wingprints of raptors nor footprints of other carrion eaters around the deer, which was still intact.  Maybe it hadn't been there long enough for the word to go forth.  I'll be checking back on other days, if the ice stays strong enough to walk on.  In the meantime, I was amused to see the tiny tracks of this little creature, most likely a mouse,  as it hopped across the snow and then tunneled beneath. 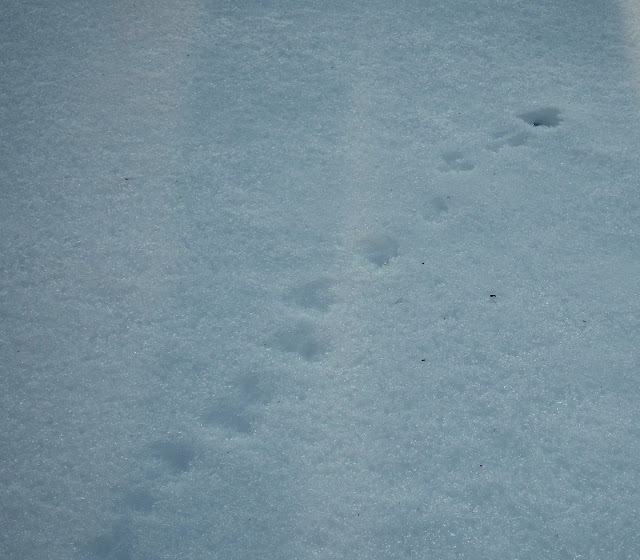 There were lots of canine tracks on the snow-covered ice, and some of them were no doubt those of coyotes or foxes.  But a sure sign that this frolicking trail was made by a domestic dog and not a wild predatory canine is the fact that it was just that:  a frolicking trail.  Can't you just see that happy doggy, dancing along next to its skiing master, running off to sniff at this or that and then hurrying to keep up?  No canine that needs to hunt to survive would waste its energy with such diversions. 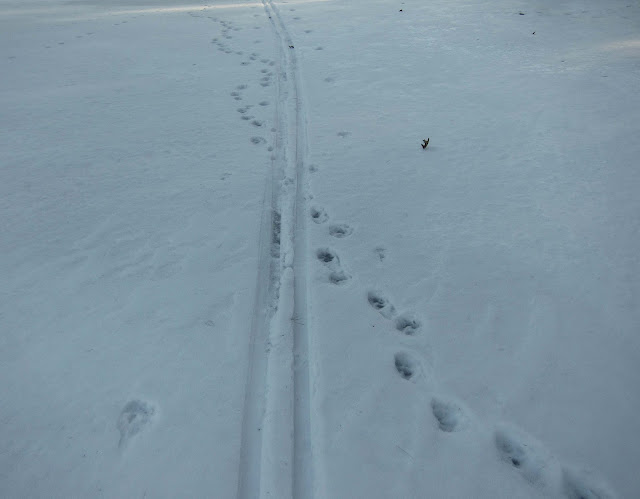 I even met one such happy doggy, a darling Jack Russell Terrier named Quin who was trotting along the trail with his master Mike.  We stopped for a pleasant chat and a pat, and it turned out Mike was a regular reader of my blog.  Small world! 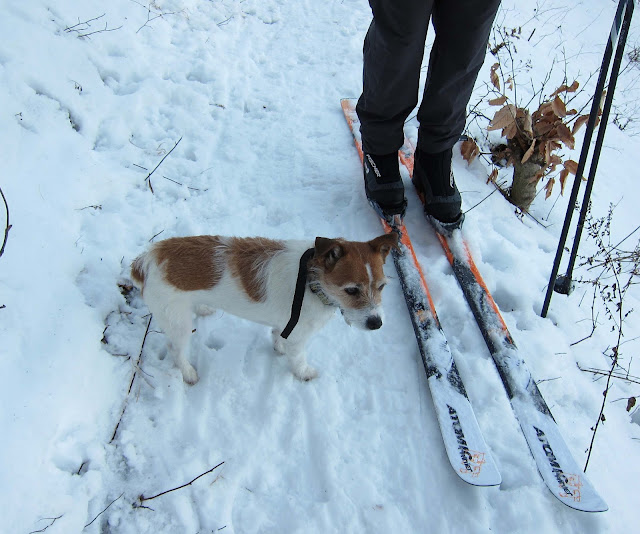 Mud Pond has long been the home of a huge beaver lodge on the east side of the pond, and sometime over the past year or so, a second large lodge has been constructed close to the western shore.  As this open channel connecting the two lodges reveals, there's a constant flow of traffic between the two. 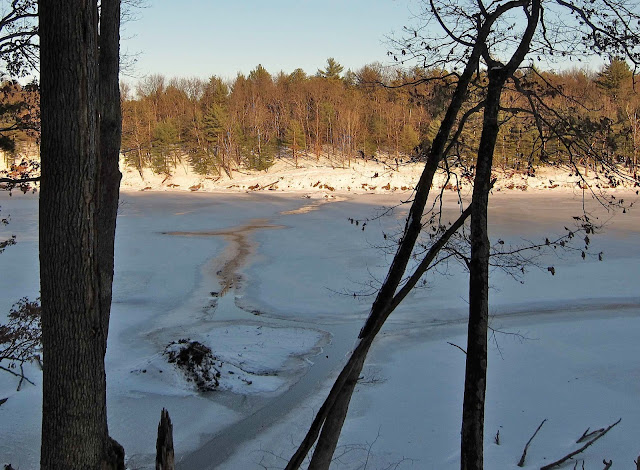 Constant traffic, indeed!  As I stood and watched, several beavers appeared swimming back and forth along the channel, as well as in and out of dens they had burrowed into the banks.  It's not that often I've witnessed such beaver activity in mid-afternoon, since these animals are usually most active during the night. 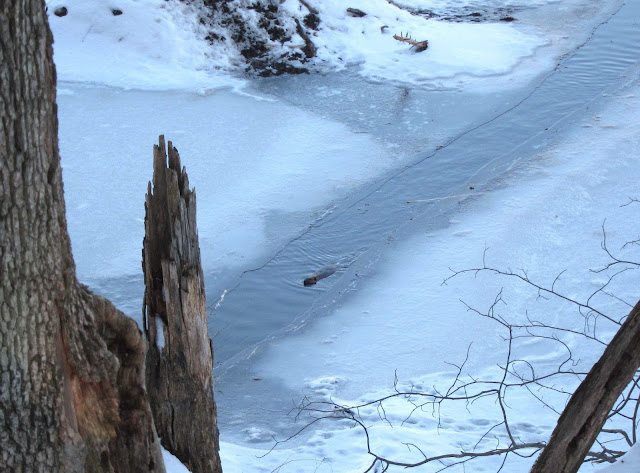 The afternoons are still very short, this close to Solstice, and the sun soon started sinking behind the trees, a few golden shafts lighting up the tops of the rushes near the shore.


On my way home I stopped along the Hudson to take in the sight of mountains touched by the setting sun, the golden glow of the hills reflected in the dark still river. 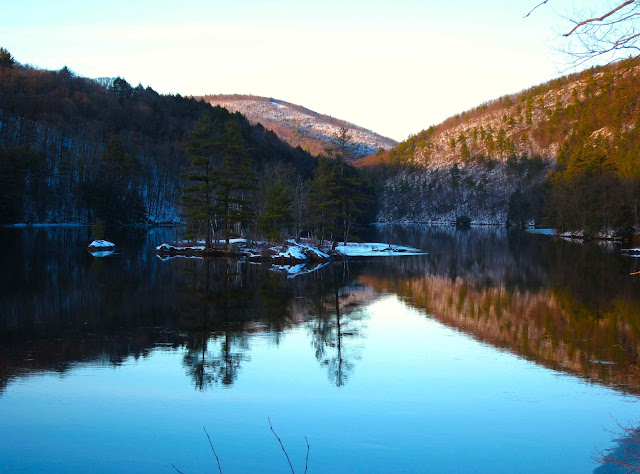 I'm glad I lingered yesterday to enjoy this beautiful scene.  Today was dark and rainy, and tonight  a freezing rain is turning the outdoors treacherous for walkers.  Dear snowy cold winter, I hope you come back to us soon!
Posted by Jacqueline Donnelly at 8:12 PM