Remember that tiny kitten we stole from his feral mom last August?  Such a wee little fluffball he was!  We named him Bebert (pronounced BAY bear). 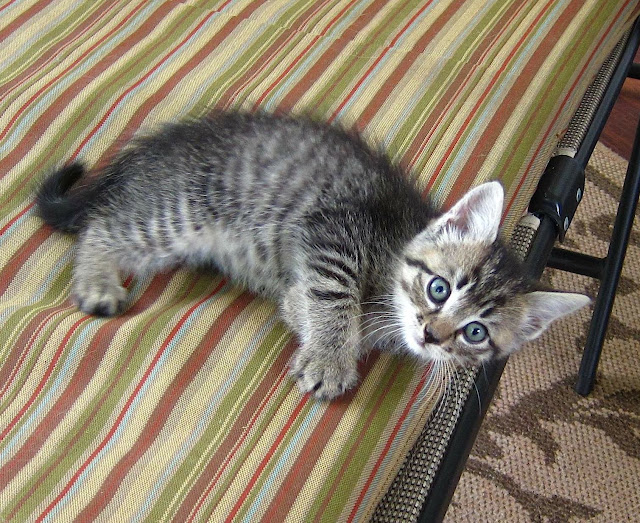 We found a home for one of his sisters but decided to keep  the other little sweetie.  We named her Cleo, and the two were inseparable. 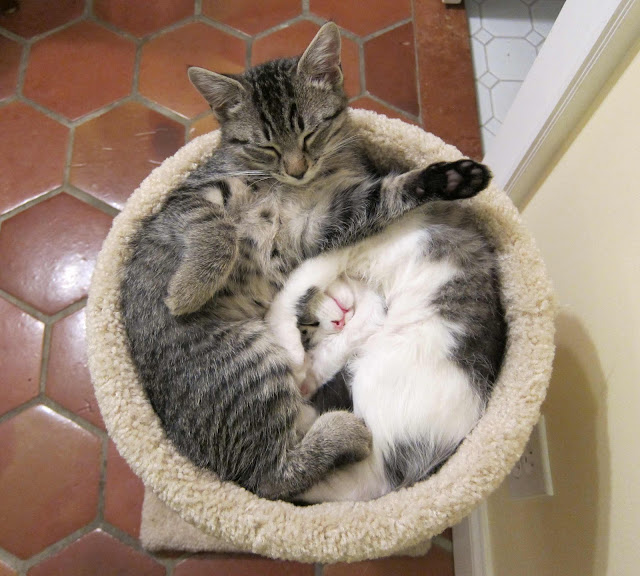 They soon outgrew their favorite perch, but although we bought another perch, they still preferred to snuggle together. 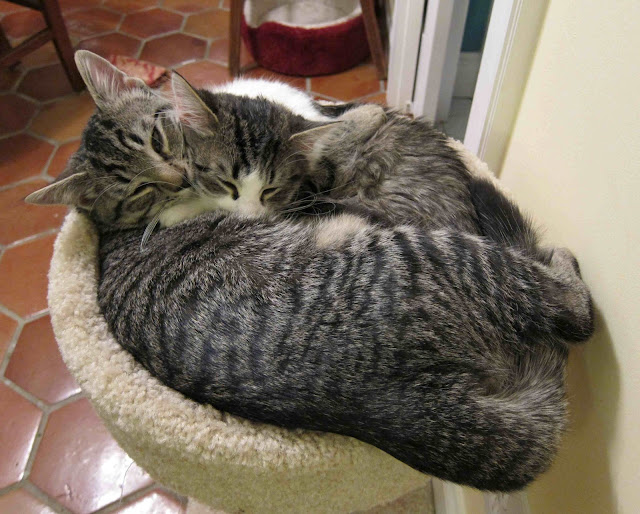 But now the perches are hardly big enough for one of them.  Just look how big Bebert has grown, and he's only 7 months old! 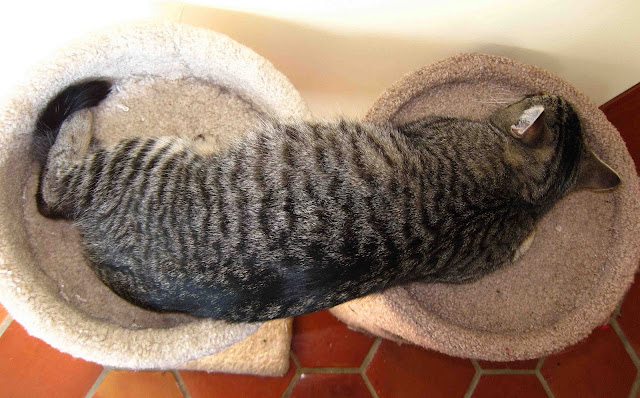 Posted by Jacqueline Donnelly at 8:37 PM

Bebert is so handsome and healthy!
And thank you for posting the baby pictures once again. Not much that's more heartwarming than a pile of warm sleepy kittens.