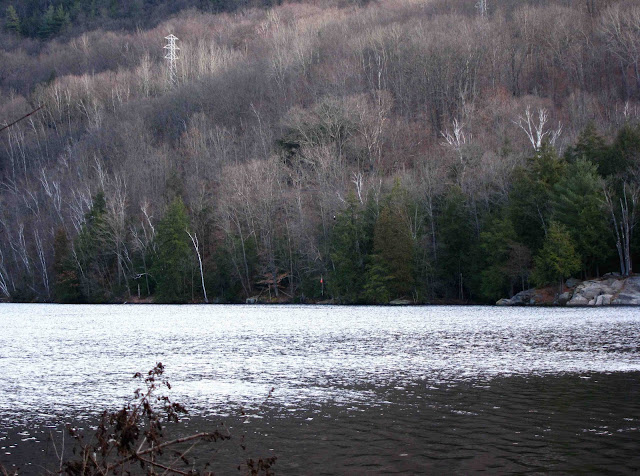 Wow, a three-eagle day, and THIS was the best photo I could get?!   With the naked eye, I could hardly see that Bald Eagle perched in the tree along the Hudson River yesterday,  although my binoculars showed it clearly enough.

My camera couldn't see it very well, though.  This is the closest I can crop without pixillation.  But I think the white head and tail are evident even in this blurry shot. 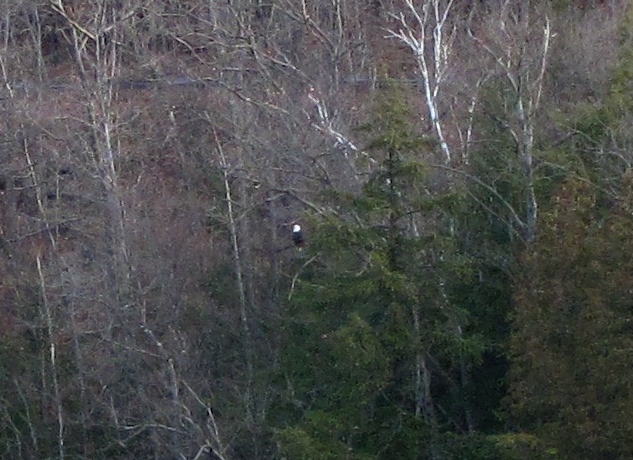 When I say a three-eagle day, I should amend that to say Sue's three-eagle day, since my friend Sue is the one who actually saw and identified the distant specks that only later revealed themselves to be eagles.  We started our birdwatching day yesterday at the Betar Byway in South Glens Falls, where Sue saw the first eagle flying along the river (I arrived too late to catch sight of it).  After waiting in vain for a reappearance while stamping our feet in the cold, we then hopped in our nice warm cars and moved upstream to where the Hudson makes its big curve just above the Spier Falls Dam in Moreau.  That's where we saw the eagle perched in the tree above, very close to the site where state park naturalists have placed a road-killed deer carcass.  It was probably resting after enjoying its carrion breakfast.

That eagle soon took to the air and soared close over our heads before taking off upstream with the heavy, slow wingbeats so distinctive of this species.  Here, Sue and another eagle enthusiast named Pat follow the bird's flight until it disappeared among the trees far upstream.  Pat is a truly dedicated seeker of eagles who had been at this site for many hours already before Sue and I arrived, and it was she who pointed out the one I managed to photograph. 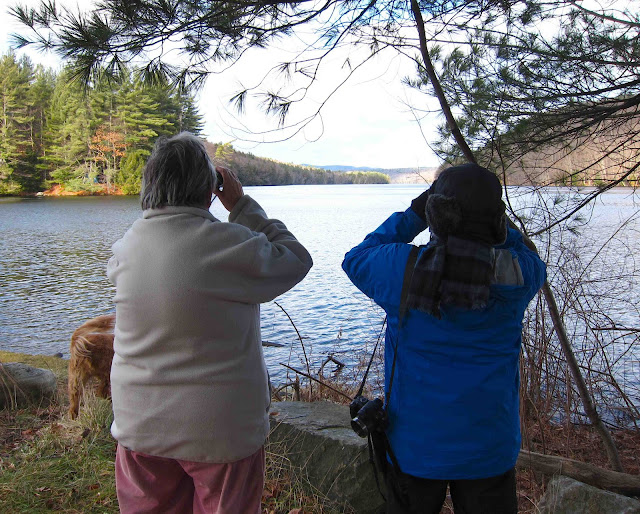 Pat also told us about another good spot for eagle sightings, Fish Creek at Stafford's Bridge, so off we drove to Stafford's Bridge Road between Saratoga and Schuylerville.  We were just in the process of telling each other we didn't think this was a likely spot, when this great big brown juvenile eagle came soaring toward us, dive-bombing a double line of pigeons sunning themselves on power lines right over our heads.  I hope Sue got a good photo, because I sure didn't.  Maybe she'll post a photo of it on her wonderful blog Water-Lily. 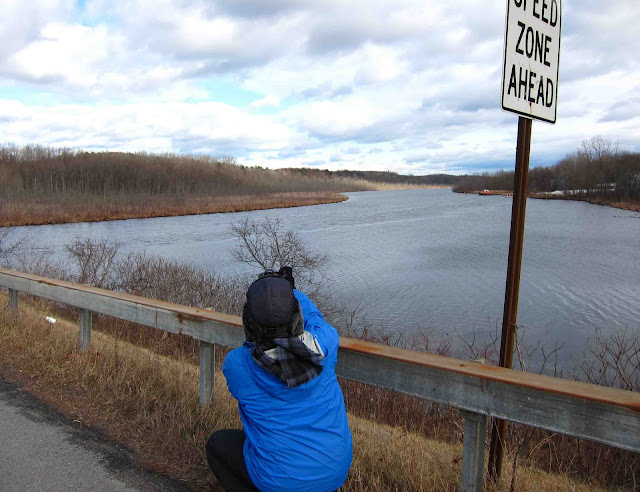 So Pat's recommendation came true after all, and we thank her for it.  We'll have to revisit often, as long as the water stays open.


Three eagles in one day is rather remarkable, especially since they quite promptly disappeared from sight soon after we saw them.  Most days, we search and search to no avail.  On Sunday afternoon, my husband and I stopped by the Hudson bend at Moreau, hoping to spot eagles feeding at the deer carcass.  We didn't see any, but the river was so lovely and serene I just had to take photos of it.  If I were an eagle, I'd sure like to call this place my home. 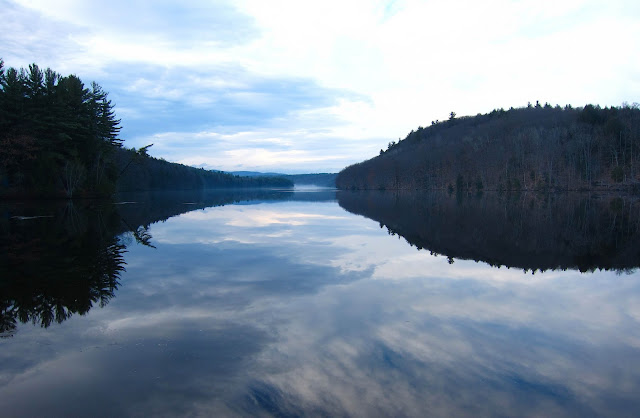 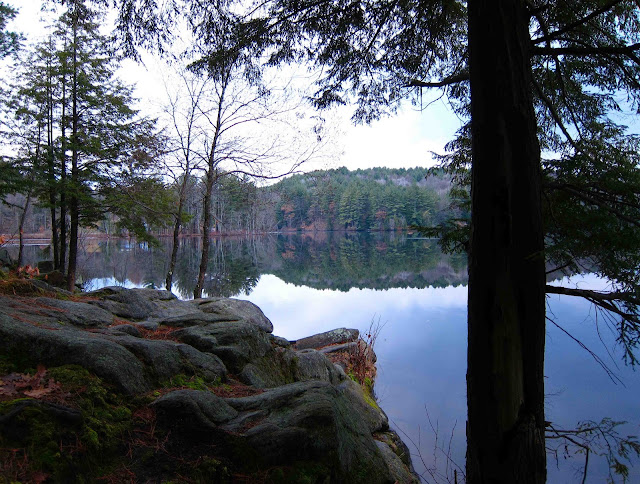 Posted by Jacqueline Donnelly at 8:53 PM

Do you know where any BEs nest along the Hudson? 'Seems like there'd be good habitat somewhere along the river (I realize that encompasses quite a variation in landscape).

I have never seen eagles nesting along the Hudson near where I live, although there is a large nesting site near Poughkeepsie. Our winter eagles are mostly migrants from Canada, and we do see some in the summer, too. I don't know where our summer eagles come from. I have heard that eagles can cover over 50 miles in a day, fishing the river.

What a landscape you have around you! I would live there too, oif I was an eagle!

Thanks for your comment, asita. Yes, I feel very lucky to live among such splendor, shared by such marvelous creatures as eagles.