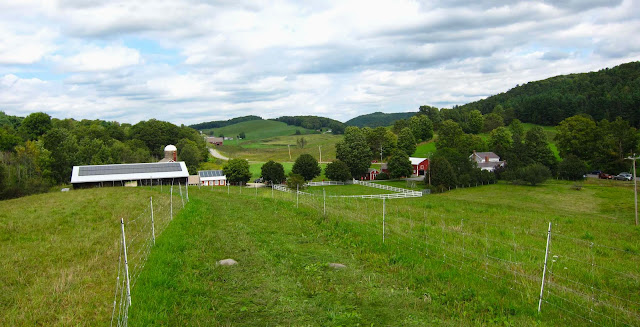 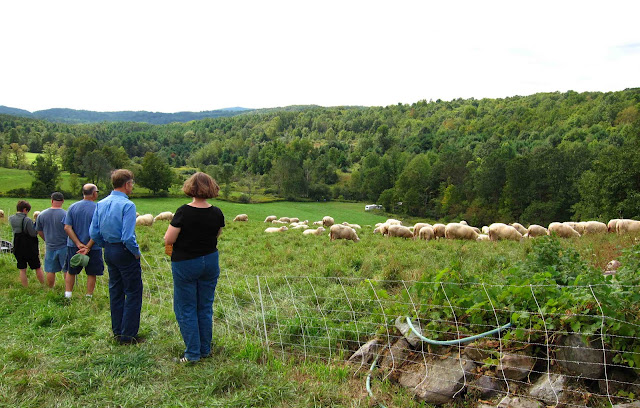 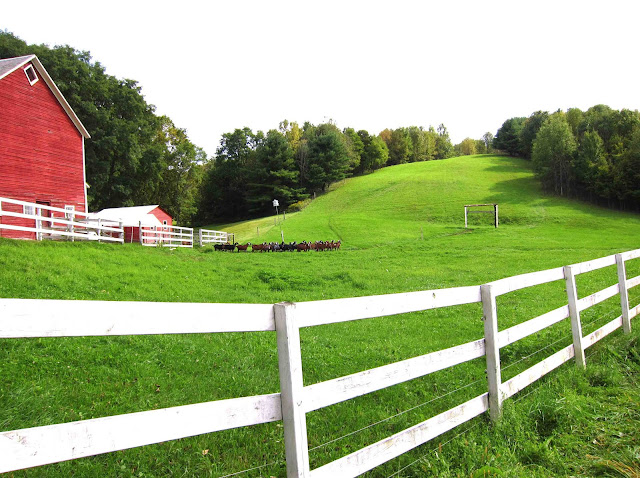 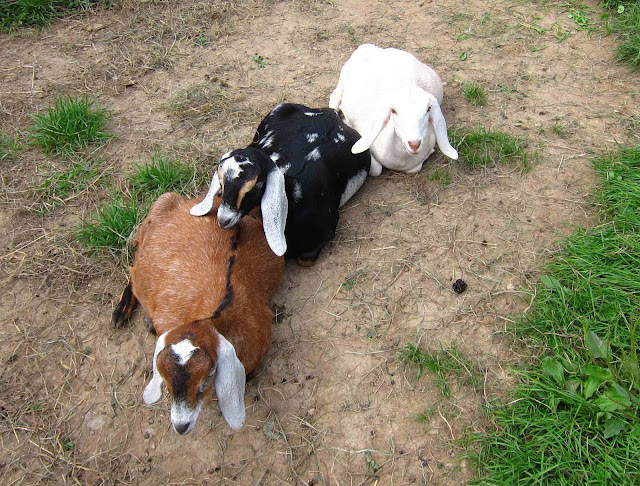 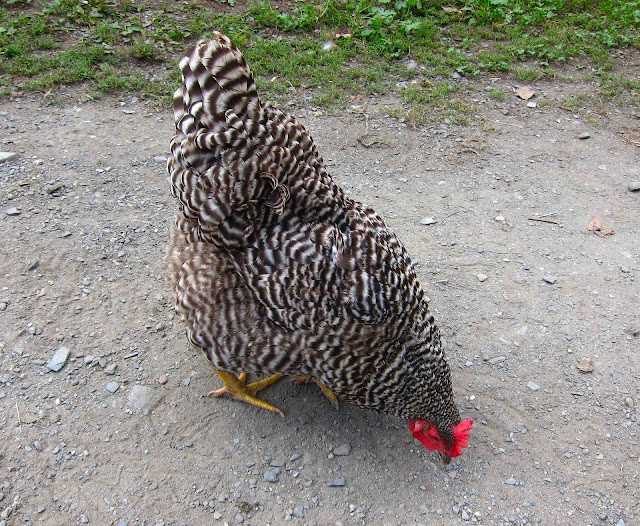 These photos are scenes we saw on a driving tour of Washington County cheesemakers today.  We got to taste lots of different cheeses made from the milk of sheep and goats and cows, to speak with the dairy farmers and artisans about their animals and the various ways to make cheese, and best of all, to spend a beautiful Sunday afternoon among the green and lovely hills of rural Washington County.

It was all so calm and peaceful, the folks we met so pleasant, it was hard to imagine the horror that happened ten years ago today, when so many people died in terrorist attacks. Rolling past verdant pastures and babbling brooks, it was easy to put out of our minds the terrible wreckage that still remains just a few miles away in similar valleys drowned by the storm named Irene.  Driving past ripening cornfields and moving among fattened flocks of sheep and goats and herds of cattle, I did not want to think about Afghani herdsmen whose livestock have been blasted to bits by bombs, or Iraqi farmers whose olive groves now lie in waste, poisoned by the heavy metals of war.

Here, in these verdant valleys and hills of Washington County, there was only peace and prosperity.  Would that this could be so for all people.


Posted by Jacqueline Donnelly at 8:35 PM

would that it were so - glad you had such a lovely day!

Thank you, dear friends, for adding your amens to my prayer.