Hey Look! The Moon is Red! 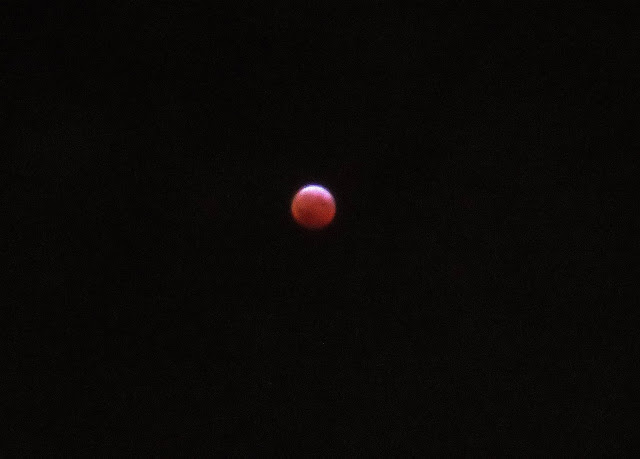 It was called the Wolf Moon, the traditional name for the full moon that comes in January.  But this year it was also called the Blood Moon, for the color the moon becomes in total eclipse.  It was also well below 0 degrees F. when I ventured out about 12:15 am to attempt a photo.  I didn't want to stay outside very long, so I just pointed my hand-held camera, zoomed in as far as my camera would zoom, and with shivering hands took this blurry shot.  The moon looks a bit redder and brighter in the photo than it did to my naked eye, but it still looked pretty amazing up there!  I'm so glad the sky cleared after the snowstorm that brought us about two feet of snow on Sunday.
Posted by Jacqueline Donnelly at 2:07 PM

You are a better woman than I. Want to see it but wanted to sleep more. Nice shot!