Ye gods, look at all that SNOW!!!  I went up to Moreau Lake State Park this afternoon, hoping to find some trails that might be free from snow for hiking, but no such luck.  And with nights that still hover near zero and days that barely get out of the 20s, it's going to take a long time yet for even that strong almost-April sun to coax all that snow away.

Ah well, at least this cold weather has kept the ice on the lake from melting, so it was still safe to hoof around the perimeter out on the frozen lake, where an inch or so of crusty snow on top of the ice provided non-slip footing.  I could move right along, swinging arms and legs and breathing deeply that sweet cold air, under a wide blue sky. 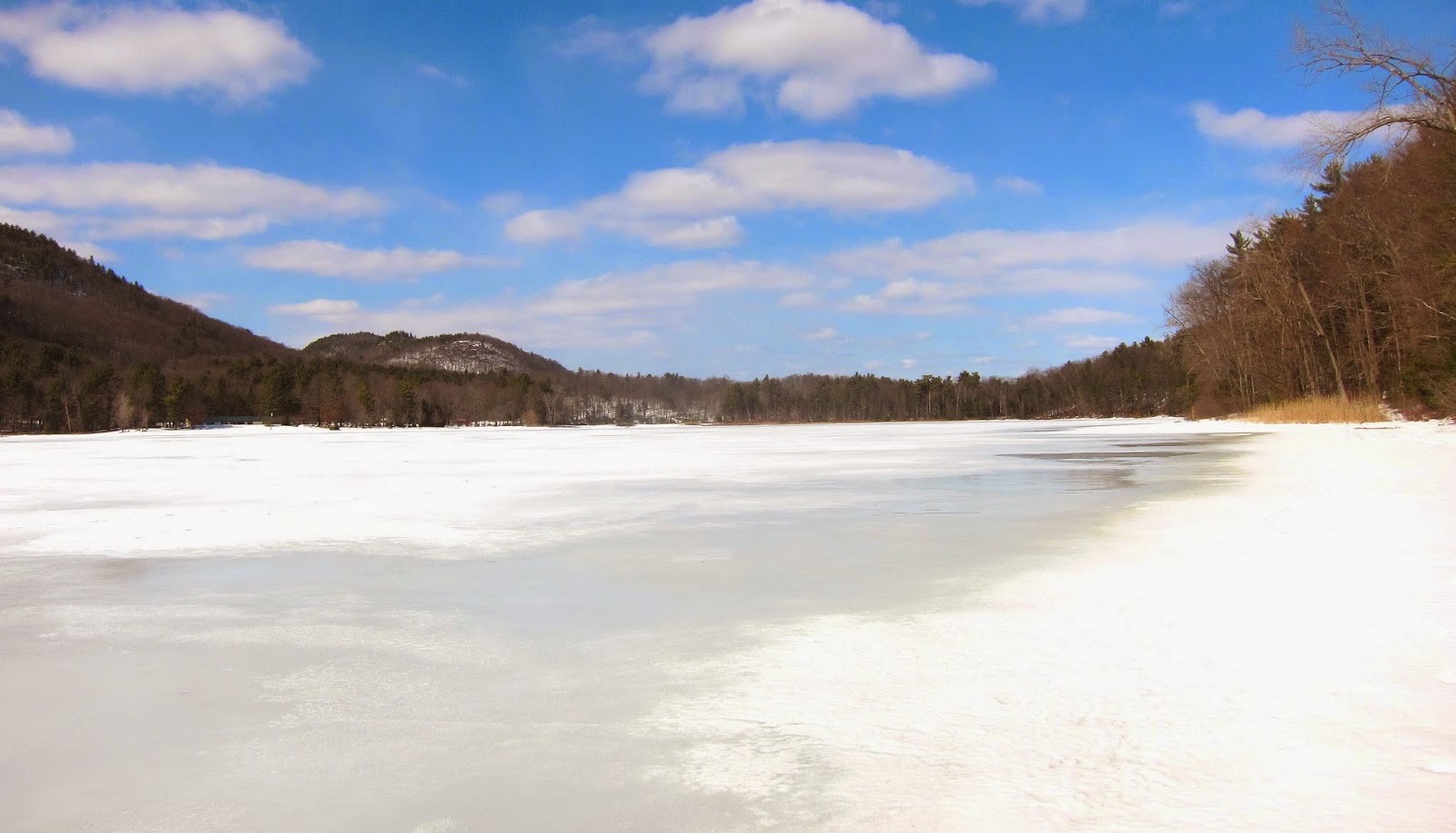 Ah, but when I reached the north shore, where the sun sheds its strongest warmth for the longest part of the day, look what bliss awaited:   Soft warm sand, yielding beneath my feet!  I almost felt like removing my boots and wriggling my toes in the sand.  I did move up under the shoreline trees and kick up some rustling dry leaves, just to remember what woodland walks could sound like, without the crunch, crunch, crunch of heavy snowshoes. 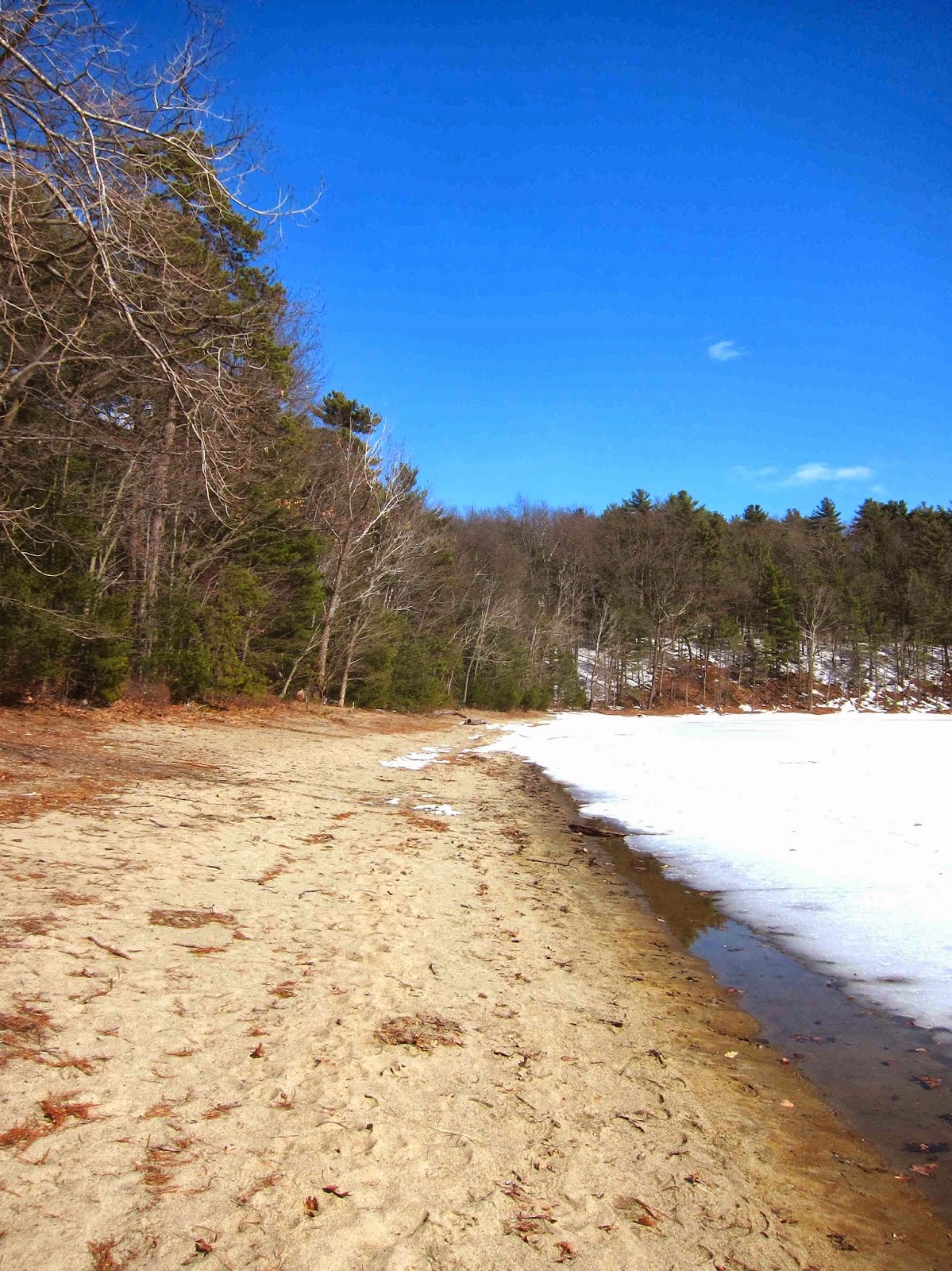 Here I lingered, basking in warmth where Spring seemed a genuine possibility, reluctant to re-enter Winter's chill along the western shore, which lay in the shade of the mountains.  The kindergarten-kid in me came out to play.  I poked at the open water with sticks, disturbing the basking minnows, and crouched by the shore, seeing if I could make out any message in the runic trails the snails had traced in the underwater sand. I've been driving all over the county this week, looking for places a winter-weary soul might walk without showshoes, and one of my routes took me past horse farms in the hills above Saratoga Lake.  Several pastures held many mares and their foals, beautiful creatures whose presence certainly speaks of new life in Spring.  Even when Spring is taking its time to arrive. 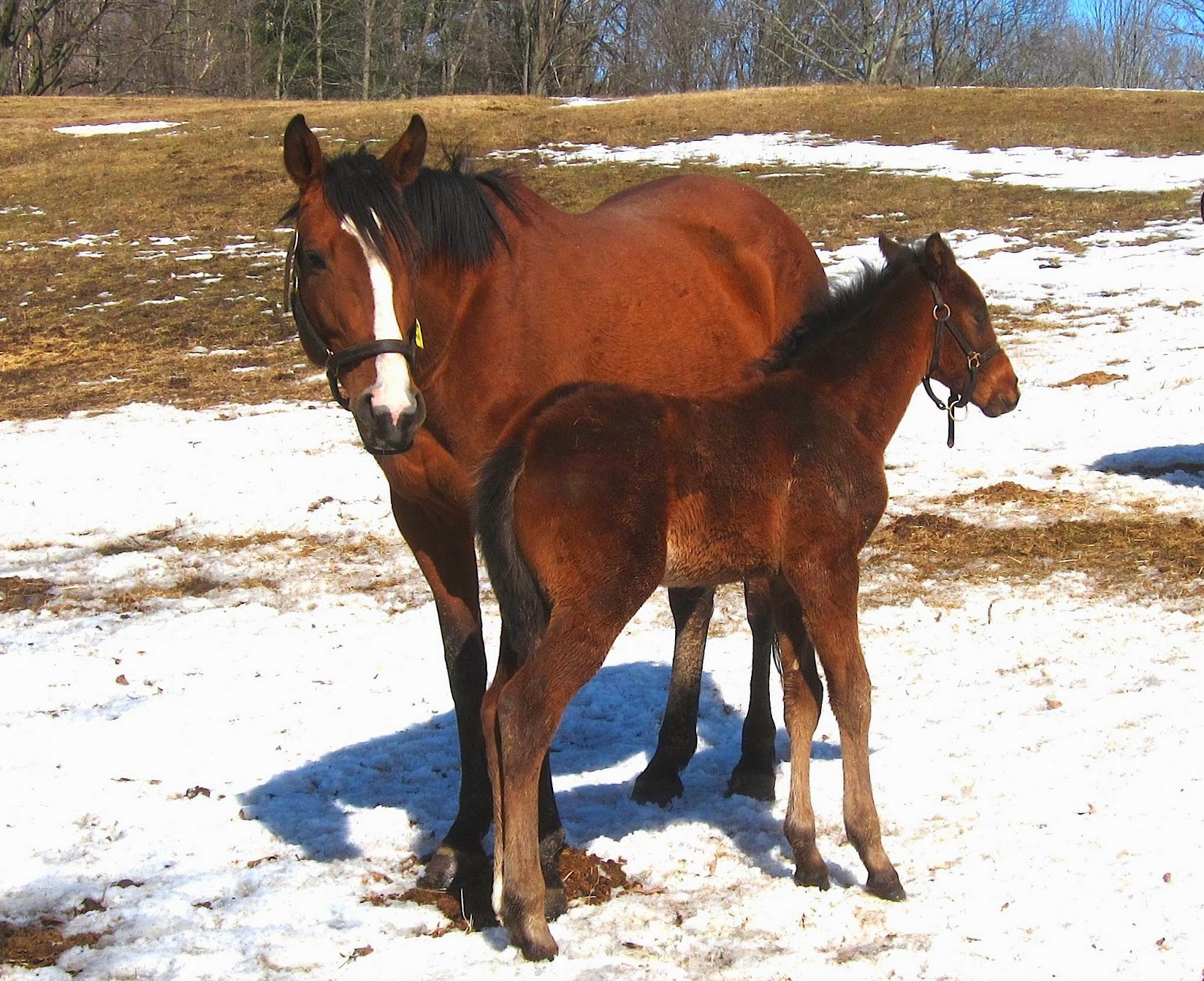 Posted by Jacqueline Donnelly at 10:11 PM

We in Michigan share your hope for a glorious spring!