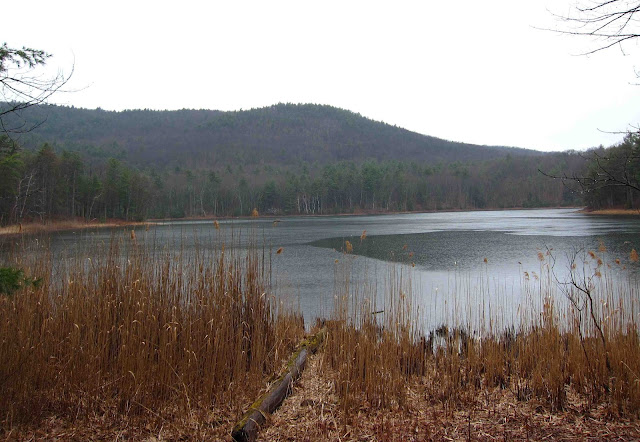 The rain started this afternoon as soon as I stepped from my car at Moreau Lake State Park.  Oh well, it wasn't cold or windy, so I zipped up my raincoat and pulled up the hood and set out for a walk around the lake, which is lovely in almost any weather.

I had come here to see if Trailing Arbutus was yet in bloom (which it wasn't) and also to check on a log that I knew was covered with the liverwort Ptilidium pulcherrimum.  The wonderful thing about liverworts is that you can usually find them right where you found them last year.  And so it was.  Looking especially ruddy and fluffy, too. 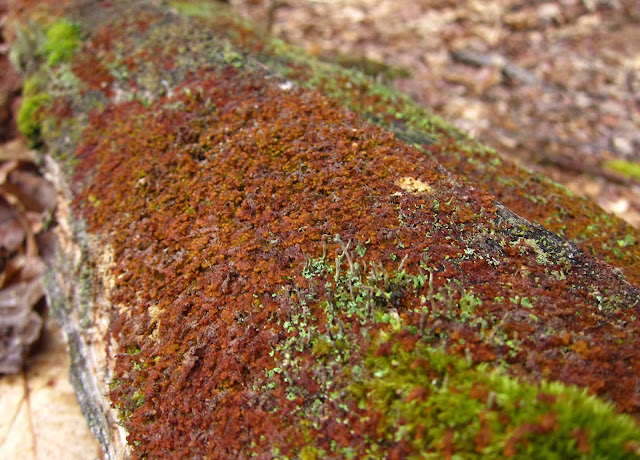 Very few liverworts have common names, but this particular one does, and it's more or less a literal translation of its scientific one.  Ptilidium comes from a Greek word meaning "small feather,"  which aptly describes the fluffy, feathery leaves, very different from most other liverworts.  Pulcherrimum means, roughly, "beautiful," and some might think of this shaggy carpet of muddy red stuff as beautiful, I suppose.  At any rate,  the common name for it is "Lovely Fuzzwort," and with a name like that, who could resist adoring it?  Especially when it's adorned with shiny dark balls on lime-jello stalks, which it was today.  These are the fruiting bodies of the liverwort, so tiny I couldn't see them with my naked eye, but the macro on my camera showed me a good view of them.

I wouldn't know all this cool stuff about liverworts and mosses and such if I didn't have extremely knowledgeable friends like Evelyn Greene and Bob Duncan,  who are very much interested in what grows on logs and rocks and are kind enough to try to teach me about it.  I joined Bob and Evelyn for a walk yesterday (a much sunnier day) to explore the Hudson riverbank downstream from the Thurman bridge near Warrensburg. We had hardly stepped from our car, however, before we encountered mossy boulders that needed to be examined. 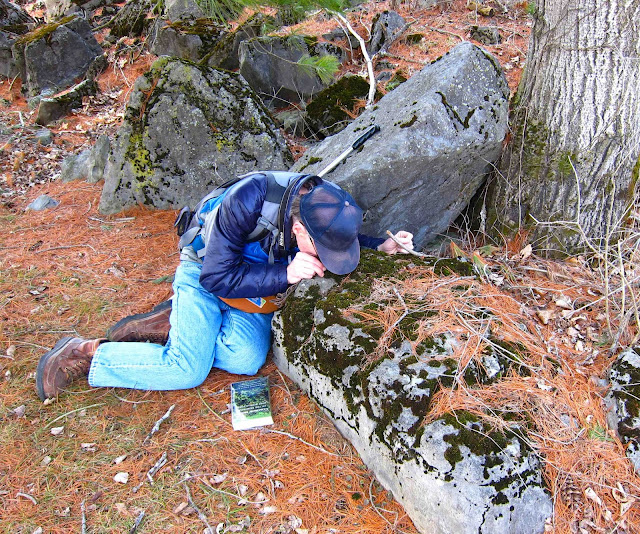 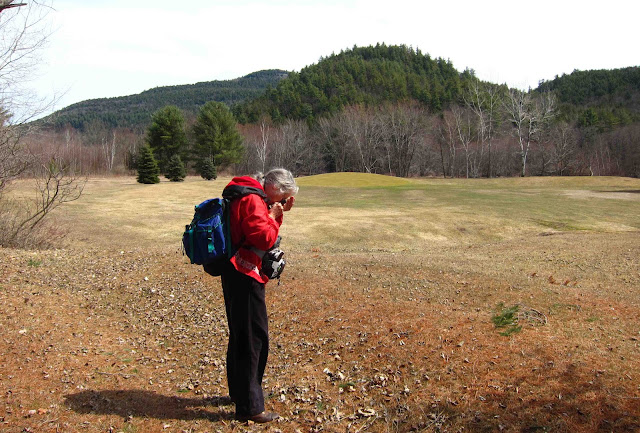 In the photo above, Evelyn is standing on the golf course of the Thousand Acre Ranch near Stony Creek, and the rosy-tipped trees in the distance are Silver Maples lining the banks of the Hudson River.  The fat red flower buds of these maples were just coming into bloom. 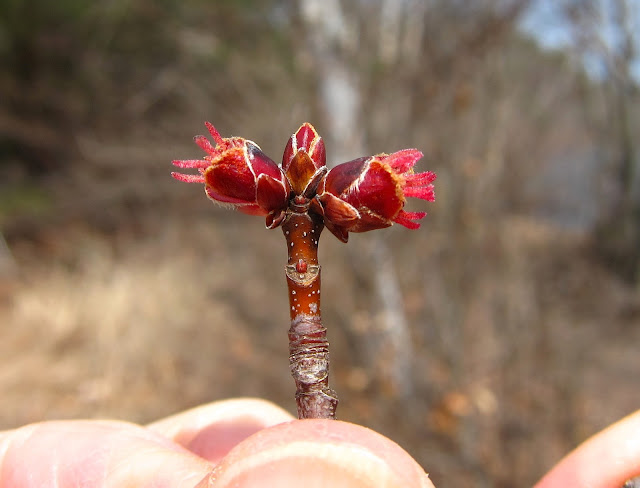 We had come to this particular spot on the river because Evelyn was curious to see if frazil ice still remained along the shore here, where it has been known to accumulate in winters past.  We saw a trace of frazil here and there on the banks, looking like bright white deposits of snow, but for the most part the banks were bare.


The scene upstream was a different matter entirely!  We drove north from the Thurman bridge until we reached the section of the Hudson River called the Ice Meadows, where heaps and heaps of frazil ice still mounted the banks right up to the road.   I would say it's pretty obvious how this section of riverbank came to be called by this name. 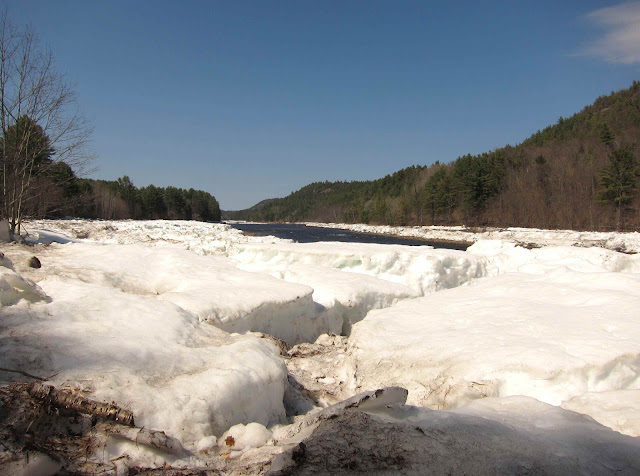 Posted by Jacqueline Donnelly at 10:41 PM

Yes, that's quite the sight with all the thick ice still on "the meadows".