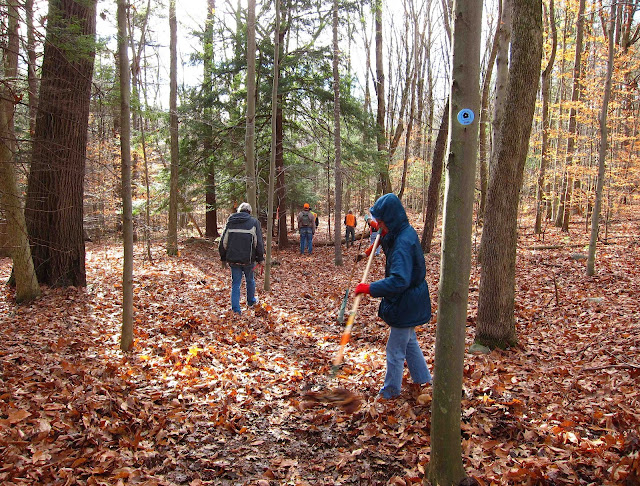 What better way to spend National Trails Day, November 3, than helping to mark and groom a new trail in Moreau Lake State Park?  For a number of years now, the park has owned extensive lands on the Warren County side of the Hudson River, but hiking options over there have been rather limited, since only a single trail had been marked and mapped to date.  Today we laid another trail, one that will give much better access to river views than the one that existed already, which runs almost entirely through deep woods.  In the photo above, the guys are setting out with axes and chain saws to remove small trees and fallen logs that obstruct the new trail, while a group of us women started clearing the path of fallen leaves and small limbs, making it easier for hikers to follow.


In the process of raking leaves from the trail, we uncovered this group of Downy Rattlesnake Plantain plants,  one of New York's many species of native orchids, which will bear spikes of very small white flowers next August.  The beautifully patterned leaves will stay green all winter, and to protect them from damage lest we have another snowless winter this year,  I covered them again with the leaves we had raked away. 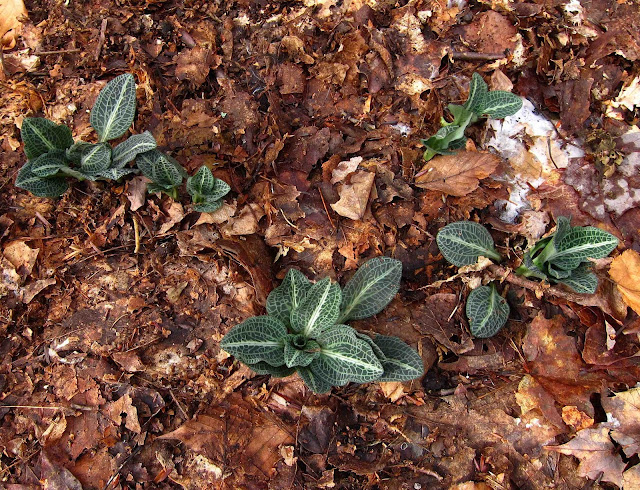 I hope to find many other interesting plants along this new section of trail, since it runs through rich woods that have a calcareous substrate, essential for certain plants that require lime-rich soils to thrive.  On other occasions, we have found the lovely pink-and-white Showy Orchids growing in this same area.


The portion of the new trail we worked on today leads directly down to the Hudson, coming out onto the river banks a short distance above Spier Falls Dam.  The land here flattens out into open sunny woods, which should make for a wonderful destination for picnickers. 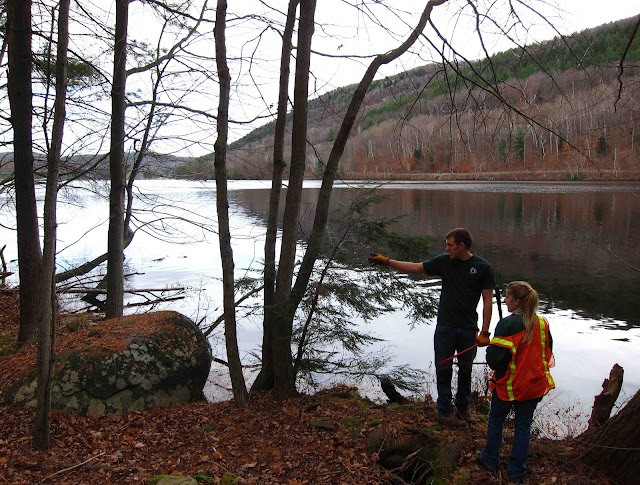 One of the most interesting features of this new trail are the ruins of old dwellings that remain in the woods, evidence of the early settlers who once farmed the lands along these banks.  Although the portion of the trail we worked on today ended at the location pictured here,  further work will continue the trail upstream along the river to where it will connect with the trail that had been cut in previous years. 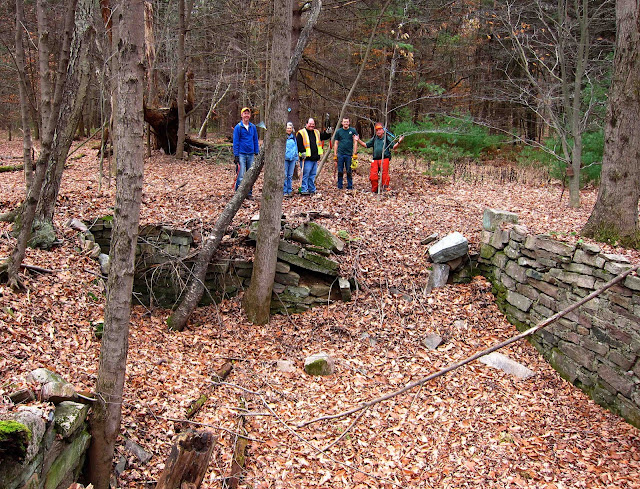 While the men were working with pickaxes and chainsaws to clear a hillside, they came upon a cluster of odd-looking mushrooms that nobody recognized.  I was grateful that they thought of me and brought a couple of specimens back to see if I could identify them.  Well, I certainly could not.  They are like nothing I have seen before, either in my woodland travels or in my several mushroom books. 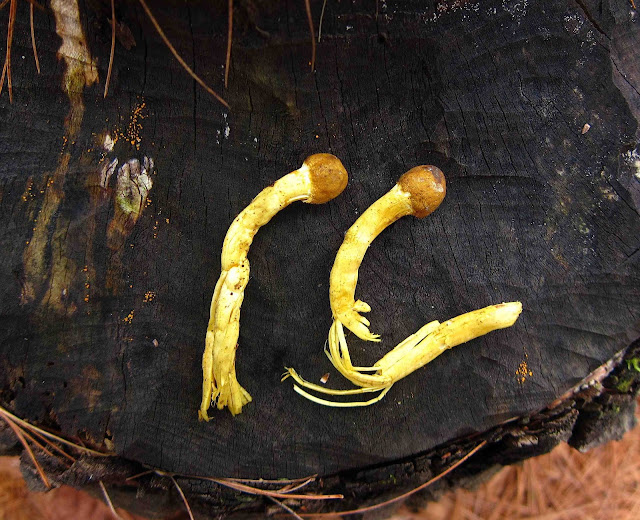 What looked at first glance to be closed caps at the top turned out to not be caps at all, but rather bulbous swellings covered with a brownish crust that was composed of tiny tubes, a crust that flaked off quite easily.  Very unusual, indeed!  I will send photos to mushroom experts I know, and hope that they will be able to give a name to this fascinating little fungus. 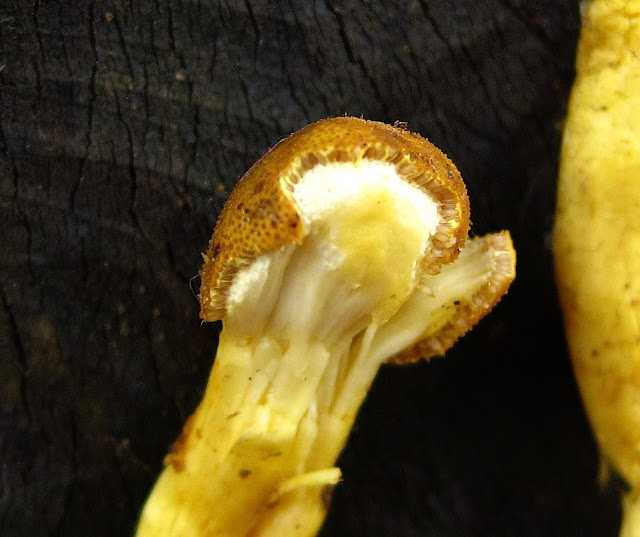 Update:  Big thanks go out to mycologist Sue Van Hook, who identified this fungus as Cordyceps capitata, a quite rare fungus that grows on the underground truffle-like fungus Elaphomyces.  When I looked up this species in my Augubon mushroom guide, I discovered that, although neither fungus is known to be edible, the Cordyceps has been used by Mexican shamans to divine the future, and the Elaphomyces has been used by some Europeans and Asians as an aphrodisiac.
Posted by Jacqueline Donnelly at 11:59 PM

What a great find! And that looks like it's gonna be a beautiful trail. Good work!

This wonderful post peaked my curiosity and initiated a visit this past Sunday. I can't thank you enough for that nudge. My son and I enjoyed the most wonderful morning hike in recent recollection. The morning was a bit overcast but the hike along the ridge overlooking the Hudson was spectacular. I am grateful for the effort you and the group from Moreau put into marking and clearing this trail. It is a four star jaunt for sure. Hats off to all of you. I am in the process of putting together a few photos from our morning. Thanks again!