The Eagles Are Here!

The Hudson ran dark and glassy today, providing the perfect background for spotting the snowy-white heads and tails of adult Bald Eagles.  With high hopes that we might do just that, about a dozen folks accompanied Moreau Lake State Park naturalist Gary Hill to the river this frosty-cold morning to search the water, the sky, and the forested banks where these majestic birds can sometimes be seen perching in trees.  Here we are at the boat launch site below Spier Falls Dam, scanning the hillsides downstream. 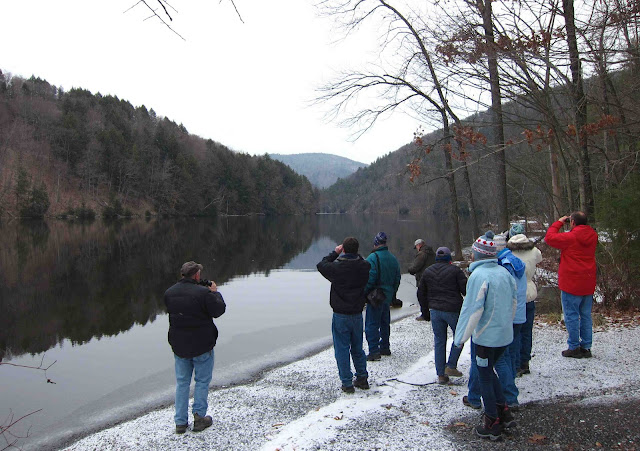 Here, my friend Sue is searching the river upstream.  We saw no eagles at this particular site, but Sue did point out some Hooded Mergansers paddling close to the opposite shore. 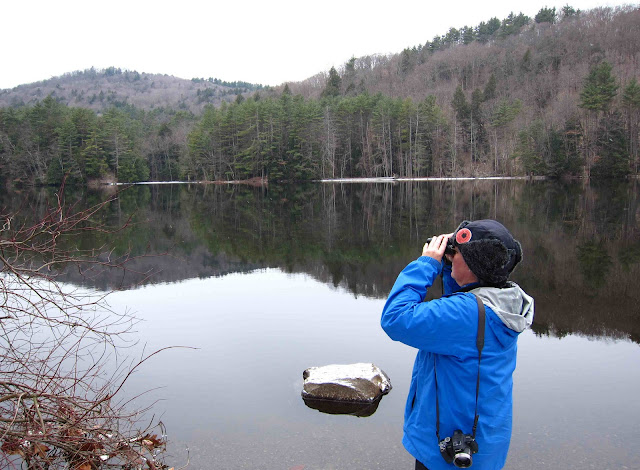 After stopping to search the river at several other places along Spier Falls Road, with no trace of eagles anywhere, we made our final stop at the boat launch site above Spier Falls Dam.  Here, the river was mostly frozen over, although there were still a few patches of open water where eagles could fish.  Also, as a feeding station to attract the eagles, park staffers had placed the carcass of a road-killed deer on the rocky promontory visible on the left side of this photo.  If we were going to see any eagles today, this was the best place to spot them. 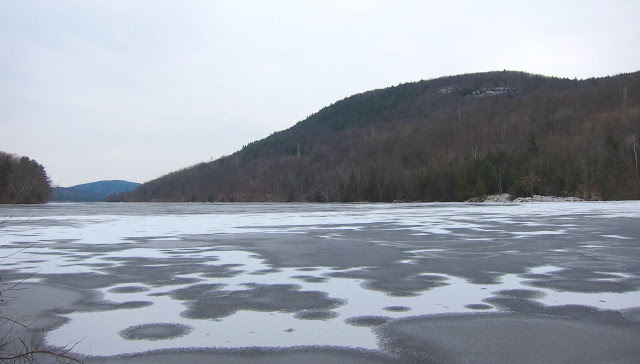 Sure enough, sharp-eyed Sue spotted an adult eagle flying along the hillsides upstream, although we promptly lost sight of it as it moved behind trees.  While most of our group continued to search for that elusive eagle upstream, I trained my binoculars across the bay to this clump of trees on the rocks, where I spotted a splotch of white.  Hey, I called, I think we've got another one here! 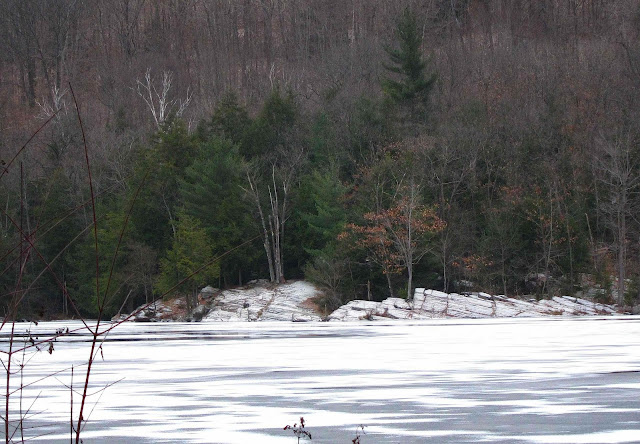 And there it was, just sitting there calmly in that clump of trees, directly above the deer carcass that had no doubt provided its breakfast.  I wish I could say that this photo was of that eagle, but it's actually one I took of another eagle along the Hudson last year.  Today's eagle took off before I could open my camera, and it flew across the bay to perch on the opposite bank, far out of my camera's focal range but clearly visible to us across the water.  Gary had brought along a spotting scope, so everybody was able to get a good view of this magnificent bird, which provided a nice reward for our standing around in the cold. 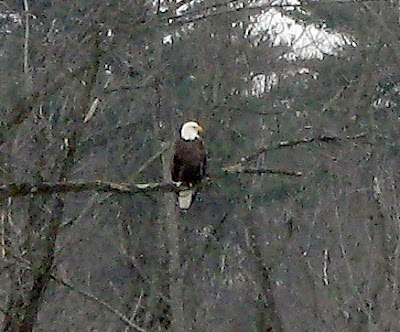 Posted by Jacqueline Donnelly at 12:06 AM

Last weekend, a sighting in Schoharie County. Seeing them in the sky above . . . like seeing a small airplane!